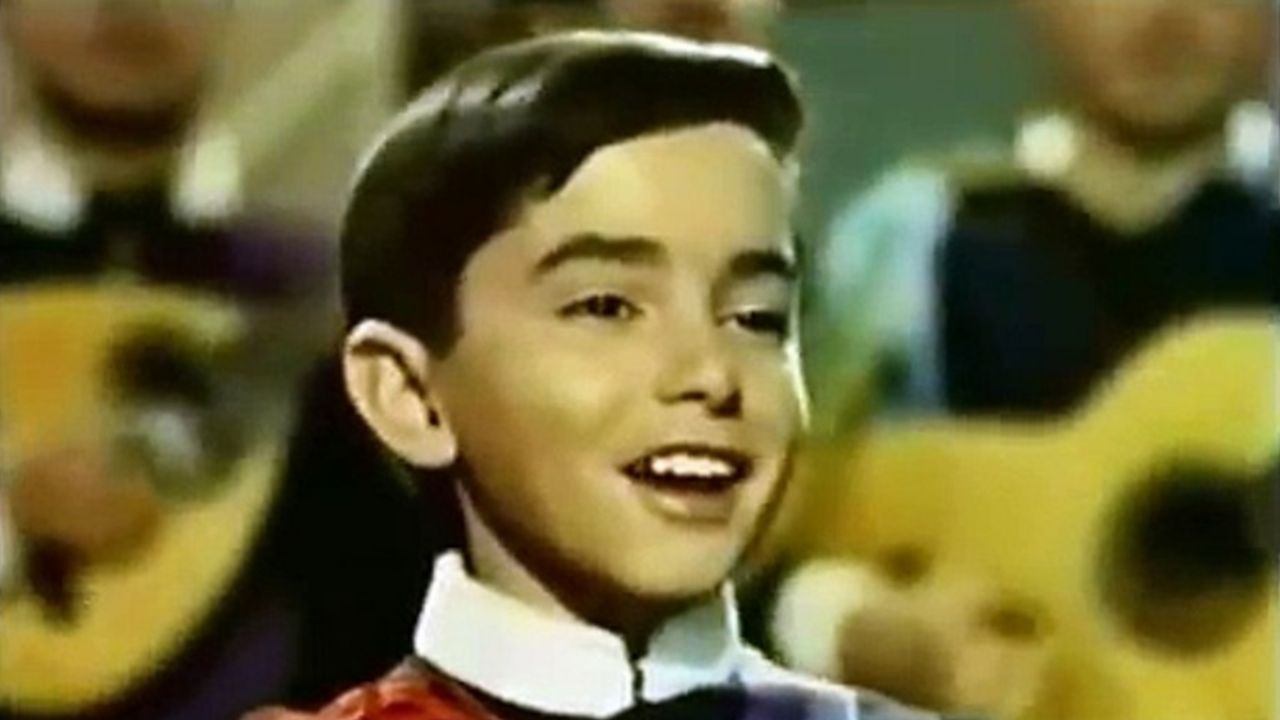 At the end of the golden age of cinema in Mexico, the national film industry went through a crisis, which could be overcome thanks to the emergence of various child actors such as Cesáreo Quezadas (Thumbelina) or Pepe Romay (Pepito), in addition, another factor that made it possible to overcome this crisis was the positioning of foreign actors, such as Joselito, who surprised Mexico and the world with his extraordinary ability to sing and it is precisely this Spanish actor that we will talk about today that we remember some information about his artistic career and we will tell you what “the nightingale child” looks like today.

Jose Jimenez Fernandez is the real name of Joselito, who was born on February 11, 1943 in Jaen, a province of the Iberian Peninsula in Spain. Joselito was born into a peasant family, he was the seventh child of his parents. It is known that from his early years showed extraordinary singing skills and they point out that at the age of three he was already capable of singing imitating the gypsies of his neighborhood.

Faced with this unusual and extraordinary ability of the little boy, one of his older brothers decided to take advantage of the situation and took Joselito to the taverns to get some money with his show and that is how he was discovered by a manager who got him his first presentations, so at just four years old he was already enrolled in tours throughout the Spanish territory.

After a few years singing, Joselito ventured into the world of cinema and debuted on the big screen and it was at that time that his fame reached world levels and adopted the nickname of “The nightingale child” for his extraordinary way of singing.

Joselito’s fame spread throughout Europe, Asia and various countries on the American continent, in addition, as mentioned before, the crisis of Mexican cinema allowed him to reach the national industry with force and he managed to record a couple of films in the territory. Aztec, one of the most remembered was “The Adventures of Joselito and Thumbelina”, in which he shared credits with the Mexican actor Cesáreo Quezadas.

Joselito’s career in film lasted around 13 years, however, its glory years were between 1956 and 1964 Well, as he grew, his fame diminished since with the arrival of adolescence his voice changed and his image was no longer that of a tender child, so little by little he lost relevance in the film industry until he was totally forgotten. .

After his departure from the cinema, Joselito went to live in Angola and there are many rumors about that time in his life because it is said that he was a hit man and other theories, however, he assures that he only went hunting and organizing safaris, later, in the 1990s, he returned to Spain and grabbed the headlines for being arrested in possession of cocaine, for which he was in prison for a few years.

On various occasions, Joselito He has assured that he was exploited by his manager, to whom he also attributes all the bad things that happened to him and his case is very popular because it is believed that he was the first child in the entertainment industry to be exploited.

Regarding his personal life, it is known that has been married twice and has two childrenHe is currently 78 years old and lives in Utiel, Valencia, in addition, he has appeared on different television programs to be honored or as a guest.