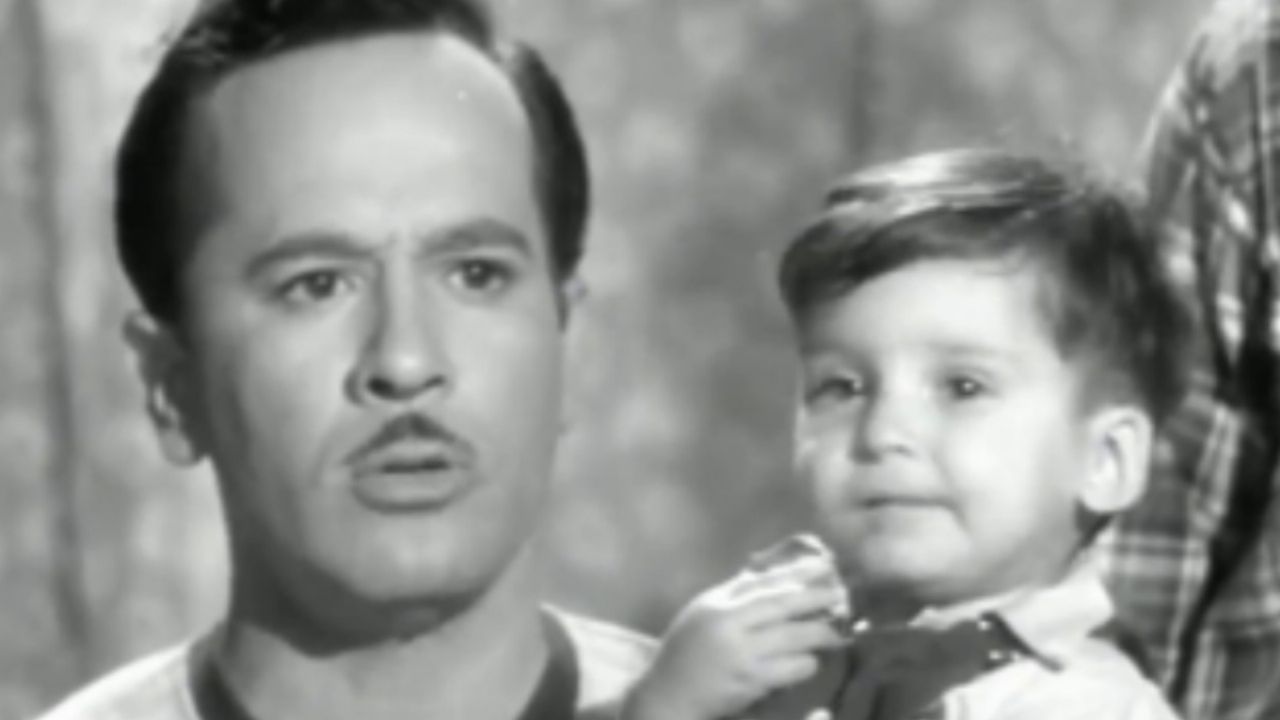 One of the most heartbreaking scenes of the golden age of mexican cinema it happened in the movie called “You rich ones” (¡948), in which Pepe “El Toro” (Pedro Infante) bitterly mourns the death of her little son “El Torito” (Emilio Fernández Girón), which continues to be remembered by the followers of the “Guamuchil Idol” and one of the most recurrent unknowns when remembering this film is What happened to the “Torito”? so below we tell you everything we know about the actor who gave life to this remembered character.

Emilio Girón Fernández gave life to the character of “The bull” when he was only one year and one month old, his first foray into film was precisely in “You rich ones” next to Pedro Infante and Blanca Estela Pavón As fictitious parents in history, their role had a great impact, so in the following months and years he was required to participate in other productions, although his career no longer had the same projection, however, he was able to stay within the artistic environment.

It is known that six years old and after having participated in around 14 movies, life forced him to end your career in the film industry Due to the sudden death of his father, his mother was no longer able to accompany him to continue his career because now he had to take care of his children.

At 12 years old, Emilio Fernández Girón suffers another setback in life because his mother also died, so he was forced to go live with one of his uncles in the border city of Nuevo Laredo, in the state of Tamaulipas, where he has commented that he was able to continue his studies, develop as an entrepreneur and start a family.

Currently, he is around 73 years old and has participated in different tributes to Pedro Infante as he is the only actor from “You rich people” who remains alive, in addition, he has mentioned that he likes very much that the public continues to remember his iconic role of the “Torito”, He has also described as a real stroke of luck being able to have worked together with the greatest idol of cinema and music in Mexico during that time, for which he is flattered to be able to participate in his tributes.

“You rich ones”, a film in which Emilio Fernández Girón participated as “El Torito”, was the second part of the remembered trilogy starring Pedro Infante as “Pepe”, Blanca Estela Pavón as “La Chorreada” and Evita Muñoz as “Chachita”. The first film in this trilogy was “We poor” and the third was “Pepe ” El Toro ‘”.

Today, this series of three films continues to be remembered as one of the most emblematic works of Pedro Infante In these productions he established himself as one of the greatest figures of the artistic medium in Mexico since he used his histrionic capacity to the maximum to give life to a character of the time.