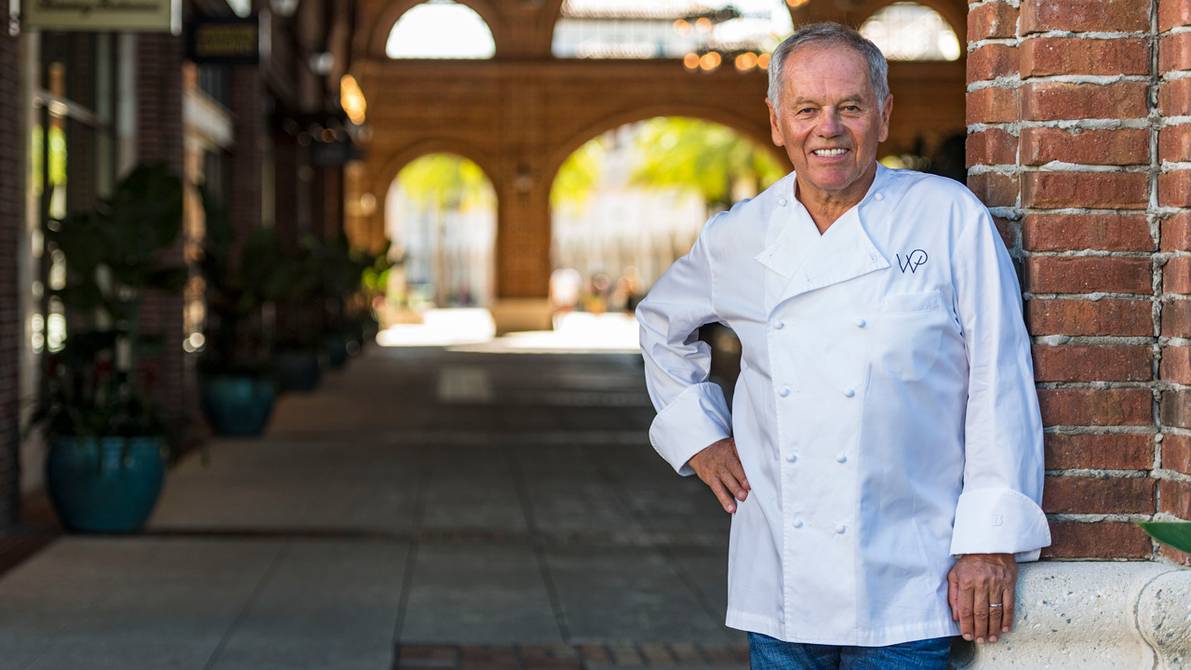 Inspiring story of a man who fled his country to achieve glory and become a culinary icon.

“Before the world moved slower, now everything is accelerated. I don’t like to talk a lot about the past because I think, in the end, how long we have to live. At my age I should think ‘Wolfgang, relax’, but it’s the opposite … ”, that’s how the film begins, with words from Wolfgang Puck himself that reveal what the viewer is about to find out in Disney Plus about the inspiring story of a man turned into legend through documentary Wolfgang: a legendary chef.

Puck is an Austrian (71 years old) nationalized American. His path to fame began in the United States during the 1970s, where he achieved create a radically new kitchen, claiming the concept of ‘celebrity chef’. His contact with famous people changed the perception of what it was like to be in charge of the haute cuisine stoves. He was the one who introduced the idea of ​​putting glass between the kitchen and the diners; He was also responsible for offering pizza in a luxury menu. His cooking led him to rub elbows with visiting Hollywood stars Spago, the restaurant that opened with so much sacrifice in Los Angeles together with his ex-wife Barbara Lazaroff, with whom he had two children, Cameron and Byron, the latter has been in charge of taking over his father’s business.

He’s written cookbooks, he’s put his name on more than 20 restaurants around the world, has become a fixture of the Academy Awards after serving the afterparty For nearly three decades, it industrialized premium canned foods. “Jennifer Lawrence once asked me who I was and then she said, ‘Oh my God, I have you in my soup cans at home!’ She said in an interview on People.

It is the first time that Wolfgang publicly ventilates his private and professional life. The commission was left to the young filmmaker David Gelb as director and producer, who achieves a successful approach to the childhood of Wolfgang since he abruptly left his home in Austria, leaving everything behind: poverty, his mother, his sisters and his stepfather, the latter causing the adolescent to flee. “He always said he wanted to get out of hell”, says the protagonist.

“Wolfgang became the center of attention in a way that no chef has ever done before. In doing so, he demonstrated that a chef can be a storyteller, a teacher, and a friend. “says Gelb, 37.

“The way David Gelb told this story made me realize how far I have come from my humble beginnings. In one sentence we call it ‘the American dream‘”Says Wolf in Variety.

The film manages to know this and other family facets until he becomes a world-renowned chef. The film premiered at the Tribeca Film Festival the previous June, prior to its premiere at streaming. “People knew who owned the restaurant, they rarely knew who was cooking,” says one of the guest food critics in the film. Other scenes of Puck appear on screen, including many of his encounters with celebrities, before the video turns to more sentimental moments, with him reflecting on how he got to where he is. “When I was a child in Austria, life with my stepfather was really difficult. He told me, ‘you will never be anything’ “recalls Puck. “If you are a real man, stay out of the kitchen. But for me the kitchen was the only place where I felt safe. I decided at that moment that I wanted to prove him wrong. “

When he was 19 he went to work at the French restaurant Baumaniere from award-winning chef Raymond Thuillier (1897-1993), who became Puck’s mentor. At the age of 24, he came to Los Angeles and started working in My house, a restaurant where, after a few years, he realized that he was not receiving the recognition he deserved from the owner – a businessman whom Puck reminded, at times, of his infamous stepfather. It was in that place where he found that, in most restaurants, the ingredients used to prepare food were processed. Until he discovered a farm outside of Los Angeles, where he instituted the idea of ​​using fresh, freshly harvested ingredients.

Barbara, his first wife, was the one who promoted him as an entrepreneur after his experience at Ma Maison, because she convinced him to open his own business (Spago). From that moment it took off. Wolf paved the way for the culinary industry of chefs on television in America. Puck works in more than 100 restaurants around the world, has two Michelin stars, is the only two-time winner of the Outstanding Chef James Beard award. Its name encompasses cookbooks and kitchen and food items. His trademarked recipes have been distributed in newspapers and on websites. He hosted the Emmy Award-winning show ‘Wolfgang Puck’ on Food Network, was the first regular guest chef on ‘Good Morning America’, has been honored with a star on the Hollywood Walk of Fame and was inducted into the Culinary Hall of Fame.

As the film progresses, Wolf accepts the need for a family (the strenuous work led him to neglect his wife and children), allows us to see the wound he left open in Austria because he returns to the grave of his mother and grandmother accompanied by his sister. “For me, food is family. Making people happy is my purpose in life ”. It’s the human side that makes this documentary an unmissable in the midst of so many titles full of fiction and special effects from the Disney platform.