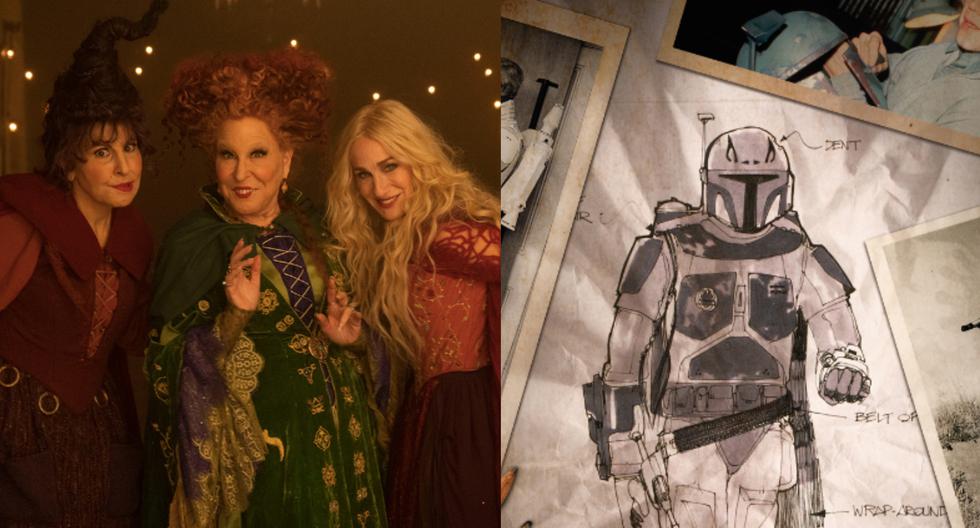 The streaming service Disney + celebrates its second anniversary in style with Disney + Day, the date on which it holds a special event through social networks and which is accompanied by promotions in all the company’s divisions. This year, he also used it to exclusively share what are the next premieres that will arrive in 2022 on the streaming service.

On social media, we can see exclusive clips and appearances by Disney + creators and stars for upcoming content from Disney, Pixar, Marvel, Star Wars, National Geographic and Star.

Here are series and movies that were announced and are now available on the streaming service:

“How Happier Than Ever Was Made: A Love Letter to Los Angeles”: A new documentary about Billie Eilish’s recent movie concert experience at Disney +.

“Marvel Studios Legends: Hawkeye”: an episode that reviews all of Hawkeye’s epic moments from the MCU in preparation for the streaming service’s next original series.

Other premieres: “Shang-Chi and the Legend of the Ten Rings”, “Jungle Cruise”, “Dopesick: Story of an Addiction”, “Finally”, “Alone at Home”, “Olaf Presents”, “Ciao Alberto” , “Intertwined”, “The Simpsons on Plus Anniversary”, “The World According to Jeff Goldblum”, “Under the Helmet: The Legacy of Boba Fett”, among others.

Among the special events for Disney + Day, the next premieres for 2022 were announced. Below is the complete list of series and movies that will be available from next year.

The film that stars Amy Adams and Patrick Dempsey will be available in 2022 on Disney Plus and will be called “Disenchanted.” The first part was released in 2007.

Amy Adams and @PatrickDempsey are sharing a bit of magic straight from Andalasia! #DisneyPlusDay #Disenchanted pic.twitter.com/gOdflzQWWs

The hit movies “Ice Age” will have one more tape. Disney + has released the first preview of Ice Age, The Adventures of Buck, the story that takes up the animated saga this time on television. This sequel will be called “The Ice Age Adventures of Buck Wild.”

Tom Hanks will star in the live action of Pinocchio, this was confirmed on Disney Plus Day. The tape will arrive in 2022 to streaming. The cast is completed by Cynthia Erivo, Luke Evans, Benjamin Evan Ainsworth, Joseph Gordon-Levitt, Keegan-Michael Key and Lorraine Bracco. Robert Zemeckis will be the director.

The film “Predator” will have a sequel, as it was officially announced on Disney Plus Day. The new film in the Predator saga will be called “Prey” and will go directly to streaming via Star + for Latin America. The premiere will be in 2022.

Along with the first official photo, Disney Plus has revealed that the sequel to “Hocus Pocus”, the classic 1993 Halloween movie, will be released. According to what they revealed, it will be released to the platform in the fall of next year.

Cheaper By the Dozen

There will be a remake of the 2003 film that starred Hillary Duf. This time the actors who will star in the new film are Gabrielle Union and Zach Braff. She shared a video on Twitter to announce this good news.

.@ItsGabrielleU and @ZachBraff are giving you a dozen reasons to be excited this #DisneyPlusDay. pic.twitter.com/r8Sr0nQmQ7

(Note in development: We will continue to update Disney + announcements live)

Disney + Day: these are the premieres that will arrive in 2022