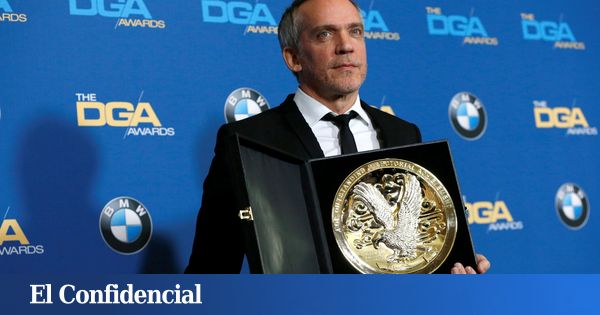 Canadian writer, director, editor and producer Jean-Marc Vallee has died suddenly at the age of 58, according to the North American newspaper ‘Deadline’, which points out that the nominee for best director at the Oscars for ‘Dallas Buyers Club’, he was in his cabin from the outskirts of Quebec.

‘Dallas Buyers Club’ awarded Oscars to actors Matthew McConaughey and Jared Leto. His press office has indicated that both his family and those closest to him they are in shock. Born in Montreal, Vallé began his film career by making short films and made his directorial debut in 1995 with ‘Black list’.

His rise to fame came with C.R.A.Z.Y., for which he won four Genie Awards in Canada, including Best Picture, Best Screenplay, and Best Director.

After directing ‘Young Victoria’ and ‘Café de Flore’, Vallée was consolidated as a director with ‘Dallas Buyers Club’, a film based on the real life of Ron Woodroof, an electrician from Texas (United States) who is diagnosed with AIDS and given a life expectancy of one month.

With McConaughey, Leto y Jennifer Garner As protagonists, the first two won an award at the Golden Globes and repeated an Oscar award, where the film also received nominations for Best Film and Best Original Screenplay. Vallée was also nominated for an Oscar for Best Film Editing and won another Oscar for Best Makeup.

Years later, the Canadian director produced series such as ‘Big Little Lies’ from HBO with which he received the DGA Award and the Primetime Emy Award. In total, this series won eight Emmy Awards and four Golden Globes. Another of his directions and executive productions for HBO was ‘Open wounds’, with which he obtained eight Emmy Award nominations.

In a statement, HBO has described Jean-Marc Vallée as a “brilliant and fiercely dedicated filmmaker.” “A truly phenomenal talent that infused each scene with an emotional and deeply visceral truth,” laments the statement that also highlights that he was an “enormously loving” man who invested all his being with the actors he directed.

“We are dismayed by the news of his sudden death, and we extend our condolences to his sons, Alex and Émile, his family and his longtime producing partner, Nathan Ross, “he concludes.

Precisely, his production partner, Nathan Ross, has described him as a friend, creative partner and as “an older brother”. “We will miss the teacher deeply, but it is a comfort to know that his beautiful style and his impressive work that he shared with the world will endure, “he said.