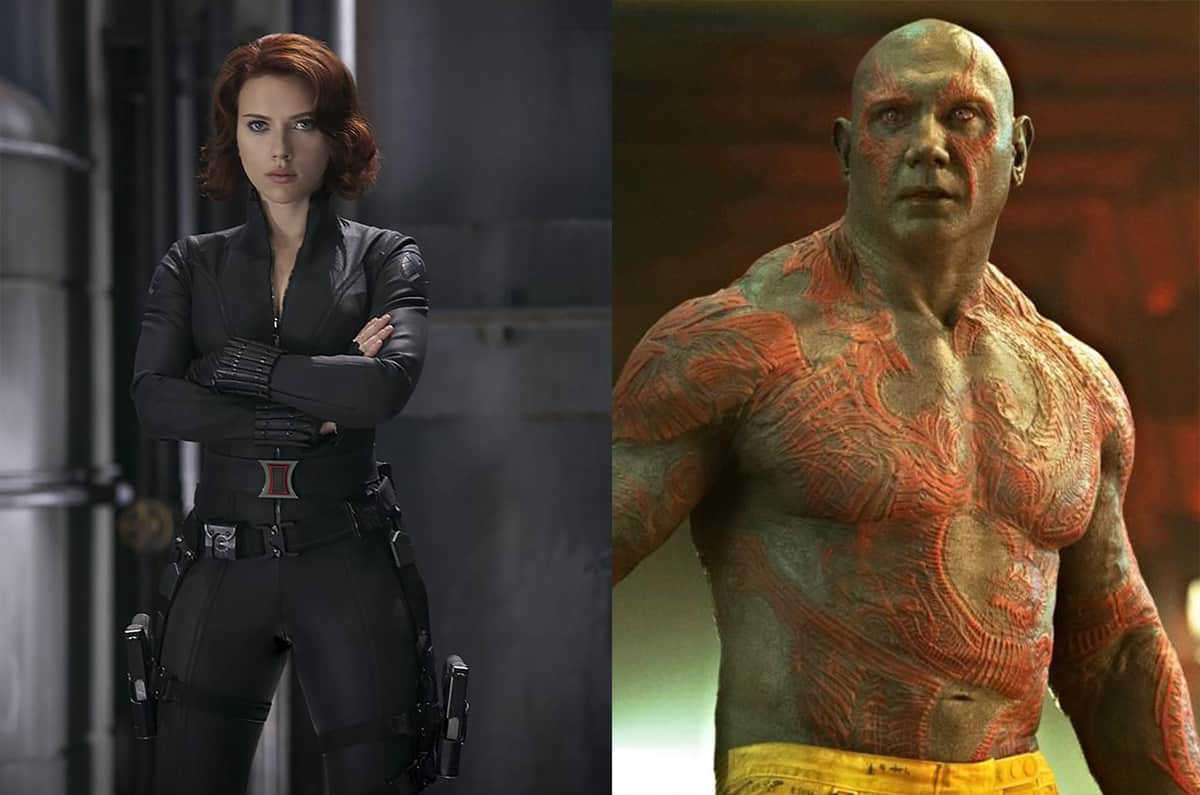 After some creative and even contractual differences, Marvel Studios says goodbye to two of its great stars … Will both arrive in the DC Extended Universe?

Marvel Studios has set the tone for the superhero film genre since 2008, when the production company dared to launch Iron Man. Despite being considered a risk in all aspects, the making of this film managed to steal everyone’s attention Hollywood, positioning the studio as a worthy competitor in the industry. Over the years, the today known as Cinematographic Universe of Marvel reached the pinnacle. With 4 phases in its general history, hundreds of stars, including the highest paid in cinema, everything is growing.

However, some of the celebrities, very few, in fact, have reservations with ‘The House of Ideas’. One of the cases is that of the former fighter Dave Bautista, who plays Drax, one of the Guardians of the Galaxy. The artist has felt violated and has insisted on having a different vision of his character. This and other factors seem to have tired him. In this way, being very informal in the notification, Bautista announced his retirement from the UCM.

Immediately the rumors began and everything indicates that the interpreter will leave with the competition. The transition would be from hero to villain, as he will be about to impersonate Bane, the iconic enemy of Batman. It should be noted that this role has already been covered by Tom Hardy on Dark Knight Rises (2012).

Likewise, after the huge pseudo-legal scandal that Scarlett Johansson and Disney, due to broadcasting rights and payment for Black Widow, the actress was canceled from other projects with the popular network. Consequently, it would be in the plans of the famous also to follow in the footsteps of Bautista.

In his case, he would also put his face on an enemy of Gotham, would Poison Ivy. It is key to mention that this character has not been seen on the big screen since 1997, when Uma Thurman developed it.

She is expected to be one of the cast members in the next film. Gotham City Sirens. However, after the irregular ticket office of The Suicide Squad and Birds of Prey, all plans would be subject to modification.

The truth is that both Dave Bautista and Scarlett Johansson would give great appeal to the projects of the DCEU, in part, for having appeared in the MCU, which took them to another level of stardom.