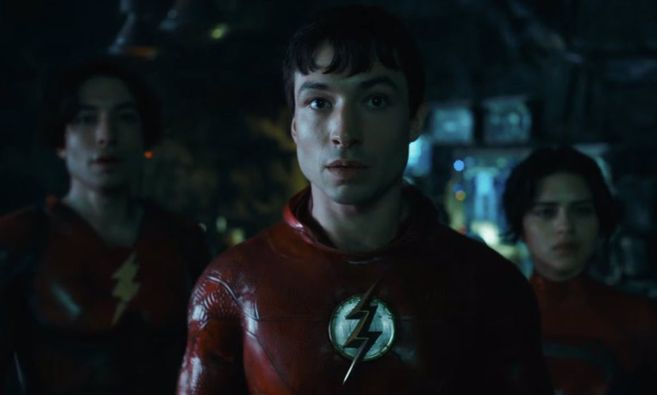 On the day of the celebration of the characters and products related to DC, a preview of the film starring Ezra Miller was presented. In addition, the participation of two emblematic Batman is confirmed: Michael Keaton and Ben Affleck.

The first trailer of The Flash. The ‘solo’ film of the superhero played by Ezra Miller that will open wide the doors of the DC Multiverse, as enshrined in the trailer released within the framework of the DC Fandome.

(Also read: New Batman trailer: This is how the film starring Robert Pattinson will look)

A short trailer, just over a minute, but very intense and revealing that shows how two versions of Barry Allen, both played by Miller, accompanied by the new Supergirl, played by Sasha Calle, try to add an old acquaintance to their plan : Michael Keaton’s Batman.

The trailer shows how the three young heroes flock to Wayne’s run-down mansion to recruit him … But Gotham’s veteran guardian won’t be easily swayed.

“Tell me one thing, you can go anywhere you want, any timeline, any universe … why would you stay and fight to save this universe?” Asks Wayne in the trailer.

(We recommend: Not only The Squid Game, here are other controversial series from Netflix, HBO and more)

Keaton’s return, although expected, had already been confirmed for several months. The actor played Batman (1989) and Batman Returns (1992), both films directed by Tim Burton.

And he will not be the only Bruce Wayne in the film, since the presence of the Dark Knight of the late Snyderverse, Ben Affleck’s Batman, is also confirmed.

(Also: “Matrix Resurrections”: some revelations from the official synopsis)

Along with Keaton, Aflleck and Ezra Miller, in the cast of The Flash The participation of the aforementioned Sasha Calle as Supergirl, Kiersey Clemons, as Iris West and Maribel Verdú and Ron Livingston as Barry’s parents is also confirmed.

Directed by Andy Muschietti, The Flash It will hit theaters in November 2022.