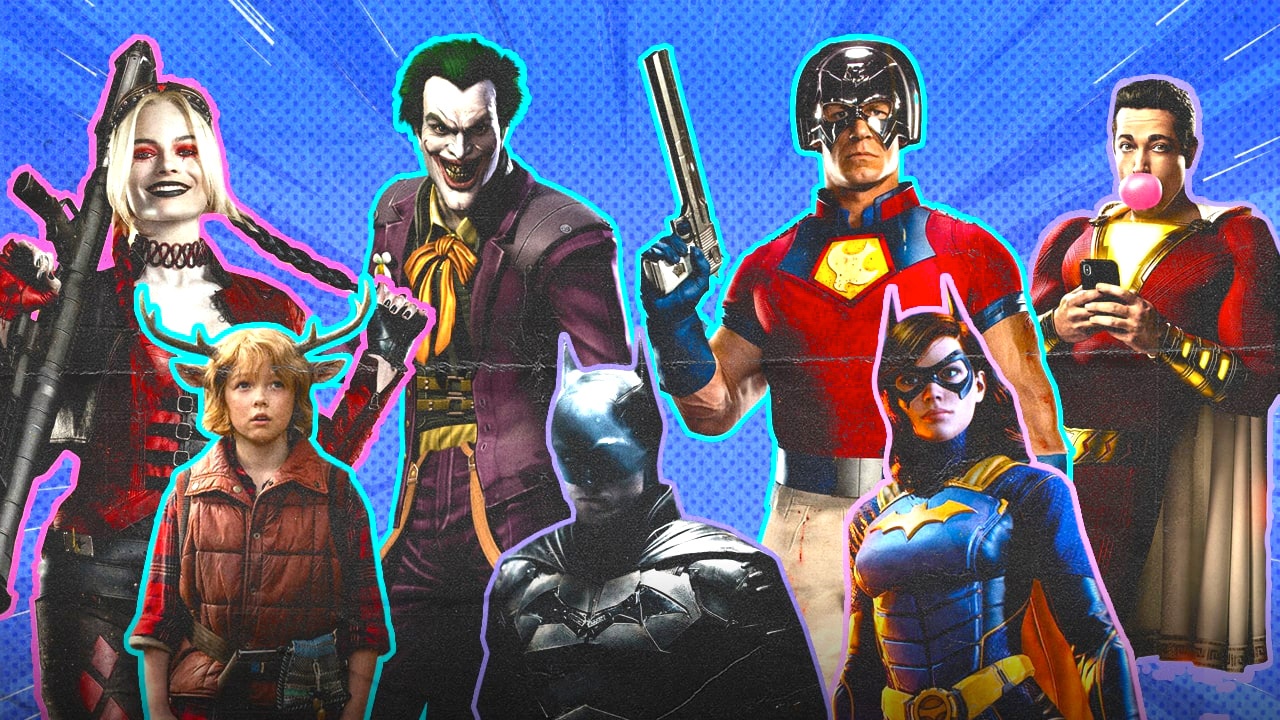 The moment arrive! A year after its total success, the DC FanDome returns with new updates on the world of superheroes, including the trailer for ‘The Batman’ and a first look at the Peacemaker series of ‘The Suicide Squad’.

Well they say that love is short and oblivion is long. Last year the first edition of DC FanDome was held, an online event that surprised locals and strangers when it presented us with the latest news of the premieres, at that time, most anticipated. All year long we miss the virtual congregation to overflow fanaticism for our favorite titles from the DC universe and it will be (finally) this October 16 that the convention returns. Starting at noon, fans around the world will be able to digitally connect to witness their first look at the series of Peacemaker and an exclusive preview of The Batman.

You read that right, the first look at Peacemaker! After the premiere of The Suicide Squad, the audience was left wanting to see more time on screen to the unforgettable John Cena as Christopher Smith, a man so committed to world peace that he will not hesitate to assassinate those who stand in his way. What a fichita, right? The series is produced and written by James Gunn, the person in charge of having introduced this character to the big screen.

DC FanDome has other surprises up its sleeve, and it is that it will give us (finally) the exclusive preview of The Batman, movie directed by Matt Reeves and starring Robert pattinson. The expectation about this title only increases, as we remember that a few days ago they were announced New details on Pattinson’s Dark Knight at CinemaCon.

While those titles seem stellar, the DC FanDome is a world of possibilities. In addition to those two great news, the digital convention will reveal to us the first images of Black Adam, a look at Flash, as well as behind-the-scenes footage from Aquaman and the kingdom lost and Shazam! The fury of the gods. What more can we ask for?

The DC FanDome will also have updates on several major DC series, those that have already built a good fan base. Among the titles that will present news and advances are Sweet Tooth, Flash, Batwoman and Superman & Lois; in addition to a farewell tribute to Supergirl. For its part, HBO Max will reveal surprises that relate to Titans and Doom Patrol.

And how DC FanDome became a digital event that brought together fans of any generation through platforms such as Twitch, YouTube, Facebook y Twitter, the convention decided to expand its horizons to pamper the smallest of the universe by creating DC Kids FanDome, where children and their parents safely explore the DC multiverse alongside their favorite superheroes and sneak peeks from Batwheels, DC Super Hero Girls and Teen Titans Go! Special activities will take place in DCKidsFanDome.com

In 2020, when the world seemed to be on hiatus, the DC FanDome accomplished what no other convention did: 22 million visits from 220 countries in the world, so he brought the entire fandom together in one place. It has now been announced that the online store to purchase special products related to the congregation is available from September 24 with clothes, collectibles and more surprises just for fans of red bone. Set aside October 16 on your calendar because this will be an event you don’t want to miss.