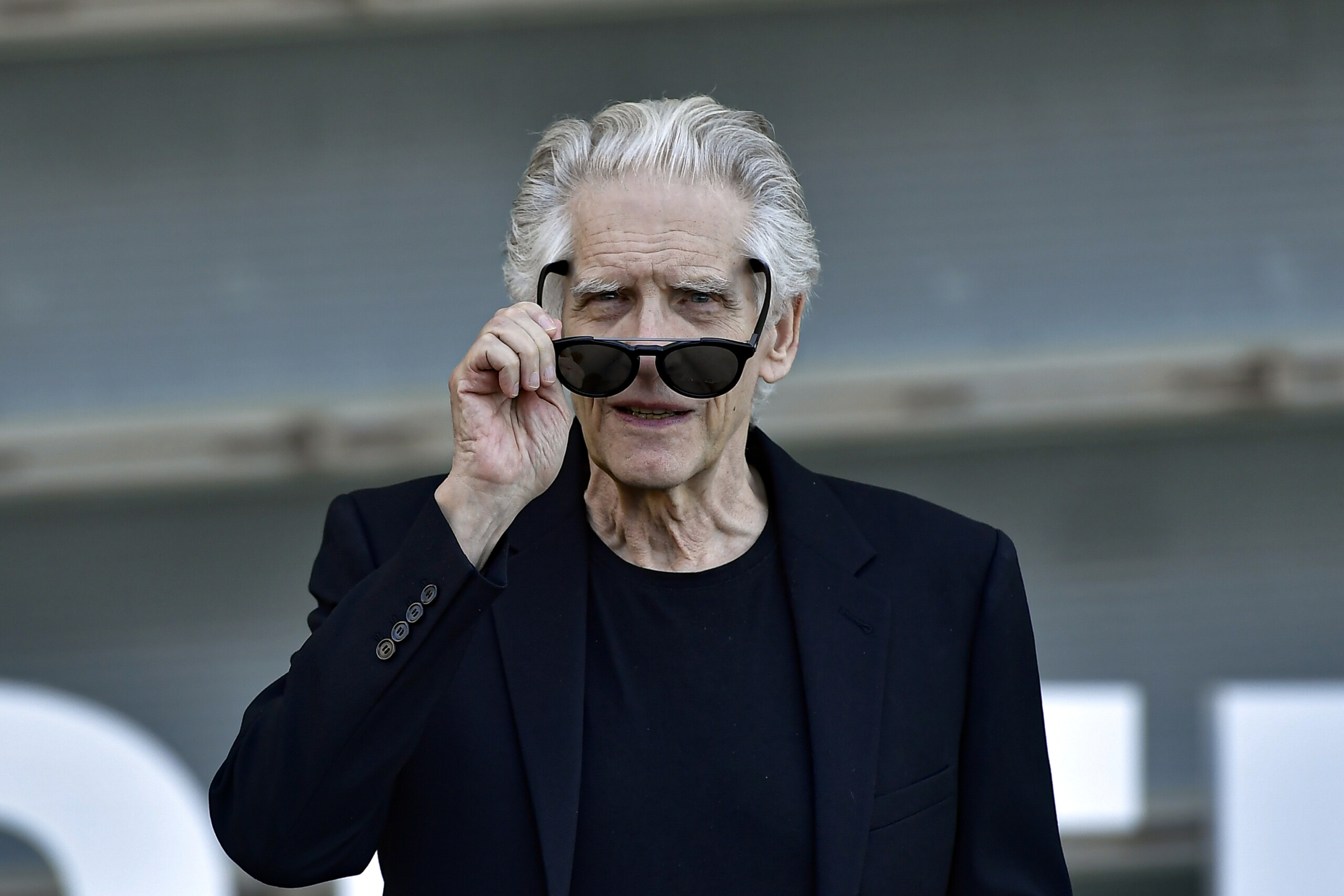 The Canadian director, who premieres ‘Crimes of the Future’ after eight years of inactivity, receives the Donostia Award and claims cinema as a tool to access the dark side of the human being

He says David Cronenberg that a good part of the ideology of his cinema is already embedded in his own body. That dream of meat transformed by technology is already, now that she is 79 years old, a fact. And so it is, that she had to delay the start of her appearance before the press because the hearing aid that helps her hear what the ears cannot reach by themselves does not allow the use of headphones added by that of the translation . “Also, I just had cataract surgery, so my vision is also new. I am a binary man. I am the future”, he commented from the dais shortly before beginning an erratic journey of his own. On Wednesday, the director receives the second Donostia Award at the San Sebastian Festival that we are dealing with, and he does so while presenting ‘Crimes of the Future’ his return to the screen after almost eight years of silence.

Cronenberg says that somehow the filmmaker’s job involves teaching what, perhaps out of education, we should not see. “As I held some time ago at a conference, I am convinced that art is a crime. In essence, any artistic activity is criminal and we artists are nothing more than criminals. I share Freud’s idea that civilization exists to sublimate the savage and primitive desires that drive us to murder and rape. There are people who still do it, but they are the least. Art is an activity that allows us to explore those dark territories to somehow exocize them. Everything repressed needs to be understood. For this reason, the original attraction of the cinema is always for the forbidden”, he affirms, taking a second and concluding:” I hope to continue committing crimes in the future with more films “.

The director says that he never thought of making movies, that his father was a writer and that, in some way, led him to edit his first novel when he was 20 years old. “Then,” he says, “it would take almost 50 years to publish another one. In between, I was kidnapped by the cinema, but, deep inside, I still feel like I’m a novelist.” Let’s say that the kidnapping not only determined his life but, hurrying up, changed the story itself, that of many viewers, that of independent cinema and even that of the meat that passed from normal meat to “new meat”.

And all because, as he says, back in the 1960s he heard that in a place a little further south of his native Toronto, movies were made without the intervention of major studios. “The underground New Yorker changed everything. Suddenly, you could take a camera and with a little money make a movie”, he recalls. By 1970 he already had two tapes signed with his name: ‘Stereo‘ and the production that now sees a new version ‘Crimes of the future’.And from there, everything else: the new terror, the new mutations, the totemic adaptation of ‘Crash‘ according to JG Ballard’s novel, the success of ‘inseparable‘, romance with Viggo Mortensen since ‘A history of violence’ onwards… And so on until witnessing the death of Cronenberg himself (he made a short that he also starred in with his latex corpse) and his complete self-cannibalization, albeit metaphorical, that his latest work proposes. Cronenberg eats Cronenberg.

And always attentive to see the future from afar. All of his cinema, in fact, has something prophetic about it. There is something of an omen (a dirty omen, one of its characters is heard saying). The protagonists of Crash, for example, they move around the screen like ghosts with no past or future. They expect nothing because they seek nothing. Their only concern is to attend to that mechanical libido that makes them jiggle softly and obscenely between the folds of upholstery in a junkyard car. There, perhaps the last vestige of humanity resides.

When years later, in 2012, the director returned to lock an entire film inside a vehicle, those characters tortured and rocked by the gentle idle of a four-stroke engine, would finally acquire the consciousness of all the dizziness of a time harassed by all the crises (in addition to the economic, environmental and migratory ones). There is only one possible shelter, and that shelter is an illusion, just out in the open. That’s what I was talking about ‘cosmopolitan‘.

In ‘Crimes of the Future’ places the human species before the possibility of its salvation. The film tells the life of Saul Tenser (Viggo Mortensen), an artist known for his revolutionary and subversive performances and for his facility for ‘give birth‘ organs before a fiery audience as trapeze artists do somersaults. With the help of Caprice (La Seydoux), a former surgeon, she stages the removal and metamorphosis of her viscera. Timlin (Kristen Stewart), a researcher at the National Organ Registry Office, closely follows her practices. And so on until a mysterious group appears to turn Saul into a prophet. of the impending stage of human evolution.

“Can the human body evolve to solve the problems that we have created? Can it generate a system that allows it to digest plastic and synthetic materials, not only with the aim of providing a solution to the issue of climate change, but to grow, prosper and survive?” asks Cronenberg turned round himself. “I am very worried about what is happening: the war… I don’t know if we will be able to turn back this time. The human being demonstrates an incredible drive and creativity to destroy. I’m not particularly optimistic,” he adds. “In any case,” he points out, “it’s not my job to be a prophet. I’m not trying to predict the future. I am not a politician either. But it is true that, as an artist, you have antennae that are perhaps more sensitive than other people’s..

He comments that it was never his intention to push the audience in any direction, that the obsession with the limit that is blamed so much on him is more a matter of others than his ideology. “I am not, as Hitchcock said, a puppet master who directs the audience’s reaction so that they laugh, cry or get scared when I say. No, I just show what I have experienced and then invite others to be them what they experience not the same as me, but whatever it is that my work motivates them,” he says.

Cronenberg refuses to be called a prophet. He claims to be an atheist, not believing in religions. But, like a reflex action, he can’t help but resist himself and even contradict his every word. “Cinema is there to destabilize, to disturb, to perhaps see what you don’t want to see”, speaks the mess. The last Donostia Award speaks. Amen.

David Cronenberg: “Artists are criminals and art is a crime”