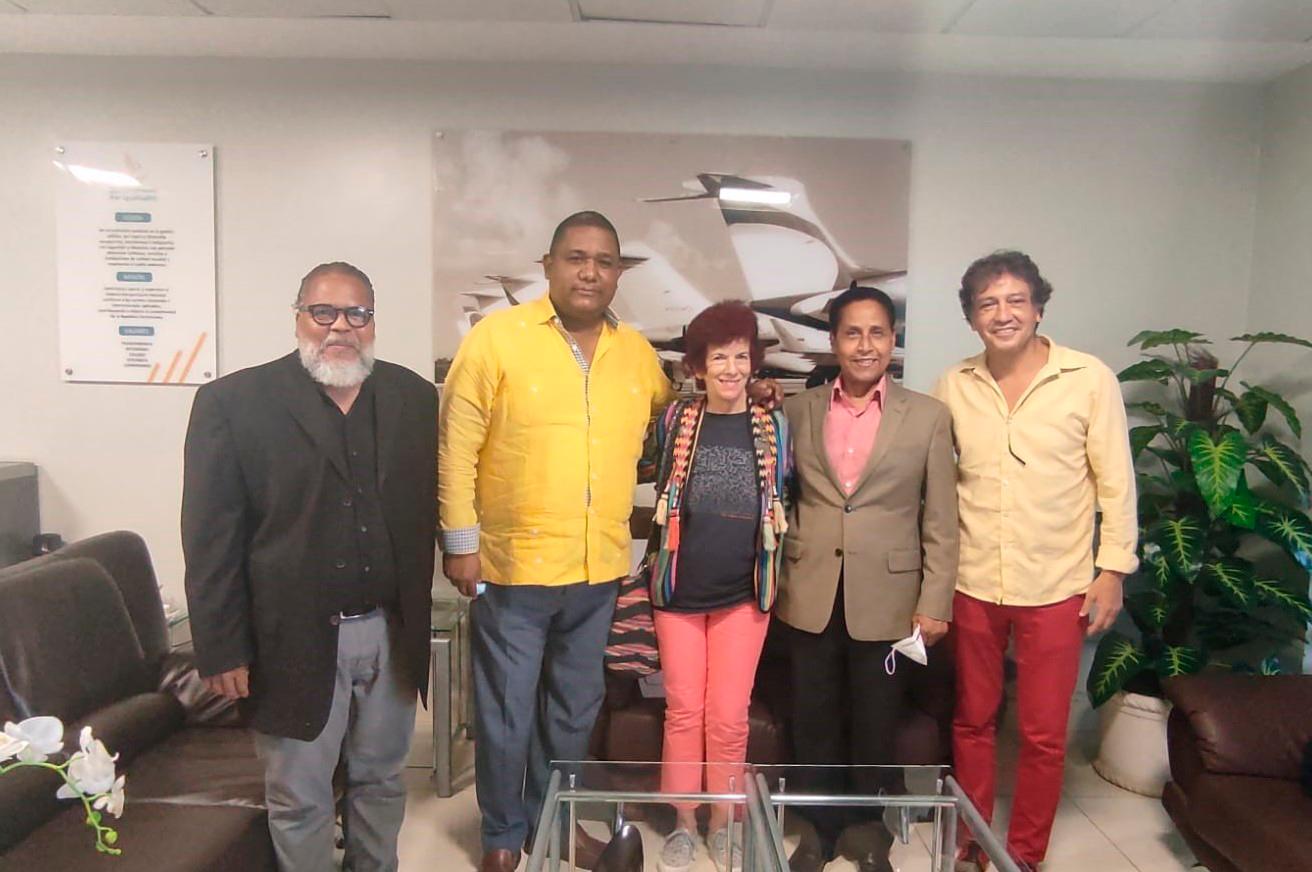 The actress, producer and screenwriter, daughter of the king of silent movies Charles Chaplin, She arrived in the country this Sunday at 6:15 pm at the International Airport of the Americas (Aila), accompanied by the Colombian director Corbert García, and they were received by the general producer of the Dominican film “ADN Bachata”, Víctor Minaya, the journalist and author of the book “Bachata Origin and Evolution”, Carlos Batista Matos, and Pedro López from ADN Films.

Jane ChaplinDuring your visit, you will get to know some film destinations and have a meeting with the country’s authorities and members of the specialized arts and entertainment press.

The daughter of the silent film legend has declared herself in love with Caribbean music and culture, so she is surprised to see what is happening with bachata globally.

“As this genre from the Dominican Republic is bringing joy to the world and everyone wants to learn to dance bachata, including me,” said Chaplin.

The actress expressed her interest in getting to know the “ADN Bachata” project, which will cover the origin, evolution and internationalization of the genre that is danced around the world today, an occasion that her producer Víctor Minaya took advantage of to invite her to the country and ask her to of the Chaplin family make it available to promote the country.

The response was immediate and he promised to promote the project, which has already predicted a worldwide success. “Music and dance bring people together and bachata is at its best. Taking this to the movies with a nice story and a positive message is great after COVID-19. It is a very interesting proposal ”, said the also screenwriter.

On his side, Carlos Batista Matos, expressed that “DNA Bachata” He comes to materialize a pending task for Dominican cinema. Carry out world-class film productions to contribute to the strengthening of the country’s international prestige, using film and music as a tool for promoting tourism, culture and positioning of our brands, just as Mexico, Colombia, Brazil, Argentina, USA have done. among other countries.

Víctor Minaya pointed out that “ADN Bachata” is not an end, but a means to achieve overcoming one tourist per inhabitant in the short term, focusing the diffusion of the film in the countries that have embraced bachata with schools, instructors, DJ, singer and organizer of bachata events. It will also be a means to promote Dominican products in international markets, a means to establish a World Bachata Festival in the DR, Europe and in Asia.