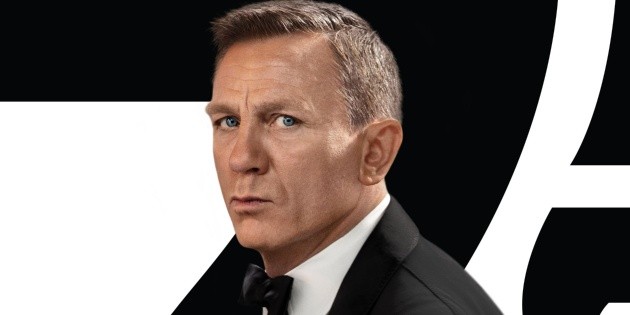 James Bond is set to return to the big screen after a two-year delay for its release. No Time To Die will mark the return of this character to theaters but also the farewell of Daniel Craig as the person responsible for interpreting it. The native of Chester, United Kingdom, has been 15 years as the Agent 007. With his latest film, there will be five participations, in a saga that has not yet defined his heir.


So far, seven actors have been able to play James Bond in the cinema, of which, according to Rotten Tomatoes, the best of all was Sean Connery. Critics consider that the three best films in the history of the British spy were those made between 1962 and 1964 by the actor who died in October last year. Despite the rumors, there is still nothing certain about who is responsible for continuing the legacy of the character that he will no longer play. Daniel Craig.

There are several candidates that appear on the horizon of the saga that belongs to MGM, now absorbed by Amazon Prime Video. In this context, since Spoiler a poll in which more than 400 people voted yielded an interesting result. Is that, the next tape of James Bond You could mark a milestone with your leading lady or continue the habit of looking for British white actors.

Of the people who left their vote in the poll, Tom Hardy was the fan favorite, with 38% of the votes, followed by Henry Cavill, with 36%. In the third place appeared Sam Heughan, the figure of Outlander, with 9% of the votes, and in the fourth Idris Elba |, who could be the first Afro-descendant actor to be the British spy. About 25 people chose a woman to be the first actress to headline the franchise, for which readers of Spoiler they hardly take into account Regé-Jean Page which had only 3% of the votes. For now, we will have to wait to see what direction the saga will take.

A Marvel actor unexpectedly got into the fight for the role

In addition to the candidates who have been listed in the bookmakers for months to define the next James Bond, the place Express from England nominated a new figure. According to the mentioned website, Tom Hardy is the one with the best chances of keeping the role, but one of the brand-new figures of Marvel could convince the producers to be the new British spy.


Is about Simu Liu, the protagonist of Shang-Chi and the Legend of the Ten Rings, who received very positive reviews for his work in the last premiere of the Cinematographic Universe of Marvel (MCU). One of the advantages of this artist’s curriculum is his experience as a stunt double, which he brought to light in the fight scenes of the film of the MCU. However, he has an important disadvantage and that is that he is not of British nationality, which seems the non-negotiable condition for the owners of the rights of the saga.