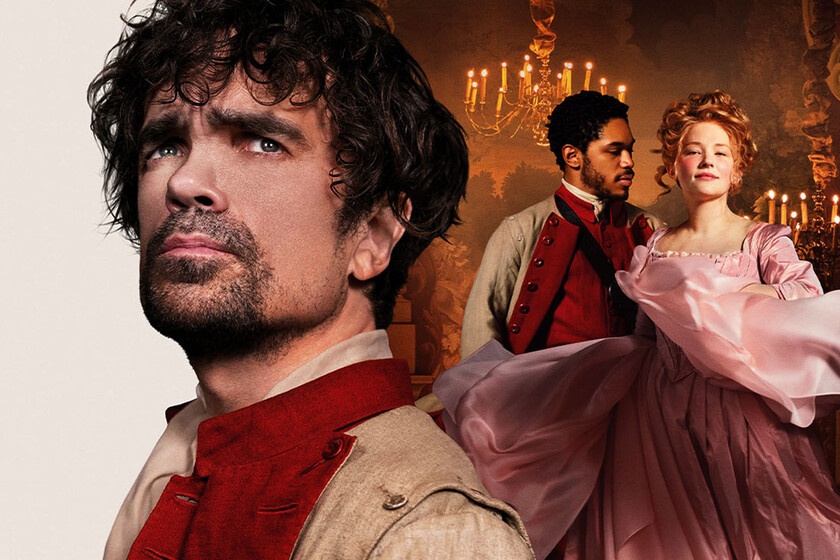 ‘Cyrano‘, Joe Wright’s new film, to be released on March 11, is based on the musical adaptation by Erica Schmidt of the play’Cyrano de Bergerac‘ by Edmond Rostand from 1897. It is not the first nor will it be the last and this new version picks up the witness of the films about the character, both the 1950 one starring José Ferrer and the 1990 one, by Gérard Depardieu. This is a particular recast of others, endowing its elusive period comedy angle with tragic melancholy.

There is a set of decisions that make this new adaptation an extravagant proposal. At times we have a solemn Tom Hooper musical tone – more ‘The Miserables‘ what ‘cats’but not by many feet – and on the other a throwback to those timeless Oscar bait productions for all the wrong reasonswith ‘shakespeare in love‘ in the lead but with certain ingredients that seem to have been added by advice from Big Data.

That commercial success helps to carve out the projects and culture of each era is something we have assumed and internalized, but sometimes the result of design as a result of specific currents that come together in a channel offers a set of improbable ideas that in ‘Cyrano’ they turn into a schizophrenia among academic solemnity desperate for statuettes and a more colorful daring that tries to get ahead among the seductive echo of the streaming viewing numbers of ‘The Bridgertons‘ or ‘hamilton‘.

Dinklage to the rescue

In this version of ‘Cyrano’, the namesake lacks the usual long cartoon nose to turn Dinklage into a more commoner version of Tyrion constantly at odds with men who underestimate or mock him for his height while fitting in. the oldest story in the world, when one is in love with someone who loves someone else. Here Roxanne yearns for true love and refuses to marry the grotesque Duke De Guiche for his money.


Meanwhile, she falls in love with the face of a new army recruit, Christian de Neuvillette (Kelvin Harrison Jr.), and his devoted childhood best friend, Cyrano, languishes unrequited in the background, also stepping in to write letters. of love requested by Roxanne, who wants to live the passion of courting a handsome man who lacks the necessary skills, and the dwarf secretly agrees looking to check if at least, his spirit and not his physique is at the height of his love.

The fireproof trope of the three-way romance instigates the dramatic action and there are enough elements of courtly entanglement that Wright’s experience of book-based works in the 21st century like ‘pride and prejudice‘, ‘Atonement‘ or ‘Anna Karenina‘ make the critical entropy of the story work, confirming the reasons the character has endured for decades still hold true more than a century later.


But there is a small impediment for ‘Cyrano’ to really measure up. Every time the narrative seems to be taking off, someone starts singing. And it is only in those moments (too many) that we remember that it is a version of the 2018 musical. The worst thing is that Erica Schmidt’s script has very well written sections, which manage to give an adult fairy tale aura to the film. story, but songs from the team of Bryce Dessner and Aaron Dessner interrupt the mood of the characters in awkward and forgettable interludes.

A musical where the worst are… the musical numbers

There is an idea of ​​what the film could have been with a different creative direction. Even with the poorest voice in the cast, Dinklage’s performance is always interesting. He shifts from his witty comedic edge to passion or the bitterness of rejection, conveying his heartbroken inner dilemma with great dignity that turns into heroism with a few action sequences, in which he brings a fierce energy and balletic quality to some of the scenes. fight choreography.

Certain decisions of the story relapse on Cyrano’s “pagaphantism” to an extent that does not fit with what is humanly acceptable and sometimes the rudder turns more towards a tragedy by Victor Hugo, others make it look like an entire reel of film is missinglike when a trio of doomed soldiers sing “wherever I fall,” on the eve of a battle, as if that shared funereal moment had been earned at some point.


It is symptomatic that the best moments of ‘Cyrano’ take place almost in silencewhen the looks of the lovers, aware or not of their love, says more than most musical numbers, some ridiculous, others sulky, and never as daring as they are supposed to be, leaving the film in an outline that cries out for some outstanding student of Baz Luhrmann or with the freshness of ‘Dickinson‘ of Apple, and not to a hard-working professional who is too noticing the difficulties of breathing outside his natural pond.

‘Cyrano’: Peter Dinklage stands out as the best of an extravagant musical that never manages to live up to it