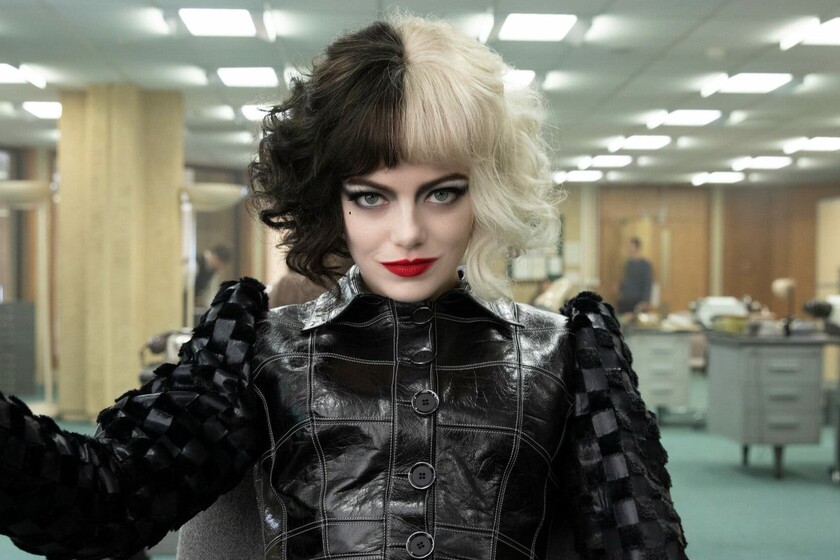 ‘Cruella’ It is part, in principle, of the systematic transfer that Disney is making of all his mythology animated to real image. It is an operation that has given us some lucky moment, like ‘The Jungle Book’, a few disasters like ‘Aladdin‘and a lot of mediocrities like’The Lion King‘. But with ‘Cruella’ he seems to have finally hit the mark, with a film with personality and that forgets its animated referent.

The secret was, of course, in call on someone with enough personality to inject new zest into the character. In this case, with a couple of very smart choices from Disney: in addition to being inspired by a story by Aline Brosh McKenna (screenwriter of ‘The Devil Wears Prada’, to which ‘Cruella’ owes a lot), there is the director Craig Gillespie, who wrote and directed the terrific ‘I, Tonya’; and co-writer Tony McNamara, an Oscar nominee for “The Favorite.”

Both are responsible for iconoclastic portraits of a few women who don’t fit the villain archetype, but certainly not the heroine archetype. Women who do not renounce moral ambiguity to carry out their plans, and who in any case have a somewhat more complex psychological background than that of so many male antiheroes who are simply bombs with a very short fuse.

‘Cruella’ belongs to that line of heroines with hearts overflowing with wounds in a perpetual state of healing. That is to say, a rereading of the villain of ‘101 Dalmatians’, who like Maleficent in ‘Sleeping Beauty’ original, was an evil type without kinks. ‘Cruella’ easily betrays the movie it’s supposed to be a prequel to (It is absolutely impossible for this Cruella and that one to be the same), and that is precisely why it triumphs: it is capable of flying free and letting the classic continue to be a revisitable classic, and in the present we can ask other questions.

‘Cruella’ tells how Estella, a young woman with indomitable creativity and a sense of fashion (Emma Stone) comes to work under the orders of the uptight Baroness (Emma Thompson), owner of a fashion emporium and with a few skeletons in the closet. Soon, Cruella’s traumas and personality come to light, breaking out a war of mind-blowing aesthetics.

‘Cruella’ adorns its development with nods to the original film (the protagonist’s relationship with the Dalmatians, the character of Anita, the two henchmen, the physicality of the character in sequences such as the car chase), but it does not depend on her . This Cruella is quite another. Y Gillespie and McNamara have fun playing with a series of very interesting moral folds: Cruella is a fashion supervillain identity that the real Estella lets out to wreak havoc.

And that chaos is sown by creativity, with nails performances that underscore the spectacular production design work that the film has. Between the two Emmas they put on a hundred spectacular outfits that fool around with a rather hooligan idea: Cruella invented the punk aesthetic, in the same way that the different Disney villains have been, throughout history, icons of visual transgression and the moral debauchery.

‘Cruella’ is a perfectly balanced film, of two hours agile and without too many concessions, and full of details: of the interpretations of the secondary ones (the owner of the store where Estella works is incredible, I need a spin-off just for him) to the spectacular stages filled to overflowing with extras, from ideas like the multiplication of Cruellas to dialogues that ooze poison and bad intentions. Although, as always at Disney, the end result is mostly harmless, ‘Cruella’ is a phenomenal pop comedy full of visual vitriol.