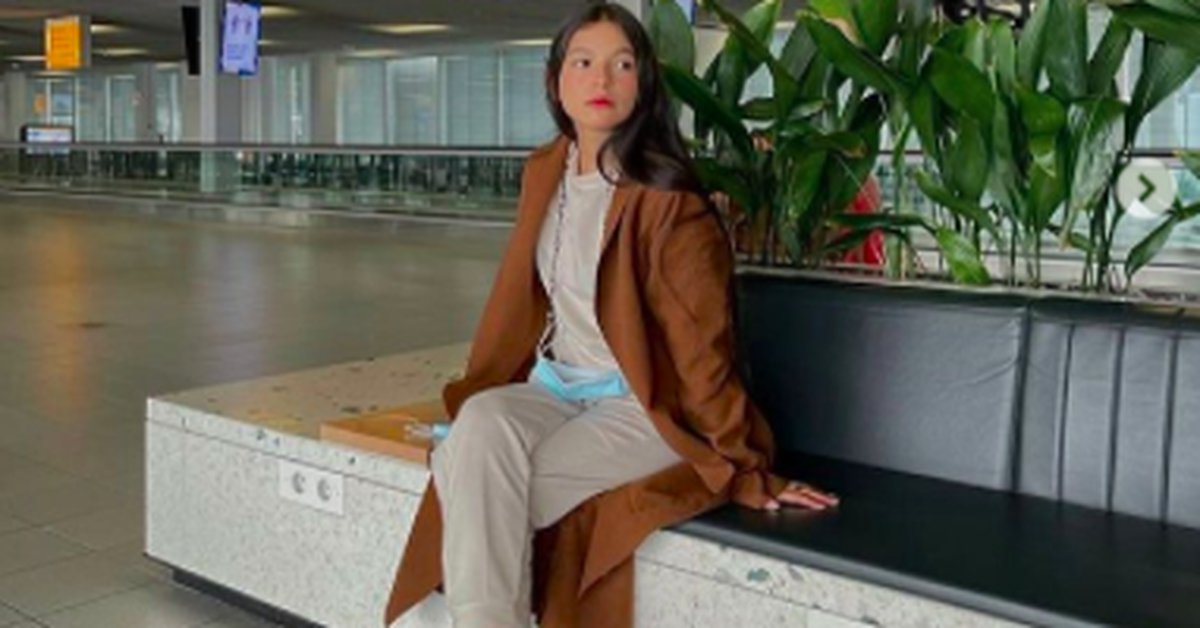 Crystal Aparicio has become one of the actresses with the greatest projection on Colombian television, with her appearance in different Colombian series such as ‘Sin senos si hay paraiso 3’ where she gave life to Catherine the great When she was just a child, she also made a well-remembered appearance in ‘Nurses’, among other productions that has allowed her to gradually climb on the screens.

In an interview with ‘Lo Sé Todo’, the young actress told how that process has been to participate in the film that is recorded in South Korea and is called ‘Bogotá’ and spoke about the projects she has in the future in her acting career .

“I have always been a very fan of Asian culture, I love everything, I am a fan and listen to many K-Pop groups and I love having won this casting, for me it was a dream come true”, This is how the talented young woman described the emotion she felt when she was selected to participate in the film.

At the young age of 15, Cristal Aparicio tells how it has been the beginning to forge a career in the artistic world, which has allowed him to appear in a good number of films in Hollywood, in which he has been the protagonist.

“My first leading role was in the movie ‘Sounds Of Freedom’ that was filmed between Cartagena, Santa Marta and Bogotá where I played the leading role of a little girl. The film has a very strong content but they are very beautiful experiences that will always be kept in my heart ”, added for ‘I Know Everything’.

Arriving in Hollywood has been a dream come true, as Cristal is the protagonist of the film. A casting led Cristal to this film production, produced by the Mexican Eduardo Verástegui, written and directed by Alejandro Monteverde. His role in the production is called ‘Dew’, protagonist of the film, a girl who will be rescued by a former CIA agent from the clutches of sexual exploitation, a story based on real events. There he shared scenes with actors of the stature of Jim Caviezel and Mira Sorvino, winner of an Oscar. The film will be released in late 2021.

“Since I started my entire career I take my computer to the recording sets, while I wait at the studio locations there while I wait for them to call me. It is a lot of dedication that I must have because I am doing two things at the same time, studying and acting and it is an incredible challenge ”, ended for ‘I Know Everything’.

Additionally, this international artist could not be happier because in the film ‘Bogotá’ she will share the scene with Son Joong-Ki, one of the South Korean actors with the greatest recognition in this country for his participation in different television and film productions worldwide. Additionally, also will share the set with the renowned Colombian actress Juana del Río, who has been in the country since July 2021; It should be noted that Cristal is currently filming in Seoul waiting to continue climbing his career within the major leagues.

In his social networks he usually shares different moments that he has lived around the world thanks to the talent he has and the prominent career as an actress that he has forged at his young age, one of his most recent publications on Instagram refers to his new geographical location, in This social network has more than 13,700 followers.

“Mom, I’m South Korea! 🇰🇷 I still don’t think I’m here, I want to tell you that DREAMS IF FULFILLED, the important thing is to take the first step”, text that accompanied the publication, which already has 2,200 ‘likes’ and several comments.