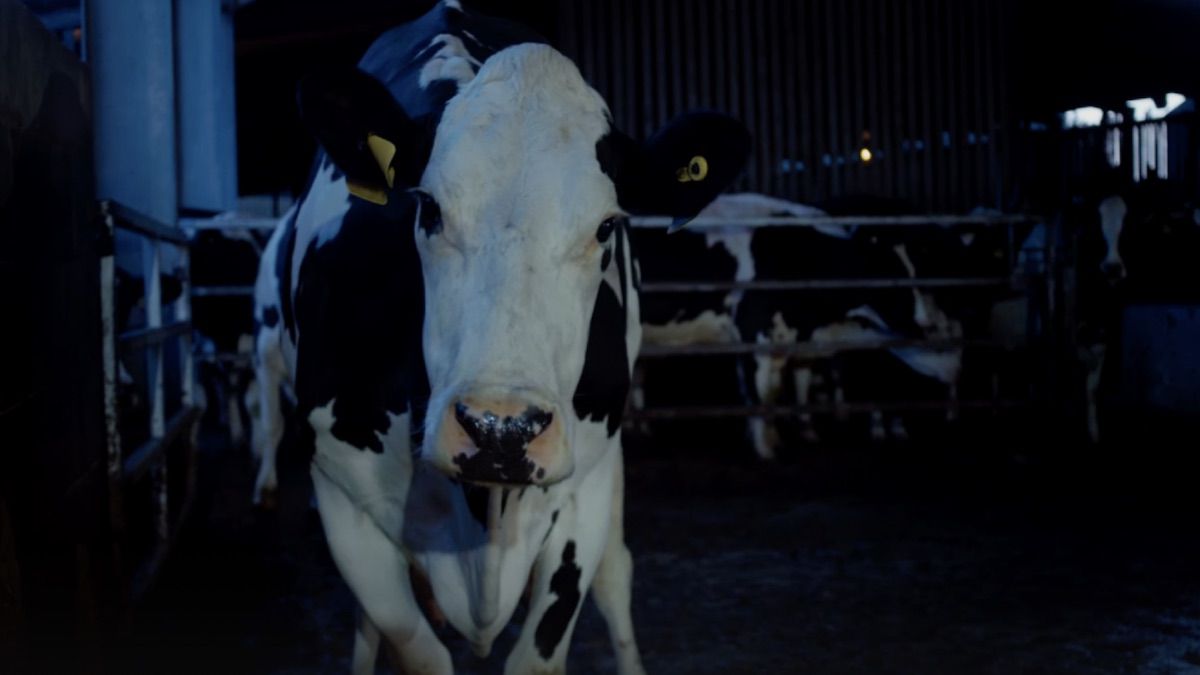 “This is the story of a reality, that of a dairy cow, and a tribute to the immense service she provides us. When I look at Luma, our cow, I see the whole world through her”The filmmaker mentioned in the presentation of the film.

After submitting “Red Road” in 2006, “Fish Tank” in 2009 and “American Honey” in 2016, all winners of the Jury Prize at the Cannes Film Festival, the British filmmaker returns to star this year in the new section Cfirst years, which presents the latest veterans movies at the film show.

“Cow” it is the monotonous and inevitably sad routine life of a dairy cow. Luma wakes up, eats, gives milk, has babies, hardly sleeps and so on until the last of her days. Here, the cow is not only the main protagonist of the film, but the basis of a stark reality, that of the animal in a time where the human is paramount.

The direction then passes at a rhythm that is not ours, the rhythm of the non-human. The camera Andrea Arnold, which until then had focused more on the social and psychological dimension of humanity, opens in this new film to the contemplation of the animal in its purest beauty, thus putting in perspective our relationship with the other, in its broadest sense and universal.

Although there are those who consider that there are alternatives to show the truth (as was the case of “Save Ralph”), some believe it is necessary for people to know straightforwardly what is the background of the food that comes to our table. However, there are also cases in which the images, information, statistics and other types of evidence have been interpreted for convenience or are not true, which is why many of these documentaries are viewed with suspicion or do not obtain sufficient success. to reach the whole world.

However, the case of “Cow” is different. Criticisms like those of Deadline Y The Guardian They applaud the balance in the work of Arnold, who managed to show his work without reservation, but without demonizing the farmers and without resorting to blood and excessive graphic violence to achieve his goal.

The director follows the life of a cow from birth until she fulfills her purpose on the farm, yet this story is designed to create strong empathy between her and the viewer. That people have left their exhibition at Cannes is not only a reflection of the discomfort that these issues generate, but that these types of stories are still relevant and necessary.