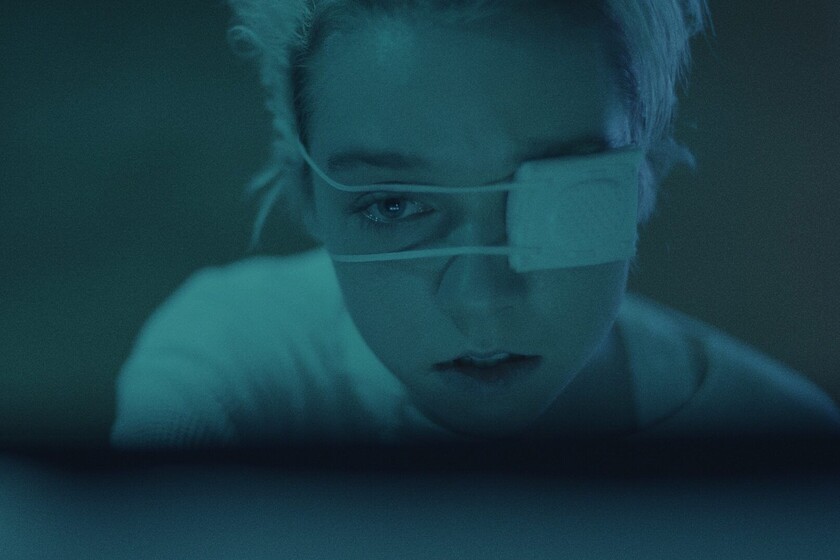 ‘Come True’ is part of that line of films that do not want to give the viewer anything done. Enigma after enigma after enigma, they throw images and plot twists sometimes without much apparent sense, to leave a final feeling of “have you been fighting me or have I seen a really solid proposal?”. ‘Come True’ (which you can see on Filmin and Movistar +) plays at that, but with the advantage that, in isolation, its images are ravishingly sinister and alone support the show.

‘Come True’ bases its theme on the ductile world of dreams, taking ideas from here and there to create an oppressive and intangible atmosphere, and where elements extirpated from what we know about topics in which science still delves with caution, such as lucid dreams or sleep paralysis, are brought together. And then he throws it into a blender in which winks come to subjects as diverse as Jungian archetypes, George A. Romero or ‘The Shining’, among many other issues.

The result is a hodgepodge of sensory impacts adorned with nightmarish images that seem to come out of a softened version of the landscapes of the Polish painter Zdzislaw Beksinski (which already inspired the dark environments of the video game in a much more direct way recently ‘The Medium‘). These nightmare scenes, solemn traveling through vast, empty environments populated by dark and expectant creatures set the rhythm of the film, which is built around these mysterious dreams.

The plot justification for these infernal visions goes through a girl, Sarah (Julia Sarah Stone, the film’s true youth discovery), who has run away from home and sleeps wherever she can, on the street or at a friend’s house. To ensure a place to spend the nights, he agrees to undergo sleep studies, where he thanks to unusual technology, scientists leading treatment can view their patients’ nightmares on screens. But little by little, the terrible forms that Sarah sees in dreams begin to acquire a corporeal presence.

The roar of dreams

What makes ‘Come True’ special, a film whose starting point is not particularly original (from dream horror classics like ‘A Nightmare on Elm Street’ or ‘Phantasm’ to more recent visions of the genre like ‘It Follows’), it is its eternally sleepy atmosphere. Sarah has a hard time sleeping, and that makes us see everything submerged in a dawn light, that reactions are slow and conversations hang between ellipsis. The feeling that Sarah is continually asleep or on the verge of being overcome by sleep gives her days and nights a very particular sense of helplessness.

Because ‘Come True’ is an atmospheres movie: Sarah’s wandering around semi-abandoned residential areas, falling asleep in class, or sneaking into her home to shower and steal some food when her mother goes to work; and also that of those horrendous nightmares, full of symbols of the entrance to Hades, that curdle in monochrome monitors, full of interferences, where the dreams of others take shape based on points that are grouped in an apparently arbitrary way.

Those monitors, like the rest of the technology in the film, are on the one hand the key to unraveling a plot secret that we will not know until literally the last sequence -And still everything will remain in a rather cryptic terrain-. And on the other, mere video clip aesthetics of synthwave, but that does a lot for the atmosphere of the story: surveillance screens and computers with retro operating systems, impossible control rooms, VHS philosophy, phosphorescent lighting … the nostalgia for a horror and science fiction cinema that in reality There has never been a wonderfully curdled film that is, above all, a true sensory enjoyment.

At the height of its final stretch the film has raised so many riddles that it solves them with some difficulty, and the final trick may not satisfy all the spectators. It is a somewhat tricky forward flight, but one that certainly justifies a good part of the aesthetic choices that we have seen in the footage. From my point of view, the descent of argumentative rigor in its conclusion is the least: until there the immersion in brutally dark areas of the subconscious is of such intensity that the trip is worth it. Even if it’s just to get carried away by the surreal texture of nightmares …