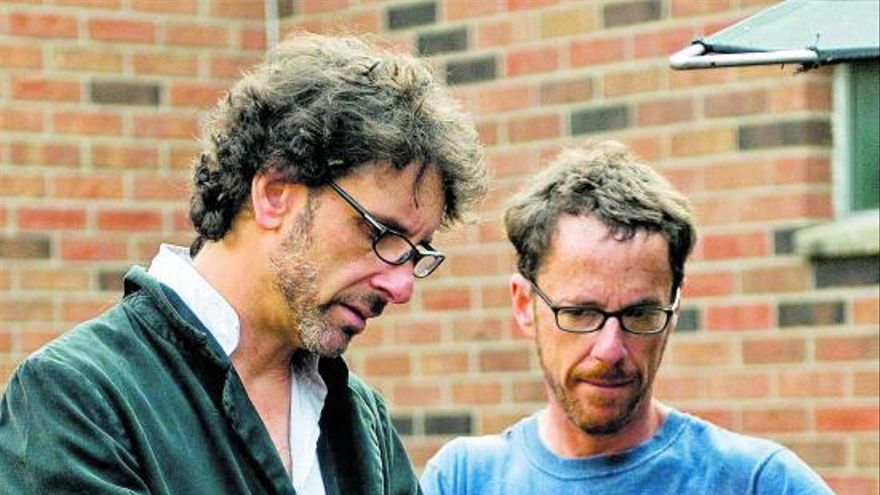 The news broke a week ago with a statement from the composer Carter Burwell: “Ethan no longer wants to make more movies, he seems happy with what he’s doing now,” said the author of the music for No Country for Old Men and Burning after reading, among other.

But the rumors had emerged months before: The tragedy of Macbeth, a new adaptation of Shakespeare’s play starring Denzel Washington, Frances MacDormand and BrendanGleeson, is made and written by Joel alone.

It was in the public domain that the Coens directed half-way, one more focused on the visual part and the other on working with the interpreters, something common in cinematographic codirections; If the most reliable databases are checked, in the filmography of the brothers we will see that Ethan is always consigned as uncredited director, in the same way that Joel produced, but did not appear as such. Ethan was not officially confirmed as co-director until The Ladykillers (2004), a remake of Alexander Mackendrick’s British black comedy The Death Quintet. It is not the best film of the Coens, but the first in which Ethan shared directing credits with his brother. What everyone knew was finally coming true.

Why it wasn’t like that until then is a secret shared by the two brothers. The division of the work, as they had decided themselves outside the door, was as follows: Joel director, Ethan producer, and both writers alone, with few exceptions. They had seldom broken this presumed eternal partnership: Ethan collaborated alone on the script for The Naked Man, a 1998 comedy about the corruption of the pharmaceutical industry directed by J. Todd Anderson.

In addition to their own films, Ethan and Joel have together produced films by other directors, such as Terry Zwigoff’s Bad Santa, and John Turturro’s Romance & Cigarettes.

They are authors of archived scripts for years that have later been recovered by some of their friends – Wave of Crime, Wave of Laughter, by Sam Raimi, and Suburbicon, by George Clooney -, in addition to participating in the writing of The Bridge of Spies, of Steven Spielberg. They have also been behind, although not very actively, in the television anthology inspired by his film Fargo, with four seasons to date.

The reality is that, despite not appearing credited, Ethan had a lot to do, in terms of the realization, in Easy Blood, Arizona baby, Death among the flowers, Barton Fink, The Big Leap, Fargo, The Big Lebowski, O Brother, The Man Who Was Never There and Intolerable Cruelty, the films they made in two decades, from 1984 to 2003.

From then on, Ethan would officially share credit with his brother, both serving as director.

And while it is true that these other two decades have not been so resounding in terms of the originality of his cinema, they have masterpieces such as No Country for Old Men – possibly the best of all his filmography along with Arizona baby, Death among the Flowers and Fargo-, the remake of Law Courage, About Llewyn Davis and the western episode The Ballad of BusterScruggs.

Ethan has achieved four Oscars with his brother, for best screenplay for Fargo in 1996, and in the categories of film, direction and screenplay for No Country for Old Men, in 2007, in addition to the Palme d’Or in Cannes for Barton Fink, in 1991. There is the paradox that, at the French festival, Joel has won three times as director (Barton Fink, Fargo and The man who was never there), when today it is known that they directed half. Very good vibes between brothers so that these awards, and the prestige they carry, do not break a solid relationship that has lasted for almost 40 years. We’ll see if the adaptation of Shakespeare’s play, The Tragedy of Macbeth, is missing Ethan’s hand. Quite a challenge for Joel.