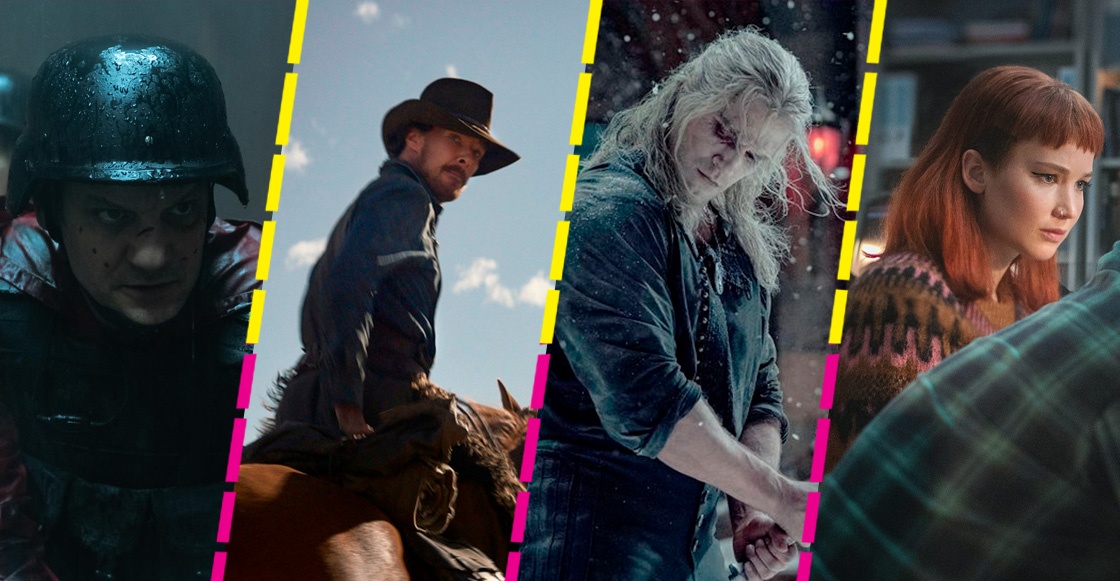 As incredible as it may seem and believe it or not, the year is ending; However, to close 2021 with a flourish, we will have a lot of spectacular premieres. We know that for this, Netflix paints itself, since since January it showed us that practically every week they would launch new series and movies in their catalog. And of course that in December they will not disappoint us, because there are several productions that we already expected and that will surely keep us on the edge of the couch.

To begin with, we will have volume 2 of the last season of The Money Heist (Over here you can check out the trailer). But hold on, because it also comes Don’t Look Up, the new Adam McKay film with Leonardo DiCaprio, Jennifer Lawrence, Meryl Streep and a hottie (HERE we leave you the most recent look) and if this was not enough to get us excited, they will launch the fourth season of Cobra Kai, where we will see Daniel and Johnny join forces against John Kreese.

Either way and so that they can build the marathon, Here are all the movies and series that will be released on Netflix in December:

In the final season, the Robinsons’ survival instincts are triggered as they attempt to rally and protect Alpha Centauri from an invasion.

Besieged, the Professor risks everything as he rushes to get the gold and, most of all, his team out of the bank.

Geralt accepts his fate while protecting Ciri from the forces fighting for control of the Continent, and from the mysterious power she possesses.

More laughs. More fashion. More missteps. As Emily struggles to find her place in Paris, a night of passion could complicate her efforts.

Decades after their life-changing tournament, the rivalry between Johnny and Daniel is rekindled in this sequel to the saga of Karate Kid.

Other series coming to Netflix

The Power of the Dog – 1 de diciembre

A domineering but charismatic rancher relentlessly bullies his brother’s new wife and teenage son, until old secrets come to light.

Peter asks his best friend to pretend to be his boyfriend for Christmas. But her plan and her feelings change when her family plays the matchmaker.

The Boy from Asakusa – December 9

The successful Takeshi Kitano began his career with Senzaburo Fukami, the legendary comedian from Asakusa. But as his fame rose, his mentor’s fell.

After an accidental text message turns into a virtual friendship, Vale and Alex start liking each other without realizing that they already know each other in real life.

While trying to reintegrate into a society that does not forgive her, a woman who has served her sentence for murder searches for the sister she had to leave.

Naples. Eighties. The young Fabietto lives his passion for football in the midst of a family tragedy, which will end up shaping his future as a filmmaker.

A not so cool Christmas – December 21

A family trip to the beach turns into a mad competition to control Christmas when Don Servando meets Doña Alicia, Alma’s stubborn aunt.

Two astronomers go on a media tour to warn humanity of a deadly comet that is on a collision course with Earth. The world’s answer: So?

During a quiet beach vacation, a woman develops a dark obsession with a young mother that ends up awakening memories of the past.

Other movies coming to Netflix

Voir: A look at the seventh art – December 6

In this collection of visual essays, diverse moviegoers talk about the moments in cinema that thrilled, surprised, challenged and transformed them forever.

A new installment of this docuseries in which contemporary crimes take us through spooky places that have been haunted for years.

Shaun the Lamb: The Flight Before Christmas – December 3

Shaun wants a bigger Christmas stocking. When the search gets tough, the whole farm adds to the adventure – sled and all!

After escaping the island, the campers end up stranded in a strange new place, where threats and well-kept secrets abound.

The final season takes spies around the world, from the Alps to the Arctic and back home to Los Angeles, as they battle their toughest enemy!

The Joestar family legacy continues with Jolyne as new Stands are conjured behind bars at Green Dolphin Street State Prison.

Retsuko turns up the volume to prevent Haida from making the biggest mistake of his life after the arrival of a new president to the company.

Closing the year with a marathon: These are the series and movies that arrive on Netflix in December