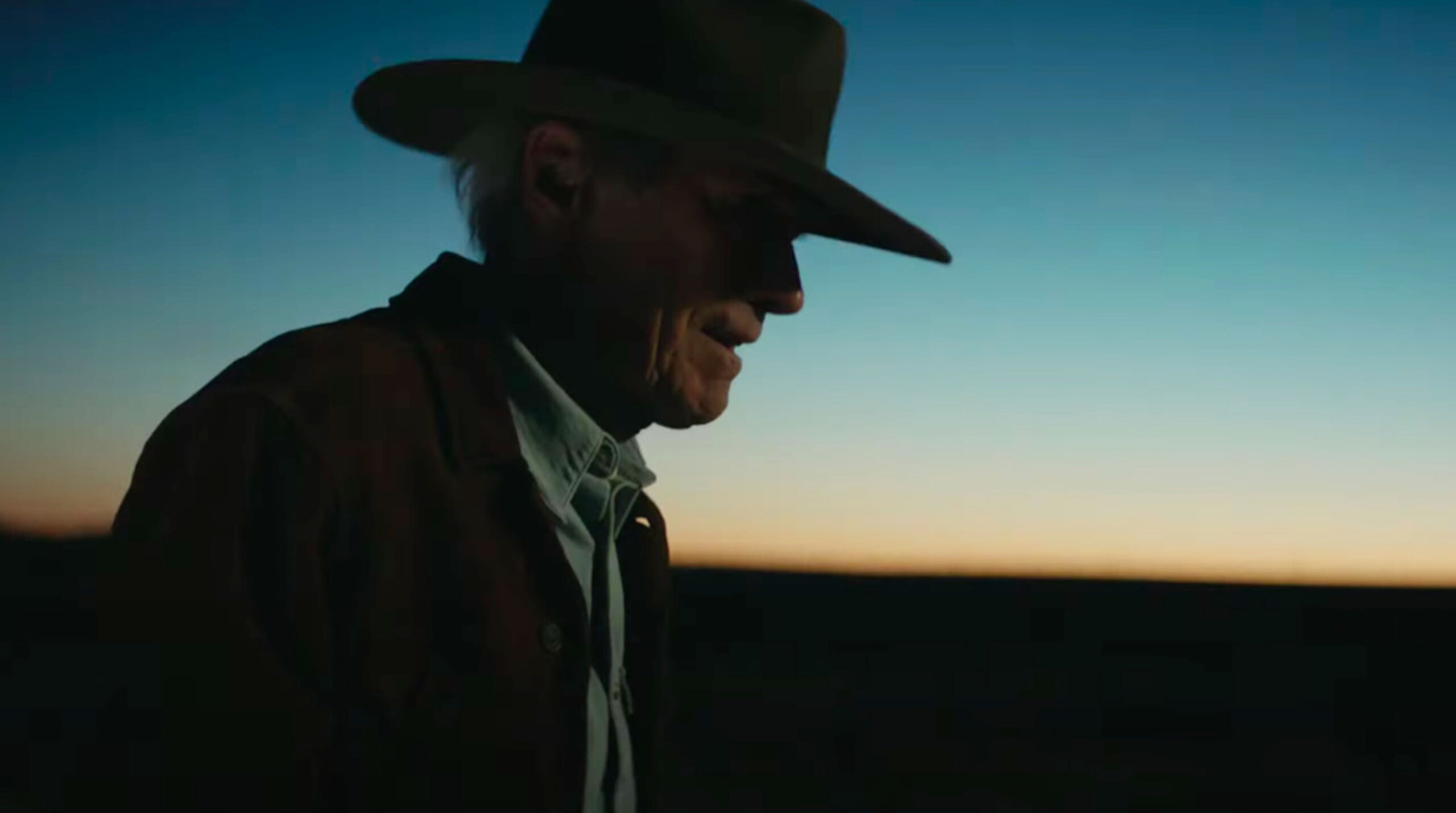 The story of Clint Eastwood is the story of two cowboys. The first of them became famous in the westerns Italians led by Sergio Leone during the sixties. Even thoughe the plots describe him as a pragmatic and selfish being who dodges life with bullets, he cannot be denied the occasional courtesies that even make him seem like a hero. Without a biography or a lot of character complexity, he can hardly be considered a character: he is rather an archetype, an icon, manifested in many of the roles that Eastwood played – cowboys or not – until the early 1990s. If these first incarnations are questionable for exalting violence as a legitimate way of living together, in its most disturbing skin, that of the bloodthirsty detective Harry Callahan, the archetype becomes even disgusting: over five films, of Dirty Harry (1971) a The Dead Pool (1988), Harry The dirty he killed 43 criminals and pleasantly materialized the punitive, fascist desires of American society.

And then there’s the other cowboy, whose roots can be touched in the westerns that Eastwood directed in the seventies and eighties, where he began to object to the hegemony of violence. Although he still played a brutal individual on bloody missions, as a film author Eastwood seemed to question the legitimacy of pouncing on evil and stabbing it to death. His skepticism reached a climax in Unforgiven (1992), where he made a definitive revision of the genre that would end heroic myths and expose his characters not as romantic gunmen but as lamentable sociopaths. In the protagonist you could see, in turn, the two cowboys: the classic, biblically destructive, and the new, vulnerable, even tender.

Since then Eastwood has played detectives, an astronaut, a seductive photographer and grumpy old men who, forced by circumstances, expose their gentleness as they adjust to a world that is incomprehensible to them. All of them are versions of that cute new cowboy, but, given such dissimilar professions, none of them are properly him. None, of course, until Mike Milo, the lead in Eastwood’s most recent film, Cry Macho (2021), which opens on September 16 in theaters and HBO Max.

Why does Eastwood play a cowboy until almost twenty years after Unforgiven? It is a mystery that his new film solves: he does it to complete the filmography of a man who was trained in the western, who questioned its conventions and certainties and now wants to reinvent, if not the genre, the image of himself that he built over decades. Cry Macho it is an exercise in iconoclasm – like other recent Eastwood films – where the director tries to transform what we imagine when we hear his name; that we see in our imagination not the violent cowboy or the ruthless policeman but a man who, with age, has realized that “being macho is overrated.”

Located in 1980, Cry Macho tells the story of Mike, a rodeo cowboy who in the past lost his family and found a flimsy refuge in alcohol and fighting. A friend saved him by hiring him to care for the animals on his ranch, and now he’s asking you for a favor in return: finding his teenage son in Mexico City and bringing him to Texas to rescue him from his indifferent mother. The distinctions between the classic Eastwood and this one crop up everywhere, from the character’s age to the fact that he only once wields a pistol but does not fire it. In fact, his talents are oriented to care and in several scenes we see him gently taming horses or stroking a goat before treating a wound. Something remains of Eastwood’s classic grunts but now they are accompanied by the pathos of age: he is a likeable old man.

Ironically, for that very reason the clumsiness of the film suffers so much. It is amazing that women in Cry Macho lust for a slow, shaky-voiced Eastwood, or for someone to give such a delicate mission to a man in such conditions, when the best that could be offered is a retirement pension. Although Eastwood knows that his plot describes an old cowboy, he seems unaware of how much, and perhaps that is why he presents Mike for the first time in a romantic image: a Chevrolet pickup goes through the morning and little by little the montage reveals to us the conductor in details that suggest a formidable presence. When stopping, of course, it is Clint Eastwood who gets out of the truck, but, despite the force that the plans want to give him, it is inevitable to observe the contrasting rigidity of his body.

The iconoclasia of Cry Macho it acquires an accidental character that no longer only invalidates the virile and brutal image but the very strength of Eastwood to appear in the painting. The effect of these errors can be debatable because, in the end, what we see is an author fighting for his work and for the meaning of himself as an icon; however, there are other aspects that emphasize the artificiality of the film and create a tension between the subversive plans and the limitations of the result.

Although most of Cry Macho is set in Mexico, the entire film is shot in New Mexico and it shows: the architecture and landscapes do not correspond to what they are intended to simulate, and the accents sometimes hint at latitudes further south of the continent. For a film about the culture shock between the Texan Mike and the adolescent Rafael (Eduardo Minett), the gaze comfortably tends to exoticism. The last straw is the women Mike meets along the way: Rafael’s mother, an eccentric seductress who lives on an unlikely hacienda in Mexico City, and Marta (Natalia Traven), the owner of a small restaurant who shelters the protagonists. during his flight and that seems to deliberately evoke the tone and presence of María Félix. Above any subtlety, the very American idea of ​​the seniorita.

Despite this, the encounter with Marta grants the film’s most moving images because they are the ones that best express Eastwood’s iconoclasm. Mike cooks for Marta, makes his granddaughters laugh and dances with her to “Sabor a Mí”, by Eydie Gormé y los Panchos. Embraced in a romantic light, the characters sway affectionately and produce an unexpected act of magic: after decades of personifying violence, a cowboy disappears completely and is replaced by another, friendly and loving. It would be a perfect image to close out Eastwood’s filmography but, who knows, the eternal cowboy can still ride.