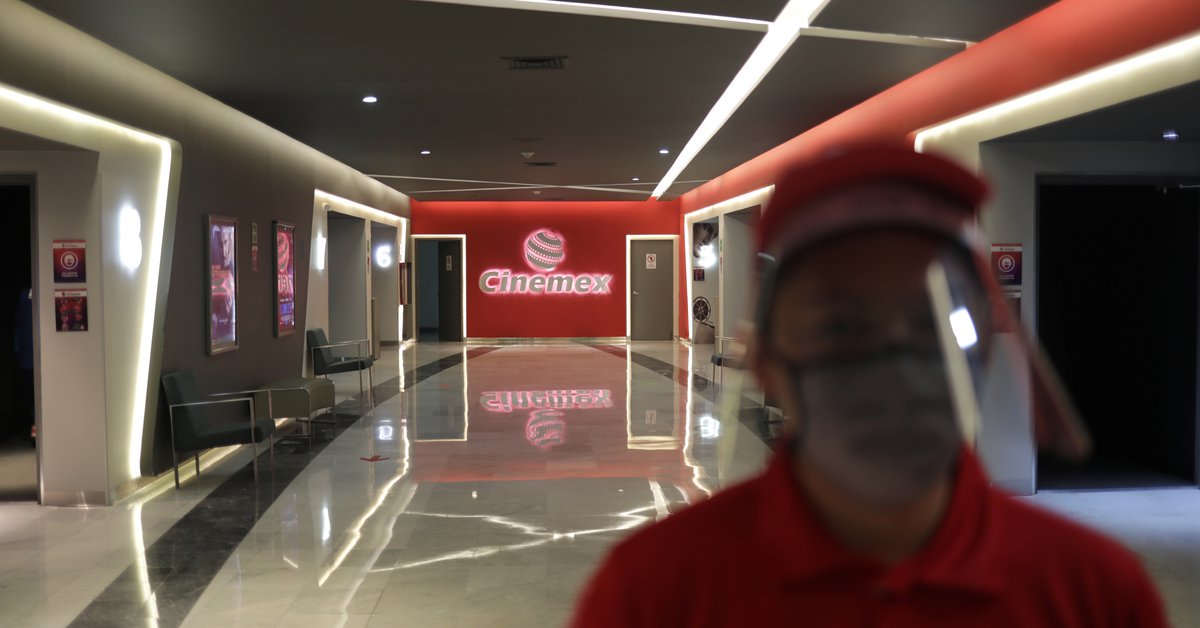 This distribution chain remained without provide service for three months by the low influx in their complex, said economic loss was a consequence of the COVID-19 pandemic, as Cinemex had to close its establishments in different periods as a sanitary measure preventive.

Through a tweet, this business wrote the following: “It is time to join us so that you can bring La Magia del Cine back to life. We are waiting for you from tomorrow, because without you it is not the same #VueltaAVivirLaMagia”, Despite the reopening date he had already made known through a release.

“After three months of having paused the nationwide operation because of the contingency for Covid 19, Cinemex reopens as of May 26 the doors of 153 complexes in the Mexican Republic ”, the film distributor also clarified that it will continue to apply the sanitary restrictions: “Complying and exceeding all the safety and health measures so that movie lovers feel safe to relive The Magic of Cinema “, he pointed out.

This is how this distributor announced its reopening (Photo: screenshot / @ Cinemex)

According to the company, this Wednesday, May 26, it will reopen 153 complexes of the 300 it has available in Mexico. To consult the available times of each function and check which seats will give service, people have to go to Cinemex official site.

Once in said portal, they must allow the application or the website to access their Location and they will find the complex that is closest to their location. The tickets they can also be purchased here.

From the past May 20th information about complexes that will open as well as the billboard, they were already available both on the website and in the Cinemex mobile application.

According to the official site of this distributor, some of the premieres scheduled for May and June are as follows:

The second installment of Peter Rabbit is one of the premieres this May 26 (Photo: Twitter @ elapanco)

Of the genre of terror is it so Spiral: The fear game continues; where detective Ezekiel “Zeke” Banks will find out all about a series of murders linked to a macabre game and Exorcism on the seventh day, where you participate Vadhir Derbez.

From action: Relentless Justice, directed by Guy ritchie, his story talks about Patrick Hill, known as “H”, who is the target of a robbery.

As to children and for the whole family will be Peter Rabbit 2: Runaway Rabbit, a hyper-realistic animation whose protagonist will have to decide what kind of rabbit he wants to be and Dirty clothes are washed at home, whose story revolves around Lupita and Toña, who are domestic workers.

Cruella, a story inspired by the villain of 101 Dalmatians (1961), this live action is produced by Disney and will be released simultaneously on its platform streaming.

Cruella will premiere simultaneously on the Disney Plus platform and on movie screens (Photo: Twitter / @ disneyplusla)

Conjuration 3: The Devil Made Me Do It, this is the third installment of the saga starring the couple who are experts in experiences paranormal, namely Ed and Lorraine Warren.

A place in silence: Part II, film that will accompany the surviving family to the creatures that are attracted to sound as well as Spirit: The Indomitable, where Lucky Prescott’s life changes when he befriends a horse.

@grandparents, a story of an unemployed old man who decides to open a nursery together with his friends

Fast and furious 9, the continuation of the saga starring Vin Diesel, whose character Dominic Toretto who lives with Letty and her son. When the trailer for this production was announced, he stressed that this time the adventure would even reach the outer space.

The production of this film had to be stopped for a time due to the COVID-19 pandemic (Photo: Twitter @ elapanco)

Since last May 10 the Mexico City is at a yellow traffic light, in accordance with the prevention measures announced by the Ministry of Health, the cinemas will be able to operate at 40% in general rooms Y 60% in VIP.

How Christian Nodal gave the ring to Belinda: the details of their engagement
Who was the cupid between Christian Nodal and Belinda
Pedro Sola was criticized after questioning the return to the yellow traffic light in Campeche