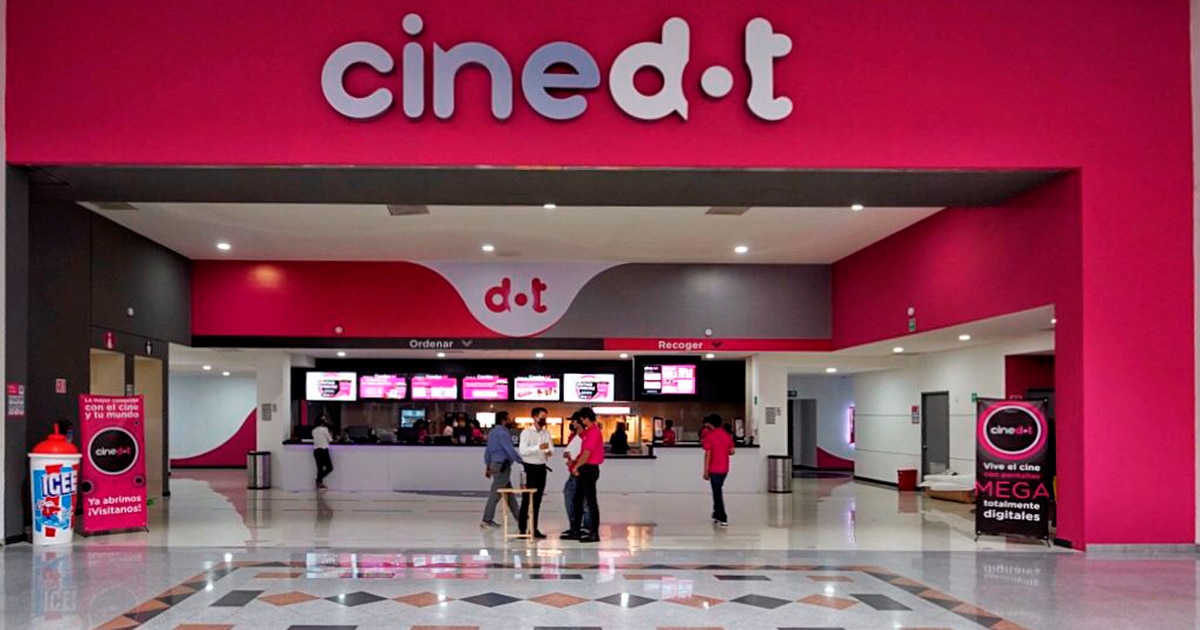 With an investment of 300 million pesos for the next two years, they created the new chain of cinemas CineDOT.

“This project is supported by private capital such as Ares Capital Partners and others with a majority of Mexicans, and an approximate investment of 300 million pesos will be made, focused mainly on the central area of ​​the country,” said Andrés Capdepon, president of the board of directors. by CineDOT.

In the next two years they want to be present in the State of Mexico, Mexico City, Morelos, Jalisco and Guanajuato, where they will generate 800 direct jobs and 4 thousand indirect ones, with the vision of achieving 2 percent of the market with 120 screens.

The first two branches that will start operations in July were previously operated by Cinépolis. The one in Coacalco will open on July 8 with eight rooms; while the second will be in Los Reyes La Paz, Edomex, will open in mid-July, with seven screens.

“In principle we are looking for locations that we can recover so that people do not lose those spaces that they already had,” said Ramón Estévez, director general of CineDOT.

With a price of 49 pesos per adult and 44 pesos per child, CineDOT’s target will be young people and urban areas with populations greater than 150 thousand inhabitants.

They also come with a loyalty program that in addition to accumulating points offers discounts, and a mobile application so that consumers can purchase tickets and candy store with the option to order and collect.

Estévez, the former director of strategic and financial planning at Cinemagic, added that talks with distributors will not be a topic for the CineDOT billboard.

“Regarding the alliance with distributors, we had a great acceptance, because we have been in the industry for so many years and we have created strong ties and that is why we will be able to present the great successes, we started with Fast and furious 9, The spell, A place in silence 2“Estevez added.

According to information from Canacine, due to the pandemic, box office sales fell 80 percent annually in 2020 and the start of 2021 advances in its recovery, where Godzilla vs. Kong Although it premiered both on platforms and in cinemas, the complexes had 5.7 million attendees in April.