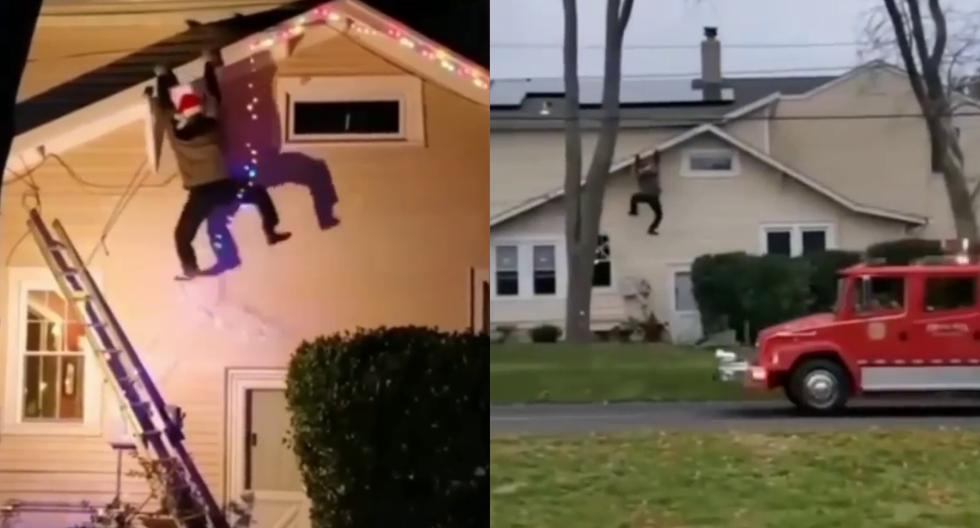 The best part of the Christmas are the decorations and in the United States, a man made people talk on social networks for his peculiar way of decorating his house inspired by one of his favorite movies: “Winter Holidays” (National Lampoon’s Christmas Vacation, its original title in English) , part of a series of films starring Chevy Chase.

Clark Griswold, the name of the character played by Chevy Chase in the aforementioned film, is known for inspiring all sorts of “Christmas shenanigans” among his fans, but for a homeowner it was reason enough to play a prank on his neighbors by recreating one of his most famous scenes.

In a video viral from TikTok (which was soon replicated in Instagram and other social networks), the person behind the home decoration created a doll that resembled Clark’s character hanging from a ceiling while he placed the Christmas lights, completing it with screams and sounds for help.

This fact was more than enough for his neighbors to call the authorities, believing that someone was in danger and, as seen in a compilation published on Instagram, even firefighters were present on the scene to try to help, he reported. TMZ.

Although it is unknown if the emergency services were aware of the joke or if they really came to help someone in distress, it is known that, if it is real, the owner of the house will undoubtedly earn a good reprimand for his raw sense of humor once authorities find out it was all fake.

How many “Vacation …” movies are there?