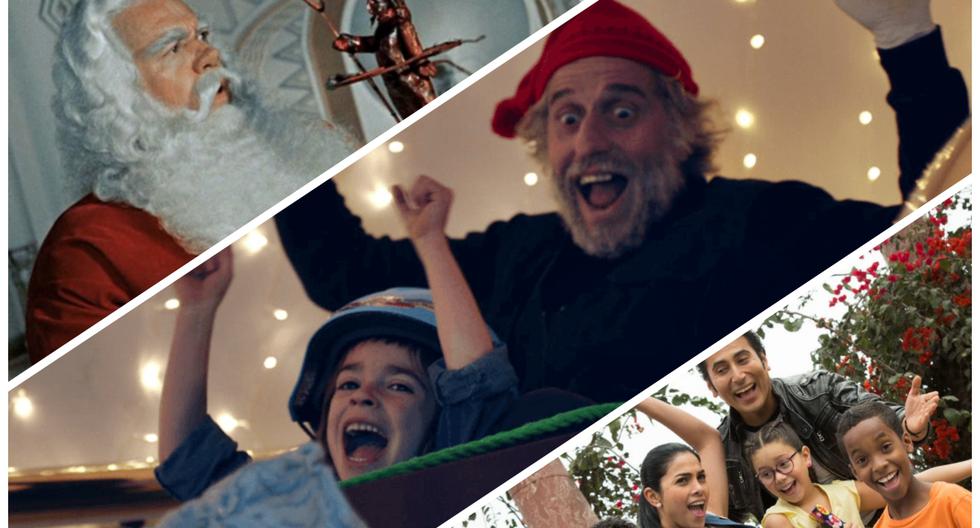 There are not Christmas no Christmas movies, and while Hollywood has become the main promoter of an endless stream of Christmas movies starring princesses, soldiers, aliens, and countless executives from the big city, holiday movies are also produced south of the border. .

In this note we collect some of the Christmas movies that have been made in Latin America and, incidentally, we put the streaming service where you can enjoy them.

A dysfunctional couple and their little girl, a treacherous friend and a thief with little resemblance to Santa Claus put together this comedy that takes unexpected twists on the traditional formula of a Christmas movie. Available in Star +.

A Mexican comedy. It’s Christmas, but with global warming, the polar ice cap is melting, and the only way for Santa Claus to save his home is to strip away his capitalism and lead a global movement to remove trade from the holiday season.

Facing it is Tito, a former Santa helper who has built a lucrative conglomerate based on the end of the year holidays. Available on HBO Max.

This musical comedy starring Maricarmen Marín tells the story of a feisty woman who is home to four orphaned children with very different personalities. An accident will put them in trouble just days before Christmas, forcing them to raise funds for a medical operation.

Directed by Ricardo Morán, the film seeks to show the love and union that characterize the party. Available in Movistar Play

There are many Christmas traditions around the world, but few have such comical – or self-destructive – results as the so-called Guadalupe-Reyes marathon that gives this film its name: a ‘race’ of celebrations between December 12 (Día de la Virgen de Guadalupe) and January 6 (Three Kings Day) in which copious alcoholic beverages are consumed.

This comedy revolves around two friends in their 40s whose adult lives have seen them drift away and who see this tradition as an opportunity to renew not only the ties that bound them together, but also the spark of the excitement of youth. Available on Prime Video.

Belén is a young woman with Down syndrome who has managed to become an Olympic swimmer thanks to the support of her loving family of her mother and stepfather. On the eve of an important tournament (and the Christmas holidays), her life is turned upside down with the return of her biological father after 20 years of absence.

The film can be purchased on the JMFilms Productions page.

“Santa Claus” is a classic and somewhat strange Mexican Christmas movie from 1959 where the popular symbol of Christmas – who lives in space instead of the North Pole – faces a devil named Pitch, sent to Earth by Lucifer to ruin parties.

The film was popular after its release and later gained new life thanks to its English version, titled “Santa Claus vs. The Devil “, was one of those parodied by the comedy program” Mystery Science Theater 3000 “. Various versions of the film can be found on YouTube. Available at Tubi.

Don’t let the seemingly innocuous title fool you, as this drama by Chilean director Sebastián Lelio is an exploration of sexuality, identity, and maturation that requires a more adult audience.

It centers on Alejandro and Aurora, a young couple recently graduated who, in the days leading up to Christmas, visit the house of the girl’s recently deceased father and come across a lost teenager who has run away from home. The film can be found in its entirety on YouTube in the CinemaChile festival account.

Classic Spanish comedy. Paco Martínez Soria plays a traditional Catholic priest who encounters problems with the more liberal youth of Madrid in the 1970s. Forced by the archbishop, the priest will have to adapt to modern times to fill the pulpits again. Available on FlixOlé.

A classic Argentine Christmas movie is about Catita, an employee in one of the large department stores in Buenos Aires, who in an act of piety gives a humble single mother the biggest Christmas tree in the place.

Although the act costs her her job, the woman is satisfied because she managed to fulfill a person’s Christmas wish, demonstrating the true spirit of the date.

If you want a different kind of Christmas movie, there’s this classic black comedy by Álex de la Iglesia in which a metal fan and a psychic help a priest prevent the birth of the Antichrist on December 25. Available on FlixOlé.

Christmas, but to the south: the Latin American movies that you can watch in streaming