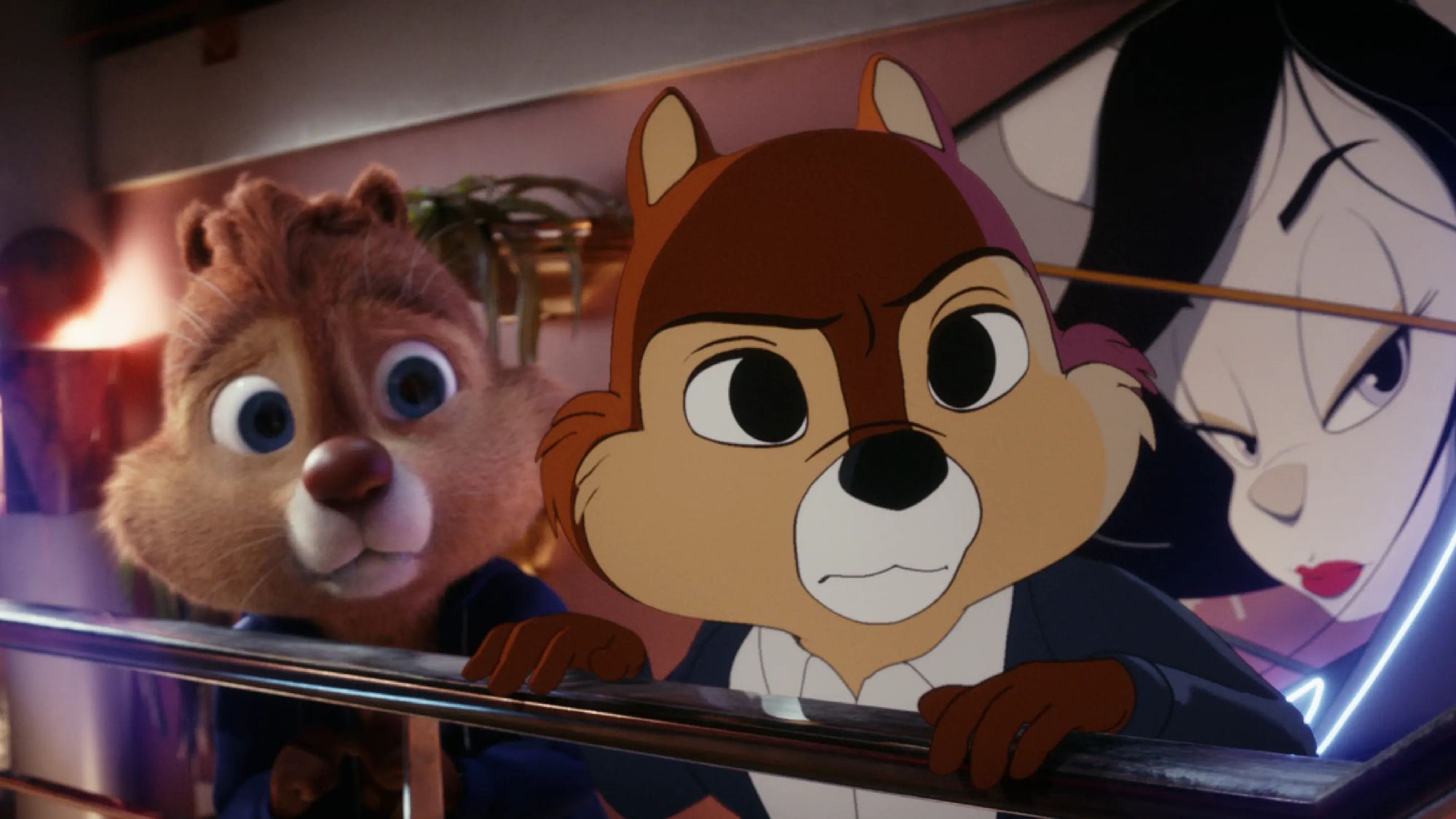 Chip and Dale: To the Rescue (Chip’n Dale: Rescue Rangers, 2022) is literally a party. Since Who cheated on roger rabbit? (1988) that there was not so much love for the characters that forged generations through film and television. Thirty years have passed since the series starring these two characters who play themselves in the film. A fight separated them and today Chip leads an orderly life as an insurance salesman and Dale lives off his past fame, at conventions and doing odd jobs. Chip is still a traditional animated character and Dale has had a treatment and now looks like a realistic digital animation character. The first finding of the film is to make the two types of animation coexist with each other. Chip and Dale must team up to rescue their friend from the clutches of a powerful mob boss named Sweet Pete.

The world in which Chip and Dale live is similar to that of Who cheated on roger rabbit? Humans and all kinds of cartoons from all periods and styles coexist in a universe as spectacular as it is fun. Part of the grace is the way in which the script manages to multiply the quotes, the references, the appearance of characters and all the possible jokes without ever losing the axis of what it wants to tell.

If they weren’t two little animated squirrels, we’d be looking at any detective movie script, with all the typical ingredients and characters. Far from being an exercise in pointless nostalgia, this feature film offers genuine fun with a story that could be that of any artistic duo separated by ego and industry pressures. An adult story adapted for all ages. 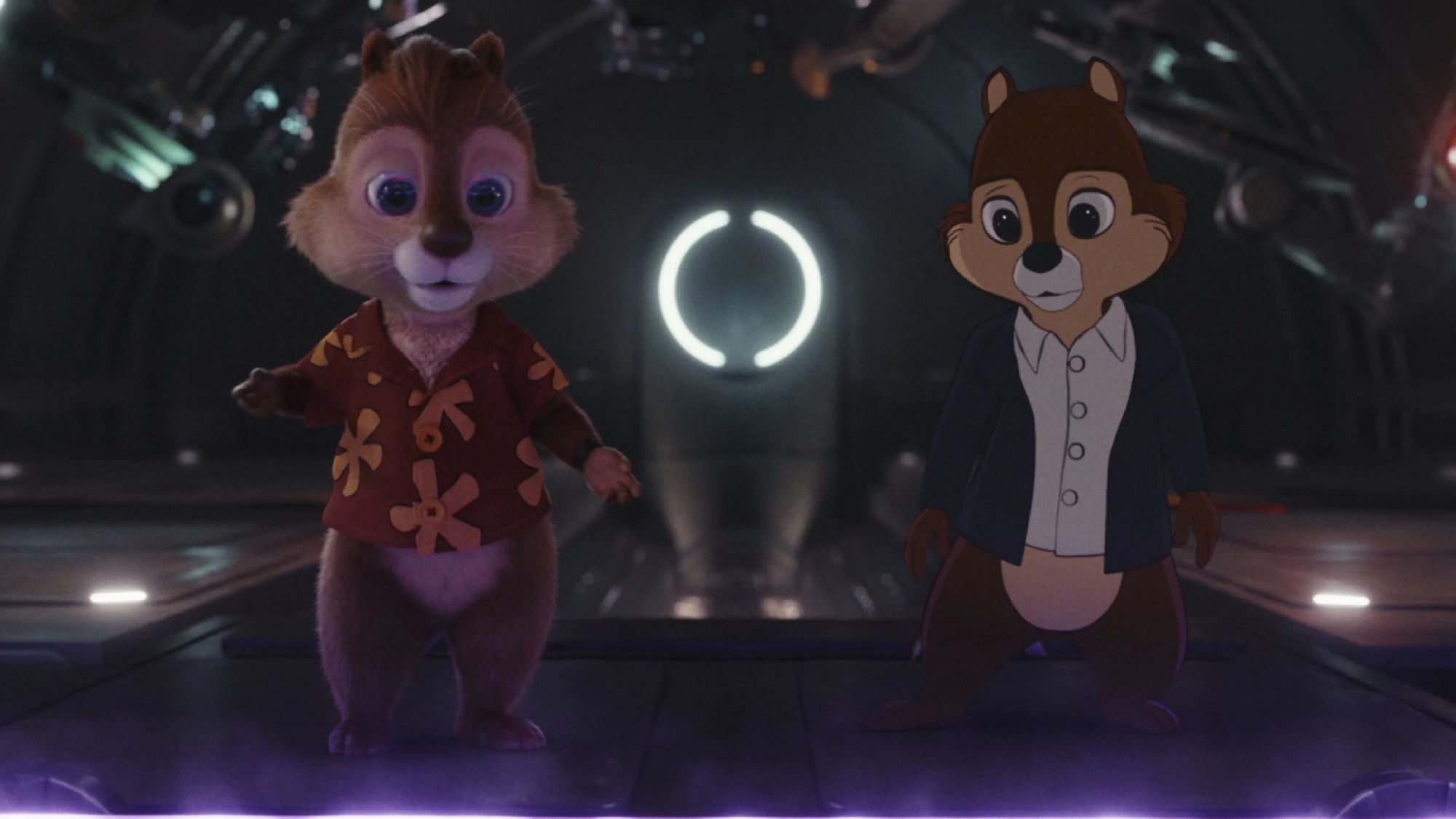 Chip is still a traditional animated character and Dale has had a treatment and now looks like a realistic digital animation character. (DisneyPlus)

It is worth remembering that Chip and Dale They are based on two great characters. Chip is built from Indiana Jones and Dale from Magnum. His way of dressing is more than evident and in the film he whitens without problems. But that’s just the beginning. The script has a very particular sensibility and an intelligent mechanism to integrate the enormous puzzle that having so many characters means. The biggest finds are probably the villain, as Sweet Pete is none other than paunchy old Peter Pan, somewhat angry that he’s finally grown old. And Ugly Sonic (Ugly Sonic), a character so named because it was the first film version of Sonic, the one that was massively beaten by his teeth and had to be changed. In these two characters there is a reflection on the cruelty of the industry and a look at success, the passage of time or resounding failure. Including Ugly Sonic is brilliant. Although the film explains it very well, the cultural reference shows to what extent the world of the audiovisual industry is today integrated. Even those who didn’t see the infamous trailer know what they’re talking about. 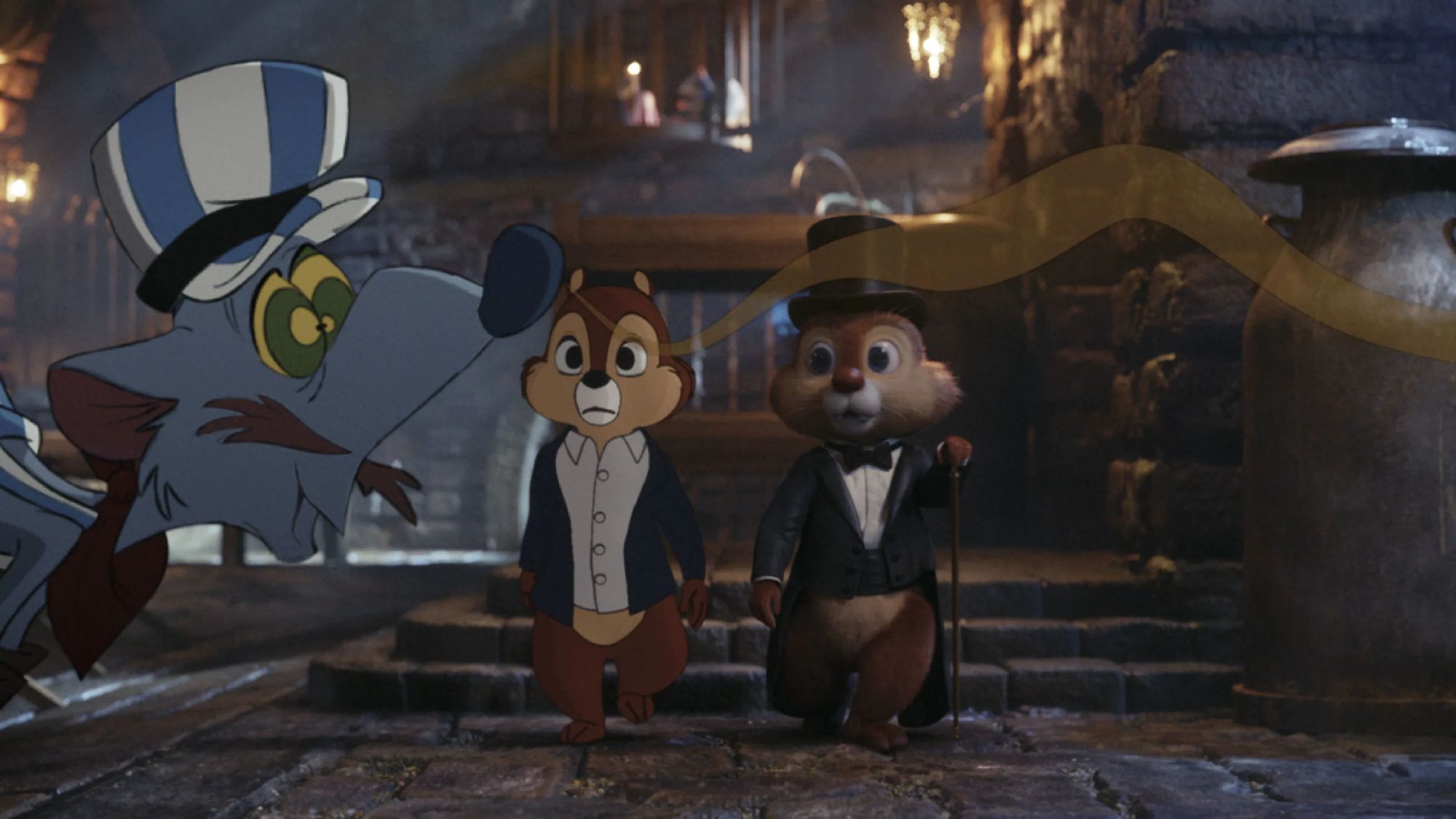 Chip is built from Indiana Jones and Dale from Magnum. (DisneyPlus)

It’s a challenge for viewers to discover the dozens of references or just entertainment they can give up. All types of animation are present and those who want to explore its history have it here. Whoever has no idea about this world that he is up to is understood without those details, as well as the topics that he deals with. The film ironizes about the industry but does not make fun of the characters. In that sense, he is not only smarter than most, he also shows more heart. The dark side of fame, television, video games and movies, all in a fun adventure for all audiences.

Chip and Dale: To the Rescue It can now be seen on Disney Plus.

Chip and Dale: To the Rescue: the movie that brings back the squirrels has already premiered on Disney +
Paramount receives lawsuit related to Top Gun: Maverickwhat happened?
First trailer for a strange worldthe new Disney animated movie

“Chip and Dale: to the rescue”, a family comedy that pays tribute to the world of animation