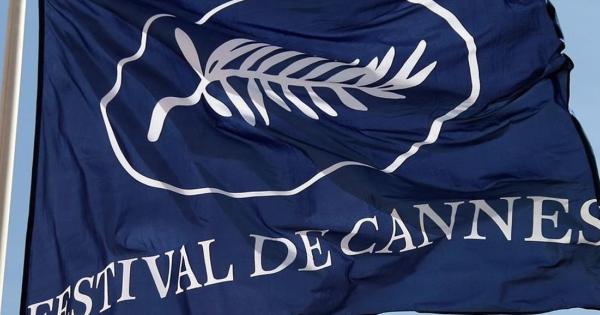 The Cannes Film Festival continues to unfold and present several surprising and highly anticipated titles. Via Variety It is reported that the organizers of the event have looked to Mexico City to screen several of the most important films of the Selection, a spectacular initiative that will surely attract the attention of those most passionate about the seventh art. In the following paragraphs we discuss all the details.

Do not miss: Cannes 2021: Salma Hayek receives award for her career in the film industry

Cinépolis joins forces with the Cannes Film Festival to screen a series of twelve exceptional films that this 2021 have surprised the attendees of the event. Mexico City is part of the select group of cities that will have the honor of receiving the new films, with Beijing, Melbourne, Seoul and Tokyo being the others that are part of the compendium. Thierry Fremaux, general director of the festival, shared a few words about the arrival of 12 films from the Selection to the Mexican capital.

This exceptional year gives us the opportunity, for the first time, to present the films of the Cannes Selection to Mexican buyers in a theater in Mexico City, while the festival takes place in Cannes. I have no doubt that these screenings will help movies find a distributor.

Daniel de la Vega, producer of Cannes in CDMX, also shared his satisfaction with the arrival of the films.

With the realization of this important event, Mexico is confirmed as a vital business platform in the audiovisual industry. The positive response from the film community encourages us to continue to innovate and adapt to the new normal, which can only benefit the industry around the world. As part of the Cinépolis programming team, it is very useful to know the best of the arthouse cinema that premieres at Cannes and that we hope to have in our theaters in the coming months.

For its part, Maria Davila, Cinépolis’s programming manager, made some statements about the festival’s films: “We are very happy to see an initiative of this magnitude in Mexico, for Cinépolis it is very important that the industry in our country have access to an international market of this quality and relevance. ” The films will be screened from July 8 to 16 at Cinépolis Diana.

Perhaps the most popular movie on the list is Annette – 85% from Leos Carax, a musical comedy that marks the director’s return after many years of absence. Starring Adam Driver Y Marion Cotillard, presents the story of a couple made up of a comedian and a singer, who receive their first daughter but do not know all the challenges that will come with her. The film has already been applauded by the Cannes public and the world is waiting for its global premiere through Amazon Prime Video on August 20.

Another much commented on in recent days is Benedetta – 85%, from Paul Verhoeven, who scandalized the public by adapting the nun’s life Benedetta Carlini to the big screen and her lesbian relationship with one of the sisters. The twelve films in CDMX stand as solid proposals for Cannes, below we present the complete list.

Annette – 85% from Leos Carax
Onoda from Arthur Harari
Ahed’s Knee from Nadav Lapid
Nothing to give a fuck from Emmanuel Marre Y Julie lecoustre
The divide from Catherine Corsini
Benedetta – 85% from Paul Verhoeven
La Traviata (My Brothers and I) from Yohan Manca
The Heroics from Maxime Roy
JFK Revisited: Through the Looking Glass from Oliver Stone
tol-de-rol from Larrieu Brothers
A story of love and desire from Leyla Bouzid
Nitram from Justin Kurzel

You may also be interested in: Cannes 2021: Paul Verhoeven’s Benedetta sparks controversy over lesbian sex between nuns