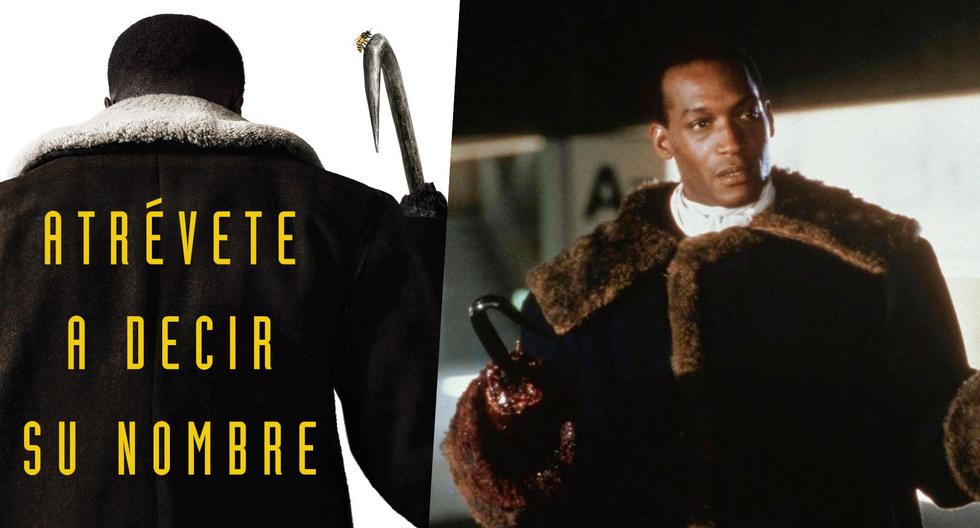 “Candyman, Candyman, Candyman, Candyman Candyman.” For someone who grew up in the 1990s with a love for horror movies, repeating this name in front of a mirror still causes chills similar to being challenged to say “Bloody Mary,” another ghost with a caption not born in the cinema and a similar love for reflections. This August 27 this classic monster returns with a film directed by Nia DaCosta and co-written by the great Jordan Peele (“Us”, “Get Out”).

SIGHT: Isabela Merced: the actress with a Peruvian mother who triumphs in Hollywood and now comes to Netflix

Based on a tale by the master of terror Clive Barker – also father of series like “Hellraiser” -, “Candyman” (1992), starring Tony Todd in the title role, it revolves around the ghost of an African-American man who was lynched by a violent mob in the 19th century for the crime of falling in love and getting a white high-society woman pregnant. Now a specter with only revenge in mind, torments the inhabitants of a marginal urbanization in Chicago to perpetuate its legend.

With a strong racial content, “Candyman” was quite different from the other horror franchises that made it big in previous decades. Although the protagonist is a white woman, played by actress Virginia Madsen, most of her victims are African-Americans from lower social strata. The location of the film, the nothing fictional housing complex Cabrini-Green, was known for its high level of crime and violence, a far cry from the seemingly peaceful suburbs where first Michael Myers and then Freddy Kruger found their own prey.

And without Cabrini-Green there would be no “Candyman.” The complex’s dilapidated graffiti-filled walls, created to house the growing migration of African-Americans from the south to the north of the country during the 1960s, speaks clearly to the circumstances to which they were subjected throughout generations, discriminated against and relegated to oblivion in an increasingly violent reality.

It is interesting to note that racism is not part of the original Clive Barker story, which revolves more between class differences. Entitled “The Forbidden” (“The forbidden”), The story is part of the sixth volume of his anthological series“ Blood Books ”and is set in a poor neighborhood in Liverpool.

Issues such as his race and origin are absent in the author’s account, although the description of the ghost makes one doubt that it is someone with African ancestry: “She was bright to the point of vulgarity: her skin was a waxy yellow. Her thin lips a pale blue. His wild eyes sparkled, they blazed as if his irises were encrusted with rubies.”.

Instead, the racial aspect was added by the writer and director. Berard Rose. Despite the fact that the film has been applauded by its social criticism, in an interview with The Guardian Rose, who is British, admits that her choice to place her story in Chicabo and Cabrini-Green was almost by chance and that she wanted to do more of a story that had more to do with beliefs and myths than racial differences.

“We asked the National Association for the Advancement of Colored People (NAACP) to review the script and they had some concern that the film repeated the cliché of the African American as someone to be feared.“Recalled the director. “I argued that something very strange happens in horror movies: people really do identify with the monster in some way – it is he who they disguise themselves as, not the victim. And Candyman is almost an avenging angel”.

“It was never my intention to make a big social comment. Faced with the reality of what was there, that entered the movie and made it so much better“, he pointed.

For Tony Todd, the musician and actor who brought Candyman to life, portraying racism was a priority, stating to the same publication that he trusted Rose. “I knew that I was not going to create a cartoon and that I wanted to root the character in the long history of slavery in the United States.”.

That part of the story becomes more evident in the film’s sequel, titled “Candyman: Farewell to the Flesh” (1995) which shows the death of the man, the son of a slave, who would become the specter. And although the scene of his execution – in which he loses a hand before being killed using honey, bees, and then thrown into a bonfire – presents a theatricality that denotes its nature as a cinematic product, the act itself is not far from the truth. reality of a country that during the Jim Crow era was the site of hundreds of lynchings of African Americans, including the infamous murder of Emmett Till in 1955, a 14-year-old boy accused of disrespecting a white woman. And it is not as if this violence against African Americans – and other minorities as well – has disappeared in the United States in recent times, as protests over the deaths of George Floyd, Breonna Taylor and Tamir Rice in the last decade have shown.

“Candyman”, with his social comment, served not only to highlight this situation. It wasn’t his only importance, as Jordan Peele told him a Bloody Disgusting:

“The original ‘Candyman’ is one of my favorites. It is a very influential movie for me. Mainly because we didn’t have a black Freddy, a black Jason”Said the director, who in addition to co-writing the script is one of the producers of the new version of the film. “When ‘Candyman’ came out, she felt very daring. Very cathartic. It was terrifying. This was one of the movies that told me that African Americans could do horror.”

On the new film, which will be set decades after the original on the location of the now demolished Cabrini-Green housing complex, he noted: “Candyman is an eternal figure, and what we did with this version is focus on the connection – we try to bring forward the connection with the fact that there is an epidemic of violence in the bodies of African Americans in this country.Peele pointed out. “Candyman cannot be singular, it is a concept. It is a story. It is a monster. And that means it rules through time”. 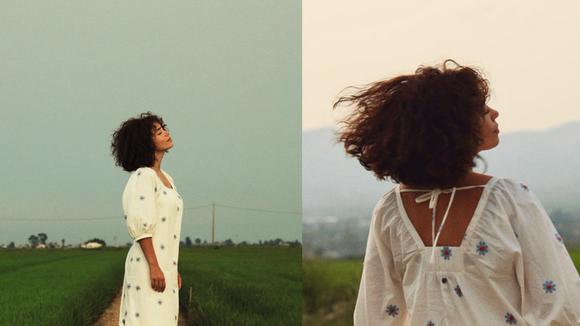 Carol Rovira during the talk with “Saltar Intro” from El Comercio. Video: EC