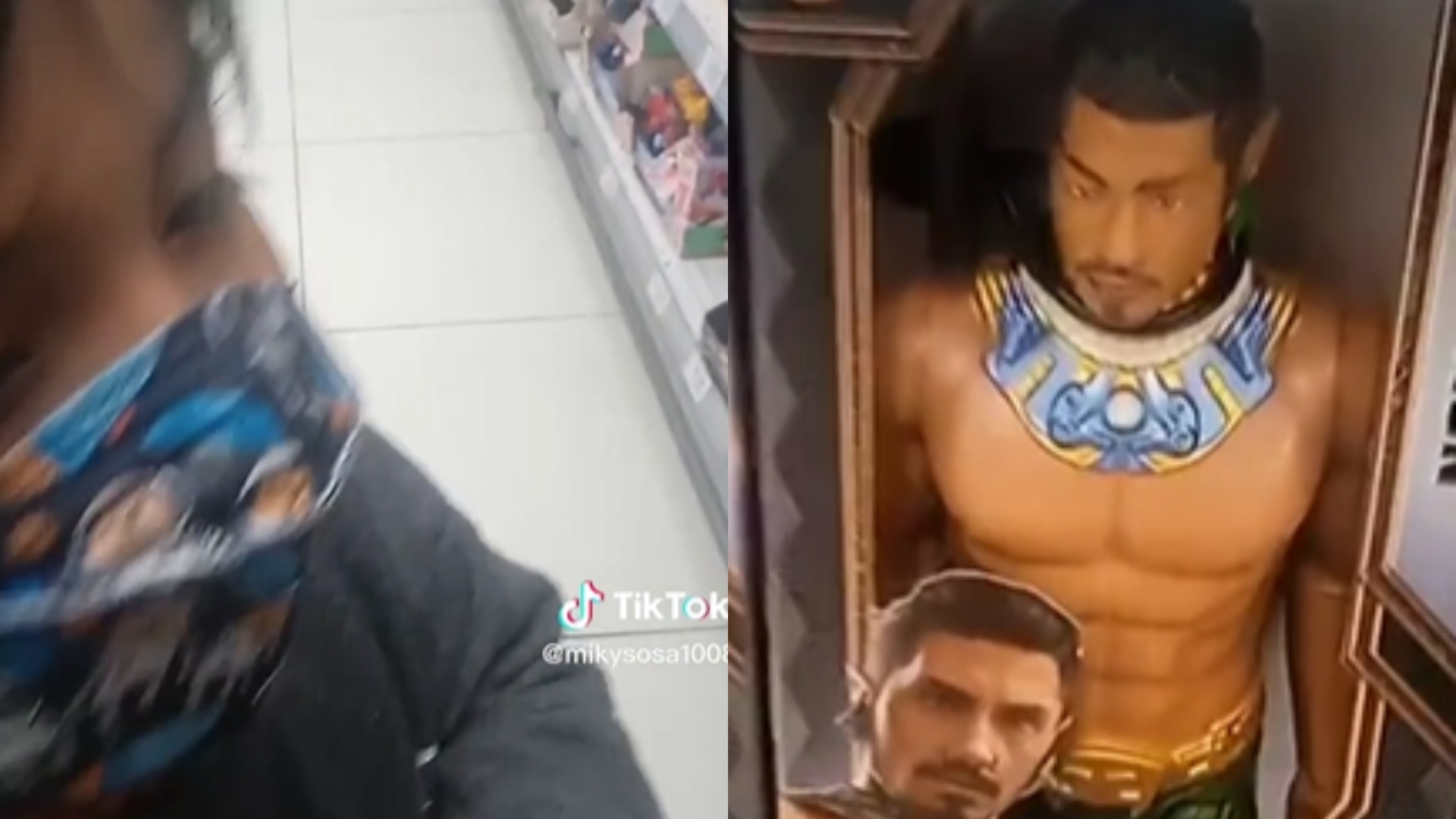 Since the premiere of Black Panter: Wakanda Forever, fans of the Marvel Cinematic Universe (UMC) have not stopped showing their excitement for the film. In addition, as is customary with this type of film, the promotional toys crowded the Department stores.

It was within this context that a child went viral on social networks because he confused one of the action figures of Namorplayed by Tenoch Huerta, with his dad.

everything happened in TikTok where the user identified as Miky Sosa (mikysosa10008) shared the moment when the mother of a child is recording the little one while looking at the doll of the antagonist of this movie.

Pedrito Sola “scolded” Tenoch Huerta for his pronunciation in English, but they ended up dancing cumbia

“Namor” confessed that almost 20 years ago he worked on TV Azteca, but not as an actor

“Namor, dad,” says the little boy as he grabs the figure inspired by Tenoch Huerta and his mother asks him confused if he thinks the toy has his father’s face.

“He’s my dad”, the little one is heard confirming while closely inspecting the doll.

Tenoch Huerta gives life to Namor, an antihero in the movie “Black Panther: Wakanda forever”, where his interpretation claimed the indigenous roots of Mexico

The reactions on social networks did not wait and several Internet users reiterated that Chayanne is considered “everyone’s dad” and possibly that title would be at risk.

“Chayanne trembles, now the children have a new father.” “It’s that Chayanne is already the grandfather.” “Chayanne, father of many, they begin to forget you.” “The new generations must have a new dad.” “Chayanne has to release a new album because her children are unaware of it”, are some of the mentions.

In the same way, other netizens thanked the participation of the Mexicans Tenoch Huerta and Mabel Cadena in the tape.

“Finally a Marval doll that looks like us Hispanics.” “That’s why representation is important.” “I remembered the girls who see the little mermaid and say that it is like them.” “Namor makes me feel much more proud of my country and of being Latin American,” they added.

wakandan forever from Marvel dominated the US and worldwide box office in its debut. It grossed $180 million in the local market during its opening weekend.

With these figures, the sequel to Black Panther set a new record for the biggest opening for a film released in November, surpassing the previous mark of $158 million set by The Hunger Games: Catching Fire of 2013. Worldwide, the superhero adventure collected the sum of 330 million, of which 150 are from other 55 countries in which the film also premiered.

The success that the new Marvel movie has obtained has exceeded in a weekend more than what it has been collected Black Adam almost a month after its release, since the feature film starring dwayne johnsonwhich this week drops to second place in the United States with 10 million dollars, has accumulated 152.5 million in the United States since it hit the theaters on October 21.

Since its pre-production, this feature film has faced various obstacles in order to reach the big screen. In addition to the death of its leading lady Chadwick Boseman, the $250 million project filmed in the midst of COVID and also had to deal with an injury to Letitia Wright, which required filming to be suspended.

Daniel Bisogno came out in defense of Platanito after a controversial joke about Debanhi Escobar
“I’m going to forgive him”: Luciano, son of Leticia Calderón, wants to see his father Juan Collado
The shocking threat of Karla Sofía Gascón to Nadia in MasterChef Celebrity