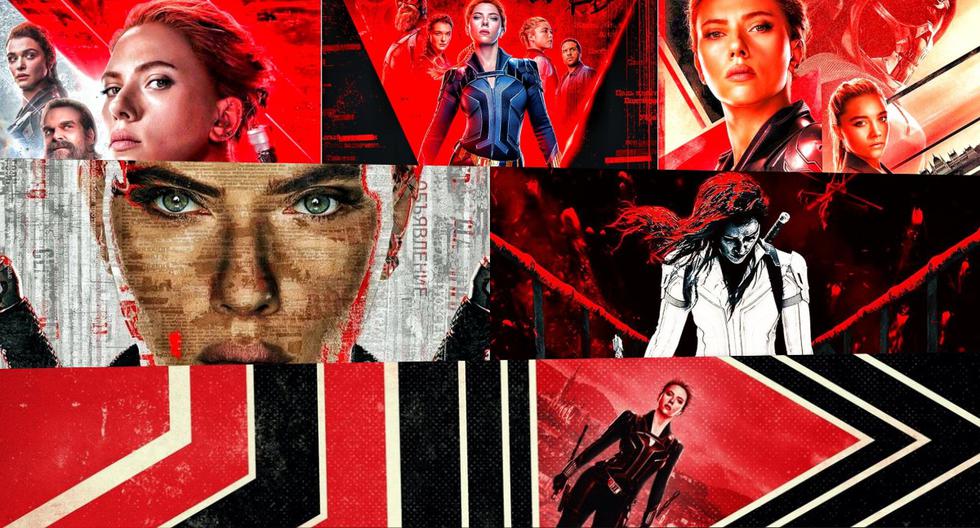 Two years after the catastrophic events at the end of “Avengers Endgame”, “Black Widow”, The film about the black widow, played by Scarlett Johansson, hits the screen simultaneously, through Disney Plus Y in cinemas in some parts of the world.

The chosen date is next July 9.

The film crew recently put tickets and pre-orders up for sale along with a short video trailer of Natasha Romanoff and Yelena Belova fighting the killers in the Red Room.

With the end of “Avengers Endgame”(2019) phase 3 of the MCU (Marvel Cinematic Universe) and it will be with the premiere of “Black Widow“Which begins the long-awaited film phase 4 which also includes:” Shang-Chi and the Legend of the Ten Rings “,” The Eternals “,” Spider-Man: No Way Home “,”Doctor Strange in the Multiverse of Madness of Madness”, “Thor: Love and Thunder”, “Black Panther: Wakanda Forever”, “The Marvels”, “Ant-Man and The Wasp: Quantumania”, “Blade” y “Guardianes de la galaxia Vol. 3″.

“Black Widow”Is located after the events of Captain America: Civil War. Natasha Romanoff, the real name of the heroine, faces the darkest of her pending accounts, when a dangerous conspiracy arises that has ties to her past. Pursued by a force that will stop at nothing to bring her down, Natasha must deal with her history as a spy and the broken relationships she left in her wake long before she became part of the Avengers.

On the origin of the project, the head of Marvel Studios Kevin Feige, In an interview with the IGN portal, he said: “Almost four years ago, when we were working on “Infinity War” and “Endgame” at the same time, when we knew we wanted to carry the story [de Viuda Negra] to the most heroic conclusion possible in Endgame, but we also wanted to explore a part of his life that we had not seen before”

“Although we had seen his adventures in the Avengers movies, many things had happened between them that we had never seen, heard or known about. So we wanted to make a movie with Scarlett Johansson, because she’s Natasha Romanoff, and not have a younger Black Widow for the whole movie.”, He added.

The premiere of “Black Widow”Went a long way due to the Covid-19 pandemic. Initially scheduled for May 2020, it delayed its premiere to the end of last year and did it again for May 2021. Finally, the date chosen was July 9, both for the big screen and for streaming.

Along with Scarlett Johansson, they are part of this production, Florence Pugh as Yelena, David Harbor in the role of Alexei / The Red Guardian and Rachel Weisz as Melina. The film is directed by Cate Shortland and produced by Kevin Feige.

In a recent interview with Total Film, Scarlett Johansson stated about the goal of taking the first solo film of the character she plays on the right track: “I didn’t feel like the character needed to be vindicated … When we finished Avengers: Endgame, I felt good about the work we did. I felt like, unless we were going to do a deep dive, which is this movie … I thought, ‘Okay, she … “.

Seconds later, the 36-year-old actress delves into her answer: “I love Natasha. He’s had an incredible 10-year journey and I felt like he was finally able to make an active decision. (Alluding to Black Widow’s decision to sacrifice herself to retrieve the Soul Stone in Avengers: Endgame and die for it) “It seemed very typical of the character, that ultimate sacrifice that she makes. She has made peace with it and has somehow known that that is her destiny all along, in a strange poetic way. When you look back at the movies, that’s there. All the movies have led her to that choice, to be able to make that decision; or make it a choice“.

For her part, the director of the film Cate Shortland, stands out about this installment: “Natasha is afraid of being loved,” adds Shortland. “It’s really Teflon coated and it’s a fetishized character. So often you don’t see the depth of it. What we wanted to see was her forgive herself and let people in. I think that’s really beautiful because it allows the audience to see it in a different way.

“What I wanted to make sure of was that I connected her to the universe,” continues the director. “I’m not talking about the Marvel Universe, but about a larger universe, so that the audience feels that they are connected to the spiritual.” world and she wasn’t just a leather clad woman kicking butt, and she was a vulnerable, raw, angry and illogical creature that had been harmed as a child. How do you make sense of that as an adult? do you forgive those around you who have caused the trauma? “

Black Widow closes Scarlett Johansson’s stage in the MCU after bringing the famous Marvel character to life for a decade. About this farewell, the actress stated:

“It’s definitely bittersweet because I love my Marvel family, ”he says. “They will always be my family. I’ll never feel ready not to be in it, because I hate feeling like I’m missing things with them. And who knows? Maybe at some point we will have the opportunity to collaborate in some other way ”.

Gugu Mbatha-Raw, from “Black Mirror” to “Loki”: What can we expect from his character?

“Loki”: our criticism (with spoilers) of the first episode of the new Disney + series

“Loki”: What happened to the character after his last appearance in “Avengers: Endgame”?