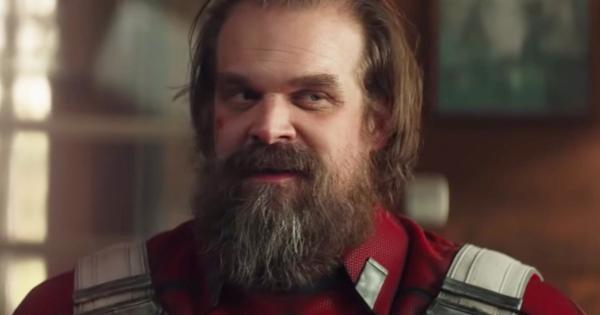 Black Widow – 87% hit theaters and Disney Plus on July 9 and quickly became the most successful movie of the weekend and the entire pandemic. One of the most prominent characters is Red Guardian, played by David Harbour; fans were delighted with the super soldier’s power and its role as comic relief. Harbour confesses during an interview with Variety who wants to see more of the Russian character in the MCU. In the following paragraphs we discuss all the details.

The 46-year-old actor declared his love for Alexei, better known as Red Guardian, and went on to talk about everything he would like to see for his character in the future of the MCU.

We invite you to read: Black Widow: Scarlett Johansson reveals the different versions of the movie that could have been filmed

I love the character, there are so many things you could do with him. There is this 25-year gap where we don’t know who he was, what his version of events is as opposed to the real version of events. What happens to him after this movie and why is he not fighting Thanos? Where is he at that time, what happens then? And after that, when Natasha dies, what happens then? It is very interesting for me and I hope there will be interest on other levels, and maybe we will see some more.

Will we see more of Red Guardian in the future? Only Marvel Studios can have the answer. What we can be sure of is that we will see again David Harbour in a Russian prison during the fourth season of Stranger Things. The new stage of the series still does not have a premiere date on the streaming platform but the promises are great, we will have Jim Hopper back and maybe we will notice some important changes in him.

For its part, Marvel Studios is succeeding with Loki –

96%, series | which hit the Disney Plus platform on June 9 and has been on everyone’s lips ever since. One of the greatest successes of Marvel Studios is to release its chapters per week and not the entire season in a single day, as Netflix does. The format used by the MCU for its series is that of classic television and allows it not only to maintain subscribers on the platform, but also for Loki to remain current on social networks with weekly trends. Next week we will have the final episode and Twitter will surely be filled with the trends of the series again.

The next Marvel Studios movie is Eternals and it will introduce us to a whole new group of superheroes, at least in the Marvel Cinematic Universe. They are powerful superhumans, a race apart from homo sapiens-sapiens that evolved to be superior. After long adventures with several of the best-known characters in the Marvel comics, the Eternals are about to make their triumphal entry into history and the film promises to become one of the best in the entire MCU, especially for the presence from Chloe Zhao as a director.

You may also be interested in: REVIEW | Black Widow: The Movie Captain Marvel Should Be