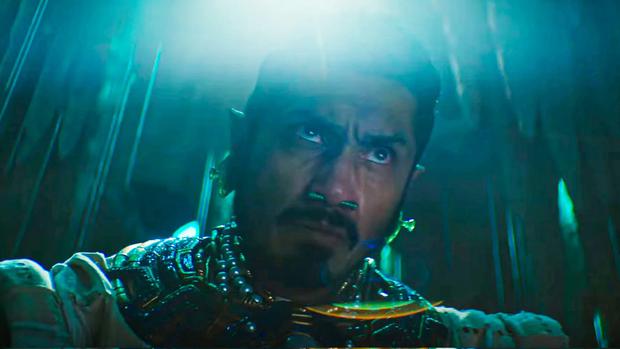 namor made his appearance in “Black Panther: Wakanda Forever”facing Shuri after the death of king t’challathe iconic character of Chadwick Boseman, in the recent film of the Marvel Cinematic Universe (MCU). In the sequel to the 2018 film, the antihero was shown with the expression “Imperius Rex” and the public has wondered about the meaning of this moment and why the actor Tenoch Huerta said it.

The Boseman’s passingdue to colon cancer, was a blow to fans of the MCUbecause he was an actor who had endeared himself to viewers for his great interpretation of T’Challa.

In this way, Marvel did not want to replace the actor and chose to change the fate of the king of wakanda: dies from a disease. In this way, the history of that land changes, especially due to the interest of other countries in the vibranium.

While namorwho governs Talokan’s underwater kingdomdeclare war on Wakanda because their alliance to dominate the world did not come to fruition. Thus, the battle arrives where the antagonist makes a cry that comes from his origins in the comic.

WHY DOES NAMOR SAY “IMPERIUS REX” IN “WAKANDA FOREVER”?

Namor yells “Imperius Rex” in his battle against Shuri.the new Black Panther, in response to the “Wakanda Forever” of his enemy. actually on tape “Black Panther: Wakanda Forever” There is no explanation about the meaning of that expression, but it is understood that it works as a war cry to instill fear in his rival. That’s Namor’s reason for yelling it at the MCU tape.

“Imperius Rex” is one of Namor’s trademarks in the comics and was created by Bill Everett. Also, in a fight against Thorthis character gives more details of that cry: “It means I’m going to feed your pitiful Asgardian skin to the biggest sharks I can find!”Namor stated in the comics.

In this way, not having a clear explanation, it can be inferred that “Imperius Rex” has a double motivation: to diminish his enemy and to instill more courage and strength in Namor.. The fans of the MCU, in addition, do not rule out that in an upcoming film more can be said about what is behind this expression.

“Black Panther”: why Namor says “Imperius Rex” in “Wakanda Forever” and what it means