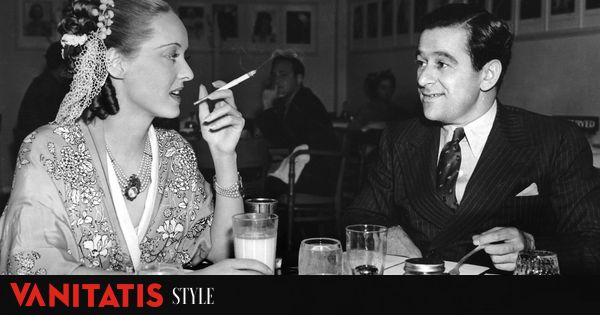 ‘Jezebel’, ‘The letter’ and ‘The wolf’. The trilogy of melodrama they set up William Wyler and Bette Davis it could be described as miraculous. The director whom brainy film historians never considered an author and the actress with the bulging eyes formed a tandem that gave birth to three gems of cinema. Seen today, the movies are a worthy representation of those prestigious dramas full of good dialogue, wicked women (and no one better than Davis to do that) and impressive staging. Studying them would give several articles much longer than the one at hand. That’s what two new books published by Notorious publisher this fall are doing: ‘The universe of Bette Davis’, that has hit the bookstores this week, and ‘The universe of William Wyler’. In both, a large group of authors gives a complete review of the filmographies and the keys of the director and the actress, whose professional lives intersected on those three miraculous occasions.

Bette herself said that her career wouldn’t have been the same without Bill’s help and it is. The relationship was not only professional but also a brief idyll that, for a time, was the talk of everything Hollywood.

The story began when Wyler was ‘loaned’ by the producer Samuel Goldwyn a Warner to carry out ‘Jezebel’, one of his most expensive and ambitious productions. The history of the pre-Civil War South, with New Orleans yellow fever and tensions between slavery and abolitionists, was devised by Owen Davis Sr and represented in the theater by Miriam Hopkins, arch enemy of Davis. The similarities to the hit bestseller, ‘Gone With the Wind’, which was set to be the biggest blockbuster ever to be adapted by Hollywood, made Warner rush to get his movie out early. Everything was in order to annoy the matter to David O’Selznick, who was hell-bent on turning the story of Scarlet O’Hara. It was on the set of this southern story that the spark between Davis and Wyler emerged. In those years, when Davis was married to the musician Harmon Nelson, it was a difficult beast to tame. Her marriage was giving its last blows and she had already sued the studio, claiming that they forced her to make films that she did not want.

Although years later, Bette Davis assured that that filming and the love relationship with Wyler meant something special (“the moment of my life of the greatest perfect happiness”, in her own words), the skirmishes between them prevented the thing from ending in marriage. After a day of discussion in the middle of filming, Bette received a letter from Wyler. Proud as usual and as fierce as many of her characters, she refused to open or read the letter. In the brief, the director of ‘Ben-Hur’ He proposed to her and summoned her to respond quickly to his request, fed up with the inconsistency of the history they both lived through. Davis took a week to open it and read a letter in which, in addition, the director threatened to marry another, Margaret Tallichet. As if it were one of their movies, the same day that Bette Davis opened that envelope and read those lines, Wyler married someone else. For her it was always a missed opportunity, as she considered Billy to be the great love of her life.

Released in March 1938, ‘Jezebel’ was, apart from the film during which Jane Fonda was born (Henry was the male lead), a huge box office success that preceded the ‘Gone with the Wind’ phenomenon. It also gave Davis her second best actress Oscar. The star had gone from fighting tooth and nail over three-dimensional characters to becoming the queen of the studio to the astonishment of himself. Jack Warner, with which he had so many disputes at that time.

After that success, it was more than justified that Wyler and Davis were working together again. And they did so on two more occasions: in 1940 ‘La carta’ was released and in 41 ‘La loba’. The filming of the latter was another pitched battle, but this time it ended in a nuclear bomb. The work of Lillian Helman on which the film was based had everything to succeed: family plots, greed and misery and dialogues that were like sharp knives. Tallulah Bankhead, who already had a master’s degree in harpy roles, had been the star of the play on Broadway. In the movies, the selfish Regina Giddens had the face of a Davis more warrior than ever.

Wyler wanted to avoid all conflict by insisting that Davis go to see the play so as not to imitate Hellman. The actress not only did not imitate her, but she wanted to eliminate all nuances of the character and insisted that her face be white to appear even more evil. Despite the insistence of the director, who tried to give the protagonist nuances, the diva insisted on turning her into an ogre, appearance included. Day after day, the screaming between her and the director multiplied to such an extent that she threatened to go home and did so for a few days. Although the team of ‘La loba’ tried to ignore that war, some of the cast members suffered it in their own flesh. During one of the worst brawls between Wyler and his star, Teresa Wright, who played Regina’s timid daughter, burst into tears.

Things got so serious that, to the regret of world cinephilia, Davis and Wyler never worked together again. ‘The wolf’ was nominated for countless Oscars (9 to be exact, one of them with Davis as a candidate), but not a single one won. Yes indeed, it was one of the blockbusters of 1941 and garnered extraordinary reviews.

Years later, the director participated in a tribute program to the star in which he put her through the roof. They had never passed through the altar, but their complicity showed, with the perspective of time, that they had made film history; a story that is not only made of technique and narrative expertise, but also of the heart.

Bette Davis and William Wyler: new books and the keys to a love / hate that made history