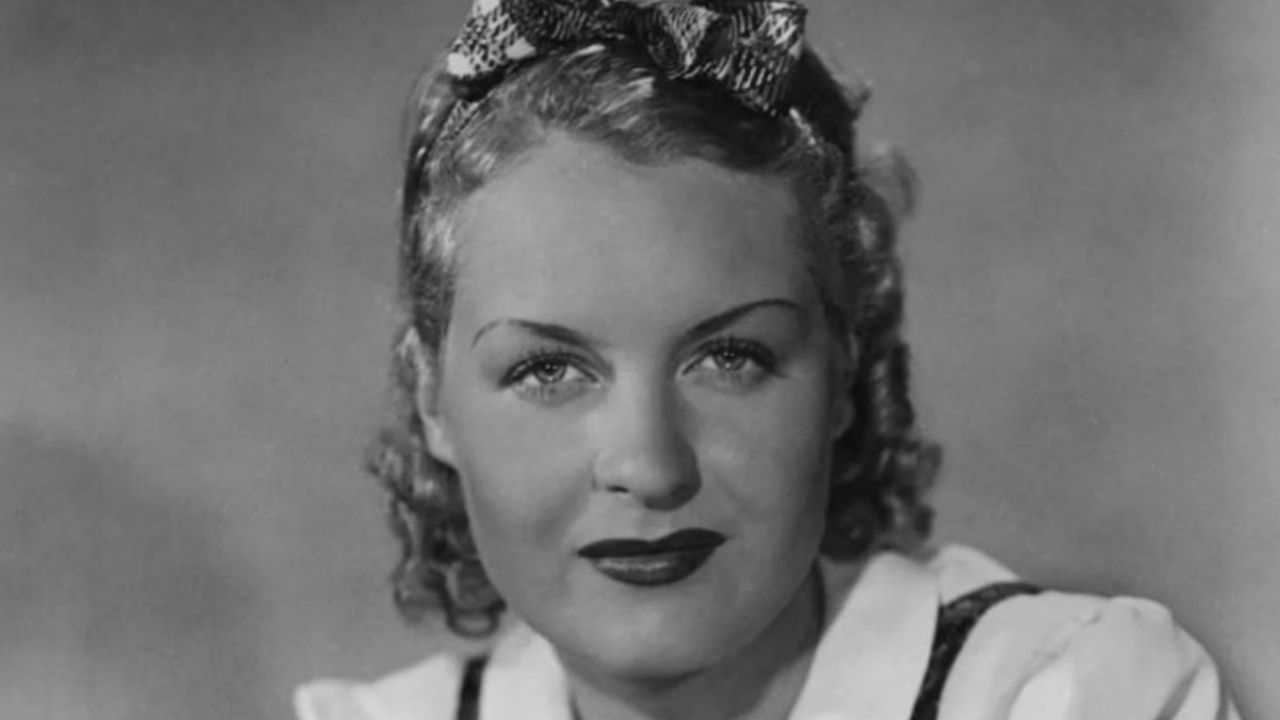 Mexico became an attraction for the Nazi regime, led by Adolf Hitler, for two reasons, its closeness to the United States and the country’s oil production, especially after it was nationalized in 1938, since that hydrocarbon was of interest to the German regime during the Second World Cup, which coincided with the better Mexican film era.

Thanks to that he arrived in Mexico Hilda Kruger a german woman who dabbled in the Golden Age of Mexican cinema And although she did not have a role of great relevance compared to other foreign actresses such as Marga López, she managed to captivate in important spheres because she enjoyed an exceptional beauty that opened doors for her in the world of politics.

As an actress of the Cine de Oro she was unsuccessful, In his short career, he only made four films: The one who died of love (1945), Bartolo plays the flute (1945), Adultery (1945) (Adultery) and House of women (1942) (The story of seven sinners), of them there are some videos on platforms like Youtube where you can do your acting work.

In those films he shared credits with actors such as Katy Juror, Freddy Fernández, Manuel Medel, Roberto Cañedo, Shilinsky, Manolo Fabregas, Agustín Insunza Anita Blanch and Julián Soler to name a few, although she did not play the leading role in any of them, as she did not have great talents as an actress, but as a spy.

It is even said that managed to captivate Mario Moreno “Cantinflas” With whom she coincided when attending the National Autonomous University of Mexico (UNAM) in the Faculty of Philosophy, as she was interested in learning more about national history.

Hilda came to Mexico as a Nazi spy

In the book Hilda Krüger: life and work of a Nazi spy in Mexico, the writer Juan Alberto Cedillo details the link that the actress had with the regime commanded with Hitler, as she was a lover of the German propaganda minister Joseph Goebbels and he sent it to this country in 1941 with the slogan of obtaining first-rate information.

Skilled for personal relationships, Krüger knew how to weave a spy network both in Mexico and in the United States and had no qualms about putting whoever was necessary to his bed to achieve his goal, so he knew how to conquer characters such as Miguel Alemán, who was then Minister of the Interior.

Before arriving in this country, the blue-eyed German blonde was in the United States, where managed to woo important men like the oil billionaire Jean Paul Getty who was his gateway to select social circles where he slipped in so naturally that he could leak information without raising suspicion.

There he learned that Mexico was preparing the nationalization of oil, so in 1941 he arrived in the country, because the Nazis needed that fuel to face their fight against the Soviet Union, Therefore, his first step was to seduce Ramón Beteta, who was Undersecretary of Foreign Affairs and who made it easier for him to meet Manuel Ávila Camacho, then Secretary of the Interior.

From him he would obtain all the information he sent to the Nazi regime, but his time as a spy did not last long, since the United States knew of the presence of Germans in Mexico and after the Japanese attack on Pearl Harbor, they demanded that the Mexican government arrest 22 people among them. They were Hilda Krüger, who managed to save herself thanks to the favor of her lover, since President Ávila Camacho had already ordered her arrest.

He ended his days without pain or glory

Although she had the ability to relate to men thanks to her beauty, her time in the cinema was not successful, after being discovered she married Nacho de la Torre, who was related to the family of Porfirio Díaz, however he divorced shortly after.

She tried to resume her acting career but was unsuccessful. no longer had the support of influential men as in his past, so little by little his name was being forgotten; he was fortunate not to receive conviction for his work as a spy for the Third Reich. He died in 1991 in Bavaria and his story is now remembered.

Katerina Matilda Krüger was born in Berlin in 1912 and from a young age showed an interest in acting, which is why her family supported her with a career in the theater and in the 1930s she ventured into the cinema for the first time.