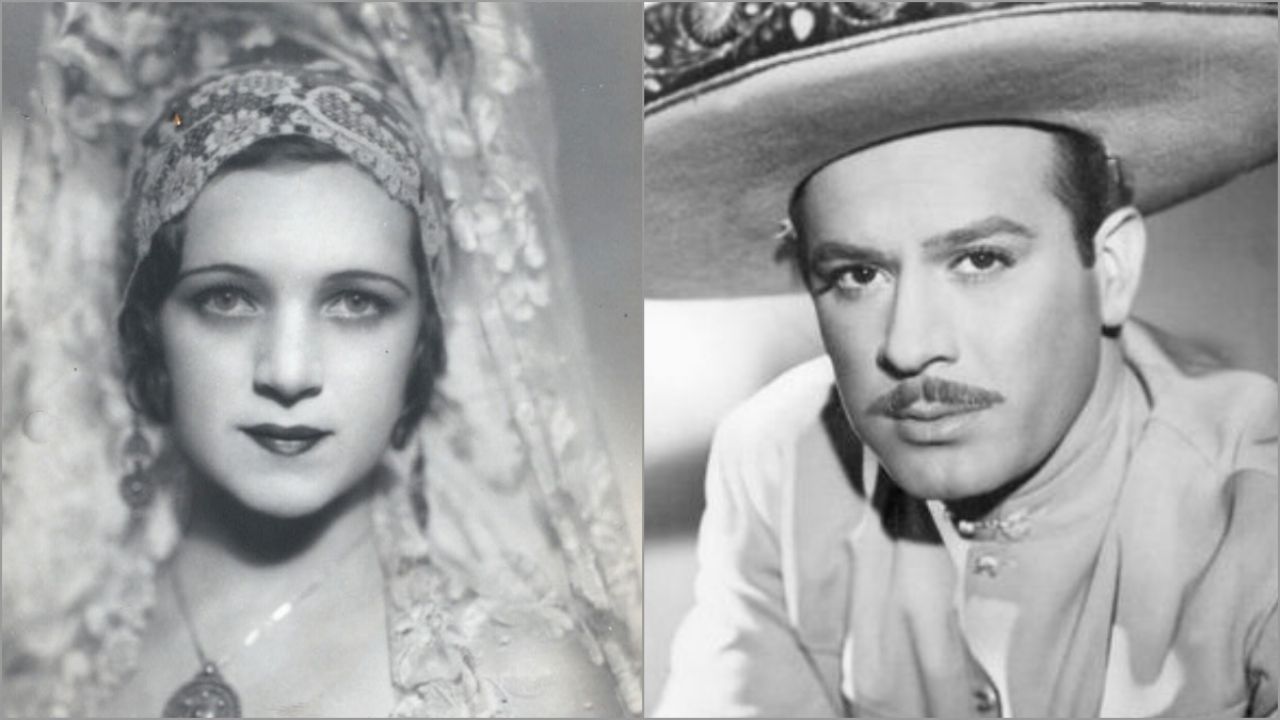 The Golden Age of Cinema in Mexico gave the opportunity to a large number of actresses from other countries to shine on the screen, as is the case with this bella woman who debuted in our country with Pedro Infante and stood out in the national cinema overshadowing some Mexican women.

Blanca de Castejón, born in Comerio, Puerto Rico on April 28, 1907, left the island very young for Buenos Aires, Argentina, where she filmed two films. He then traveled to Hollywood, where he recorded seven films with important Latin and Mexican figures, such as Lupe Velez, Gilbert Roland and Tito Guizar.

The actress She was the daughter of Rafael de Castejón Hernáiz, a telegrapher, and Josefa Otero Rivera, a housewife. She married twice, the first with the Cuban heartthrob Rafael Banquells, who later married Silvia Pinal, a union that lasted eight years and finally with Federico Lara, with whom he lived until the day of his death.

His first film in the mexican cinema was “The reason for the guilt”, in 1942, in which he shared credits with Pedro Infante, which meant the debut of la beautiful actress at the Cine de Oro, tape that was also one of the first he recorded The inmortal, who began his career in 1939.

Although Blanca Castejon started his career several years beforeIt was until 1948 that he obtained his first success with the film “I already have my son”, directed by Ismael Rodríguez, and in which he appeared alongside Isabela Corona.

After this film, his opportunities to shine came with comedies such as “We stenographers”, “Mom takes away our boyfriends”, and particularly “School of vagabundos”, where he reunited with Infante and gained great fame for his character as Emilia de Valverde.

Thanks to the famous movie, where he also shared credits with Miroslava Stern, won an Ariel in the Female Co-Acting category. In addition, it helped him to get more roles in the comedy genre, participating with other important actors such as Antonio Espino “Clavillazo” and Germán Valdés “Tin Tan”.

Blanca de CastejónShe was also a costume designer, participated in theaters, and was a voice actress, where she is recognized for voicing the Queen’s character in the first Latin American dubbing of the animated film “Snow White and the Seven Dwarfs” and lending her voice to the “Dumbo” tape.

The beautiful actress He died on December 26, 1969 in Mexico City, at the age of 63, although the causes of his death are unknown.