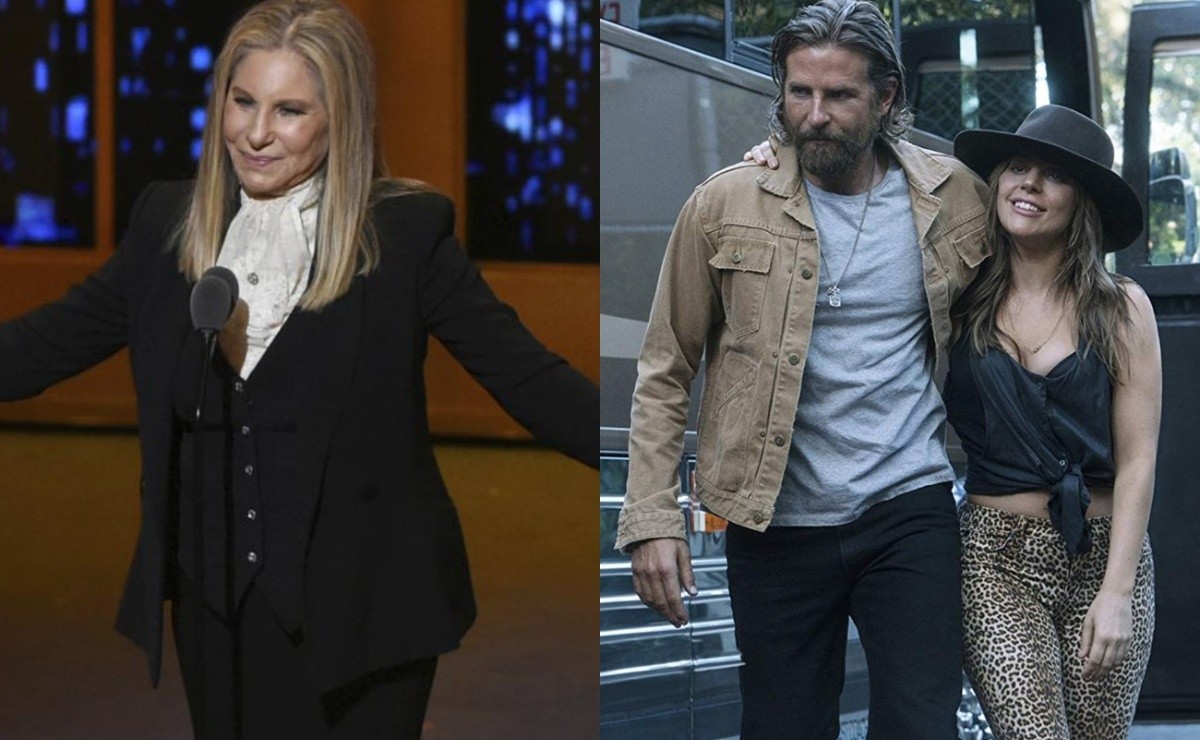 In 2018, actor Bradley Cooper made his directorial debut with a revamped version of “A Star Is Born,” a story that first came to Hollywood in 1937 and was later re-adapted in 1954 with Judy Garland and James Mason, returning a again on the big screen in 1976 with Kris Krisstoferson and Barbra Streisand.

The story of “A Star Is Born” is essentially the same, a singer of great fame who is in a state of decay meets a talented young woman and helps her achieve success in the world of music while this is seen every time more consumed by his addictions and excesses.

Bradley Cooper’s film received high praise for its own performance and on-screen chemistry alongside Lady Gaga, who was nominated for an Oscar in the category of “Best Actress,” as well as receiving an award for “Best Original Song” for “Shallow”, a song he plays alongside Cooper.

However, during a recent interview with The Sunday Project, Streisand has pointed out that this remake of “A Star Is Born” has “the wrong idea”, arguing that he felt great interest when it was first announced that the remake would star Will. Smith and Beyoncé.

“I thought it would be interesting. Make it different, with different music, integrated actors, I thought it was a great idea. So, I was shocked when I saw how much it resembled the version I did in 1976, ”Streisand commented on Cooper’s vision.

When the interviewer suggested that this similarity to her film might be a compliment to her, Streisand commented: “I don’t know, but I thought it was the wrong idea. Look, it was a huge success. But I don’t worry as much about success as I do about originality ”.

You might also be interested in: The Suicide Squad: Action Sequence Was Inspired By A Video Game

Interestingly, in 2018, during the arrival of “A Star Is Born” to theaters, Streisand issued high praise for the film, noting that “Lady Gaga was wonderful in it.” In a chat with Entertainment Weekly, Bradley Cooper claimed to have welcomed the musical diva on set, who offered her blessing to the production.

Meanwhile, Lady Gaga is gearing up for her second starring role in theaters with Ridley Scott’s “House of Gucci,” directed by Ridley Scott with Adam Driver, Jared Leto, Jeremy Irons, Al Pacino and Salma Hayek in its main cast.