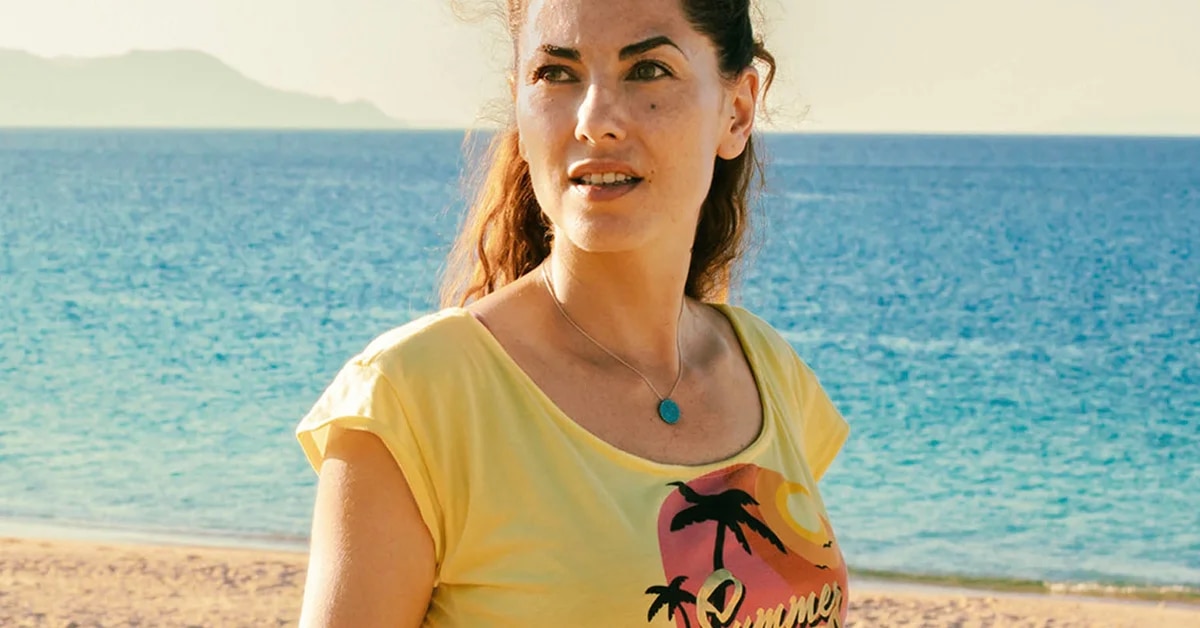 In Álvaro Curiel’s new film, Bárbara Mori not only felt identified with the role, but also remembered all the moments that happened when her son Sergio was in his teens.

According to the interview that Infobae México gave her, Bárbara Mori told some anecdotes about her life as a mother and her help in interpreting her role as Luisa in the Amazon Prime Video movie “You are my problem”.

“When I read the script, I identified a lot because of what I had already experienced with my son, several years ago, but there were many scenes that I said. ´wow, it’s me yelling at Sergio at the time where he behaved like this´ and that obviously made me connect with the heart of the film, of this story and realize that I had a lot to give to the character, to Luisa and then I said yes, of course ”.

Similarly, Bárbara Mori already wanted to work with this production company and with the director, as she was very pleased with the relationship they had.

You are my problem (Photo: Amazon Prime Video)

“Álvaro Curiel is a director I wanted to work with before Regina Solorzano, who is the producer, did not know her, but She is a beautiful woman, chingona, warrior and who took this movie forward in the middle of a pandemic and it was wonderful. “

“Luisa’s work with Álvaro and Santi was all about zoom, at the beginning. Álvaro and I reviewed the script many times, all our work was by zoom, try to enter the scenes and so on ”.

In addition, the pandemic was not an impediment to rehearse, as he thanked technology despite the failures of the internet.

“When Santi entered the painting, it was already the rehearsal, which was by zoom, and It was much more difficult, more complicated because suddenly the signal was blocked and I didn’t hear it well and the timing of the rhythm, of the scenes, was not as we wanted or as Álvaro wanted, but it is a great tool in the middle of a pandemic, so we managed to do it quite well ”.

You are my problem (Photo: Amazon Prime Video)

“Later we began to see each other physically, already with covid tests and until we went to Baja and there we continued rehearsing and we continued to find moments of intimacy with Santiago and myself,” he mentioned.

As for Santiago Barajas, Bárbara Mori confessed that he is “A wonderful child, super professional despite not having so much experience in this, super talented, intuitive and we had a chemistry from the first moment and that allowed us to build a very intimate relationship ”.

“In the end it was hard for me to be angry, because I liked the actor very well and we laughed a lot between takes. We had a great time and it was a very enriching process for everyone ”, he commented.

The film is about a single mother looking to put her life in order. However, her son does several things to make her desperate. It is for this reason that Barbara tells us what it was like to do these scenes, despite having remembered those moments with her son.

“There are many scenes that have that, there is so much tension in the relationship between Luisa and Sebastián all the time and there is a rejection on his part, a mockery, that it does affect and that Yes it hurts and you have to move the scene forward and overcome as the character of Luisa ”.

“There were many moments where I identified myself, I feel that the climax is very important, it was very moving and you enter a vulnerable space and the end of the film closes perfectly that you tell a story of the search and suddenly you realize that you find yourself with a treasure that you were not looking for and it is one of the greatest treasures that you could have found ”.

“Like the whole story, in many moments, I felt ‘there is, how strong this'”, ended.

Álvaro Curiel spoke with Infobae: “in the desert, filming at 40 degrees with a mask is an inhuman thing”
“You are my problem”: Álvaro Curiel’s new comedy has already been released

Bárbara Mori with Infobae: “I identified a lot because of what I had already lived with my son”