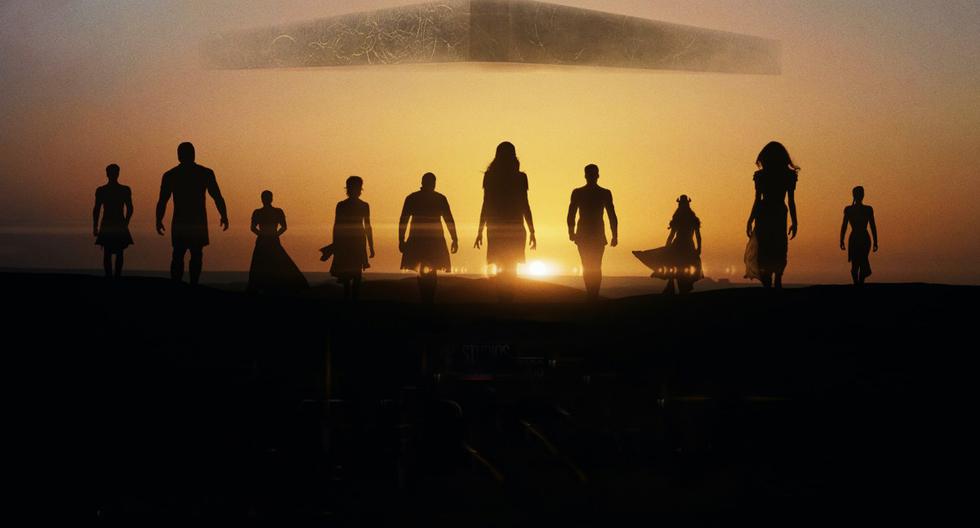 One week after its theatrical release, “Eternals”Is giving something to talk about and not precisely because of its excellence but quite the opposite. It turns out that the portal Rotten Tomatoes has given the latest Marvel tape a 61% approval, the worst score ever received in a film of the Marvel Cinematic Universe. The rating is based on more than 100 reviews.

“Eternals,” with Angelina Jolie as Thena, Salma Hayek as Ajak, Richard Madden as Ikaris, Kumail Nanjiani as Kingo, Brian Tyree Henry as Phastos, Lauren Ridloff as Makkari, Lia McHugh as Sprite and Don Lee as Gilgamesh, opens on 5 November in movie theaters in the United States and on the 4th of the same month in Peru and Latin America.

SEE ALSO: “Eternals”: everything we know about the character that Harry Styles will play in the Marvel film

The lowest of all

Next, the ranking of scores of the films of the UCM according Rotten Tomatoes:

SEE ALSO: “Eternals”: Basic Guide to Prepare for the Next Marvel Studios Epic

And now the list of reviews posted by Rotten Tomatoes that they have put to “Eternals“In a place that is not at all pleasant.

“It is refreshingly opposed to convention by not following the typical history and aesthetic formulas of the studio.”. – Courtney Howard, fresh fiction

“As much as it pains me to say, Zhao presents one of the weakest MCU offerings yet.”. – Linda Marric, The Jewish Chronicle

“There is no doubt that Marvel devotees will enjoy it once again and might even forgive the rather chaotic nature of this offer.” – Linda Marric, The Jewish Chronicle

“In many ways, this is nothing like any Chloé Zhao movie we’ve seen before … Anyone anticipating the first ‘Arthouse Marvel’ should moderate their expectations.” – John Nugent, Empire Magazine

“This is not really the movie that any of us expected from this extremely talented filmmaker.” – Linda Marric, The Jewish Chronicle

“It is clear that Zhao, by signing up for this project, made the decision to put his highly expressive and idiosyncratic style on the shelf and embrace the straightforward expository conventionality of Marvel cinema. That’s kind of disappointing. ‘ Owen Gleiberman, Variety

“Sometimes he has trouble knowing how to balance the aspects that the audience expects with an MCU movie and Zhao’s instincts.” – Aaron Neuwirth, We Live Entertainment

“Seven thousand years is a lot to cover in just over two and a half hours, but Eternals lo achieves perfection ”. – Tessa Smith, mom’s geek

The film works on two levels, the cosmic and fantastic, that of the celestial, and the human, the dramatic, but the mixture of the two is not fully realized. – Alejandro G. Calvo Sensation

” Eternals has a lot of humor thanks to Kingo and Sprite. While much of the comedy is hilarious and entertaining like most Marvel movies, there are other times when a joke undermines an important emotional moment. ” – Molly Freeman, Screen Rant

“The work of cinematographer Ben Davis makes for a sight to behold.” – Brandon Zachary, CBR

“Compared to the computerized diarrhea at the end of Endgame , this could well be Dogme 95 ″. – David Ehrlich, IndieWire

“The special effects team killed it … The style and aesthetics are so ethereal, futuristic and cosmic at the same time that it amazed me every time I saw it on screen.” – Josephine L., frikis del color

This movie is huge on every level, both for its story and its scale. Sometimes the narrative can seem a bit messy, but her heart always shines. Zhao has created something so different from the rest of the MCU. Austin Burke Austin Burke / Flick Fan Nation

The film directed by Chloe Zhao explores the mythology of the Marvel Cinematic Universe and introduces us to a diverse group of heroes who have guarded humanity since ancient times. It opens on November 4 in Peru and Latin America.

SEE ALSO: “Eternals”: Basic Guide to Prepare for the Next Marvel Studios Epic

“Eternals”: “Epic” and “moving”, this says the first impressions of the new Marvel film

“Eternals”: Look at the new posters of the protagonists of the long-awaited Marvel movie

“Eternals”: who’s who in the new Marvel hero movie

Bad? “Eternals” has the lowest score of all films in the MCU, according to Rotten Tomatoes.