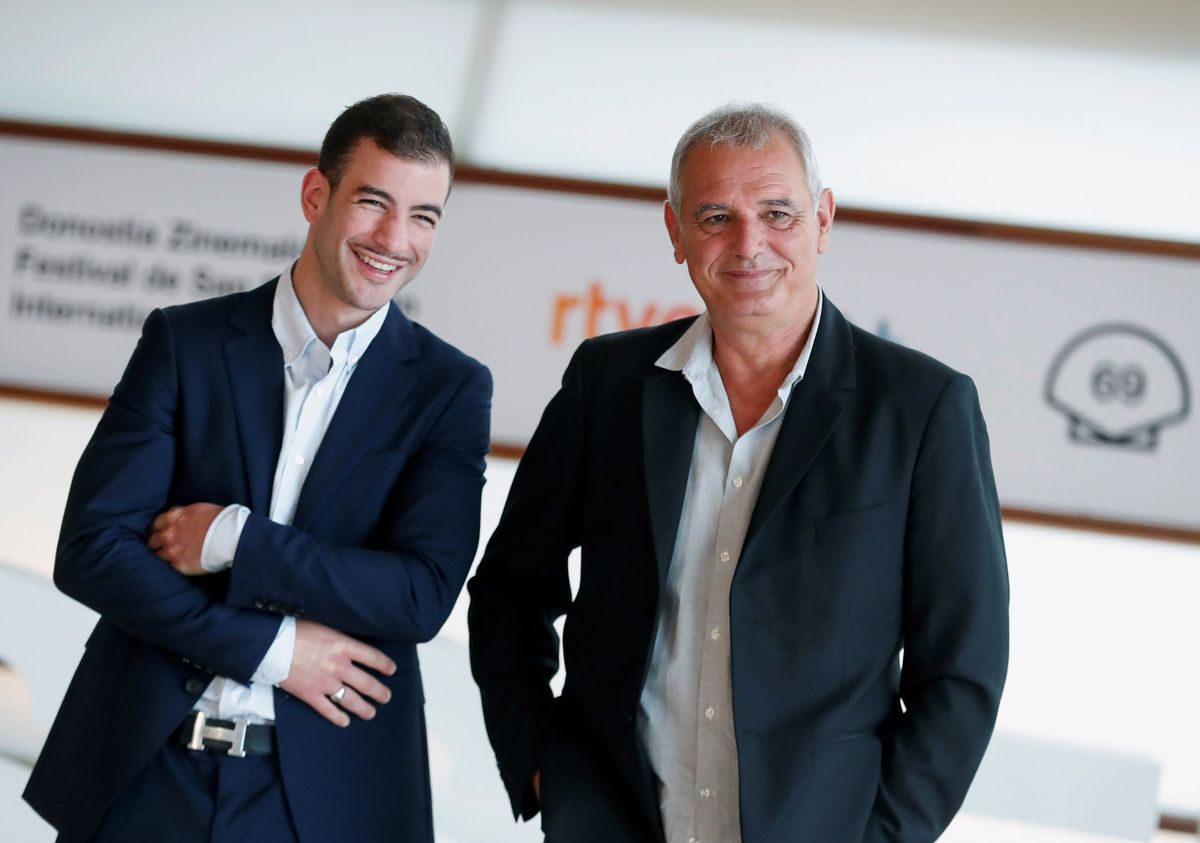 Tired of the trip, although wanting to talk, María Cristina takes shelter in a corner of the San Sebastian hotel Laurent Cantet (Melle, 60 years old). The French filmmaker presents in the San Sebastian festival contest Arthur Rambo, a film ready to participate in the 2020 Cannes competition, but which the pandemic expelled to the film waiting list. Those two years of rest have not made him lose relevance: there will be no masks on screen, but his main narrative engine, the culture of cancellation, has become a throwing weapon today: an unfortunate tweet leads to a digital firing squad, virality – from social media, not from covid in this case – is a relentless guillotine.

Cantet has based its story on the radio journalist Mehdi Meklat, who in France suffered public derision for his anti-Semitic tweets to describe the 48 hours of fall from hell of Karim D., a young Maghreb writer on the cusp of fame in France, the considered new voice of immigration, the man who follows living with his mother and his brother in one of the inhospitable apartments of the suburb, the French suburbs. Karim D. is near perfect, but for years he has nurtured a alter ego in networks, Arthur Rambo, wild, ruthless. And despite the fact that when the scandal breaks out, they defend themselves (“Everyone knew I was doing it and that it was me! He was a character! And he was ridiculous, hence his name!”), The digital world has already dictated judgment.

“There is a structural racism, which we hide because it is not beautiful or glorious, which turns into social racism by building ghettos for these families.

The culture of cancellation falls on him. And the phenomenon is global: we only have to remember the resignation in 2015 of the councilor of the Madrid City Council Guillermo Zapata for some 2011 digital commentary about the Holocaust. “Every time I make a film I ask myself questions, and I use the cinema to specify them. In this case, I was concerned about the use of social networks, which are used without measuring their strength or danger, and it seemed appropriate to dedicate time to it. Meklat was destroyed in one night, despite his political intelligence, despite the quality of his literary work, ”recalls Cantet. “I shared social ideas with Meklat, and when the scandal broke I thought: ‘How could he do that? How could these ideas coexist in his head? ‘ I felt the generational fracture, obviously, although at the same time I think that social networks induce this behavior, no matter how old you are ”.

The irony and the context

The filmmaker does not use social networks. “Users forget that the apparent freedom with which you write words in 10 seconds means that all comments are at the same level. If we do not distance ourselves from the environment, the networks will continue to be a danger to thought, freedom and even to society ”. Does that imply that there is no room for irony in the 21st century digital world? “The irony that Karim uses is very violent, and to stand out on social networks you must create strong phrases, and irony in my opinion cannot survive these headlines. The irony needs a context, and as the maxim says: ‘You can joke about everything but not everyone’. It collides with social networks and their general echo ”.

Arthur Rambo connects with some previous Cantet titles, such as Class (2008), Palme d’Or at Cannes, in which the leading actor of this new work, Rabah Nait Oufella, debuted, or The writing workshop (2017), in which he echoed those France that barely know each other, that share territory but do not interact. “True, there are dual characters that chain above all The writing workshop and Arthur Rambo, because together with an enormous humanism they harbor great anger ”. Cantet warns about the danger of that anger: “It is time that we take it into account, it is going to explode in our faces.”

And that in his country, where different voices and artists have reflected on the shadows that obscure generations of immigrants, or descendants of those migrants, who wonder what it is to be French or not, who feels French or not, and who is excluded to be French or not. “There is a structural racism, which we hide because it is not pretty or glorious, which turns into social racism by building ghettos for these families. We have denied their identity, and we have pushed them to look for another one ”, says the filmmaker, who to show it has built a character, that of the protagonist’s fifteen-year-old brother, in permanent fury. “Very understandable, of course, for those of us who live in Paris. It is a terrible city with an obvious physical wall, the ring road: intramural and extramural. The center and the suburb. Few people cross the border. Karim enters intramurals without knowing the rules of the game that this world governs ”.

“Irony needs a context, and as the maxim says: ‘You can joke about everything but not everyone.’ It collides with social networks “

Because Arthur Rambo it contains – as a testimony to social hypocrisy – one of Cantet’s talents: his ability to give voice, to express themselves, to all kinds of opinions that help the viewer understand a situation. “I need to account for a complexity without imposing a mode of use,” he explains. “And it is risky because some will tell me that I do not want to teach my point of view, that I am a didactician.” He laughs, because he always speaks clearly. And it rolls the same: nothing seems artificial. “On the one hand, I have calibrated many rhythms, the frenetic one at the beginning, the one closest to the documentary at the end. On the other hand, I did not touch anything on the set in the neighborhood. The garbage that you see, the clothes, were there. And finally, the digital messages that appear on the screen serve to understand their weight in the narrative. To understand their pressure, to show that social networks parasitize our lives ”.