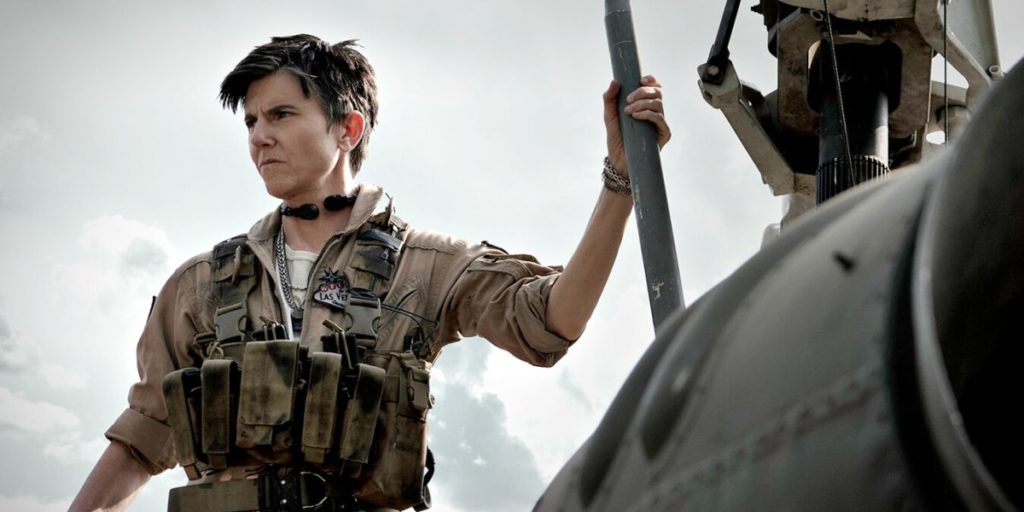 Zack snyder he is an equally appreciated and hated filmmaker. In its history there are applauded films such as the remake of Dawn of the Dead and beaten like Batman vs supermanDespite this disparity in results, it is indisputable that the director always strives to highlight the visual quality of his work.

This quality is perceptible not only in the photography that their works show off, but also in the incorporation of visual effects ranging from the obvious to the discreet and for a sample is his most recent work Army of the dead.

The film released in Netflix represents Snyder’s return to zombie cinema, a genre he hadn’t visited since Dawn of the Dead, his feature film directorial chair debut, but, unlike the 2004 film, Army of the dead has an abundance of digital effects and one of them is the incorporation of an actress who never knew the cast.

The comedian Tig Notaro gives life to the pilot Peters, a role of weight in the plot of the film and one that was not originally embodied by her.

Chris D’Elia is the one who originally played the role of the pilot, filming his scenes with the cast, but in March 2020 the actor was accused of sexual harassment, which is why Snyder decided to remove it from the final cut of the film and replace it with Notaro.

The difficulty is that the signs were made public in March 2020, just when the pandemic severely hit different regions of the world, which prevented for the production and cast to get together to film the scenes with Notaro.

According to a report by Vulture, Notaro had to film all his scenes on a green screen set with no other actors in frame in September 2020, as Snyder’s solution was incorporate it into post-production to the sequences D’Elia had already recorded.

This posed a challenge for Snyder and the visual effects department, as Notaro needed to recreate with accuracy every scene filmed by D’Elia and that the production was adjusted to the camera spaces and angles that were already recorded.

“I had to do this technical experiment recreating each scene, shot by shot. My visual effects supervisor, Marcus Taormina, was in charge of removing Chris from the film so that Tig had freedom of movement in his scenes “Snyder said.

Fortunately for the production, Notaro’s character is separated from the cast in much of the film, but there are sequences in which he shares a frame with others, especially in those in which the characters go to the casino where the part takes place. substantive part of the plot, and in them it was necessary to use a Notaro model created with CGI to interact with his co-stars.

Army of the dead premiered the May 21th on Netflix in Mexico, while in the United States it had a simultaneous premiere on the platform and in movie theaters.