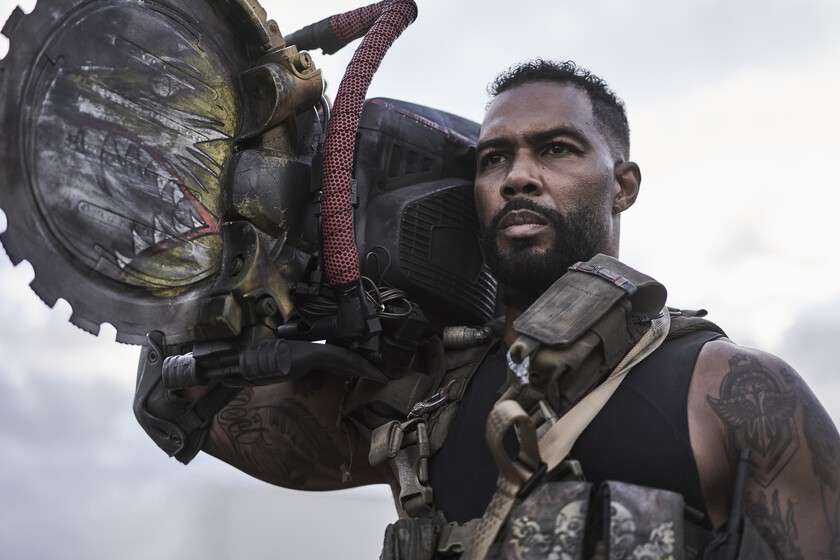 ‘Army of the dead’ became one of the most popular movies of all times of Netflix by adding 75 million views during its first 28 days available on the platform. Before that there were already plans to build a franchise around the film directed by Zack Snyder and the thing has not stopped going to more.

Snyder himself confirmed officially ‘Army of the Dead 2’ -also known as’ Planet of the Dead’- as part of your deal with Netflix for the one who promised “great movies“Of course, his return to this zombie universe will not be his next job behind the cameras, so we will have to wait to see a sequel of which we are going to review everything that is known so far.

Watch out for SPOILERS for ‘Army of the Dead’ and ‘Army of Thieves’ from here.

Most of the protagonists of the first installment do not arrive alive at the end of the film, also giving the feeling that Kate’s arc in this universe is completely closed, which leaves us the particular situation in which Vanderohe finds himself before that the final credits make an appearance.

The producer Deborah Snyder commented at the time that the decision that the flight that the character played by Omari Hardwick takes to go to Mexico is something intentional, so it is most likely that the story will be located there. For his part, Zack Snyder made it clear that both he and his co-writer Shay Hatten they taste very good the way forward for “continue the zombie story and take it even further“.

In addition, the director of ‘300’ too has opened the door for Dieter not to die in the first installment: “Did Zeus kill him or not, what happened? We don’t see him die and there is still some time left. I’m not going to tell you what happens in ‘Army of the Dead 2’, also known as ‘Planet of the Dead’, but let’s just say it’s possible that Dieter survived. ” And he also dropped that the experience lived in the first installment could lead him to want to free Gwendoline, imprisoned after the events narrated in ‘Army of thieves’.

In other recent interview, the filmmaker has commented that it will be an action and science fiction film with touches of horror and that it will probably also revolve around a robbery. In addition, he was even more specific in saying that it is most likely that there is time loops and portals to other dimensions …


After more than a decade working as director of video clips and advertising spots, Zack Snyder made the leap to the movies with ‘Dawn of the Dead’, excellent remake of a classic zombie movie directed by George A. Romero. It would not take long for him to confirm the good feelings left with his debut film thanks to ‘300’, a complete bombshell that triggered his cache in Hollywood.

Later would arrive ‘Watchmen’, adaptation of the prestigious Alan Moore comic that did not do as well at the box office as expected. Nor can it be said that ‘Ga’Hoole: Legend of the Guardians’ O ‘Sucker Punch’ they will screw it up, but Warner bet on him to give back to Superman to the big screen with ‘The man of steel’, film that marked the beginning of the DCEU.

After her came ‘Batman v Superman: Dawn of Justice’ and ‘League of Justice’, although the latter had to go down in the middle of filming after the suicide of his daughter. The pressure of the fans helped that years later he completed his vision of that story with ‘Zack Snyder’s Justice League’, but they were left in the inkwell the two sequels I had in mind.

From there he made the leap to Netflix with ‘Army of the Dead’ and everything indicates that he has found a new home on this platform, where projects are accumulated.

Cast and protagonists of ‘Army of the dead 2’


No one advertised, but Hardwick already let fall at the time there was room for “some hope“In the case of Vanderohe, so we can give as little less than certain his return. Another thing is how long he will be able to maintain his humanity, because is infected and that guarantees you a fairly meager survival.

Beyond that, the return of Matthias Schweighofer like Ludwig Dieter and what Nathalie Emmanuel return to the character you played in ‘Army of Thieves’.

We will have to wait to see any kind of image of ‘Army of the Dead 2’, since the filming has not even begun. In fact, Snyder will focus earlier on ‘Rebel Moon’, a film born from an idea for Star Wars that could not be carried out at the time and that will feature Sofia Boutella as the main protagonist of the function.

When is ‘Army of the Dead 2’ released?


Easy will have to wait until 2023 to see it for Snyder’s previous obligations. Of course, the franchise will still be quite alive before that, as it is still to come. ‘Army of the Dead: Lost Vegas’, a prequel in the form of an animated series that will feature the vocal participation of several members of the cast of ‘Army of the Dead’.

‘Army of the Dead 2’: everything we know about Zack Snyder’s Netflix movie

3 movies to celebrate Valentine's Day on Netflix
Will Smith's dark night at the Oscars: much more than a slap in the face
What to watch on Amazon Prime Video: an indie gem full of mystery, icy horror, and chilling drama