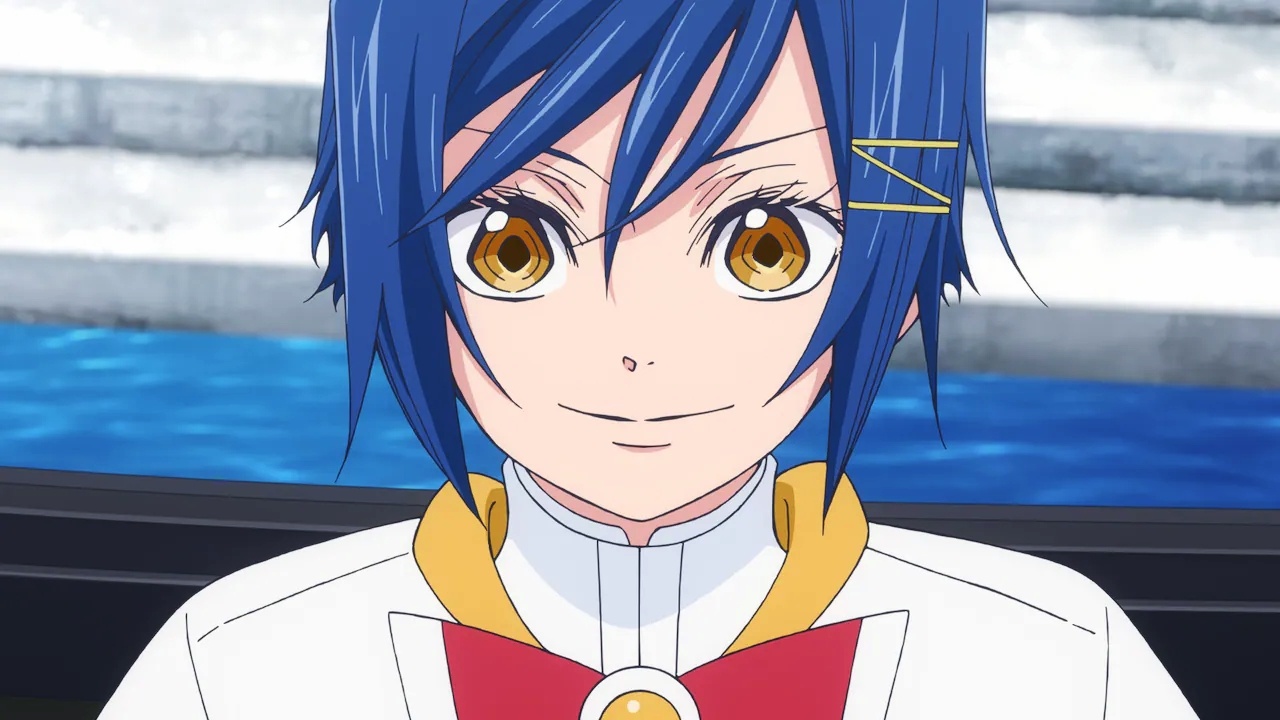 On the official site for the multimedia franchise of ARIA a promotional video for the film was posted AIR The BLESSING. The video confirms that the film maintains its premiere scheduled for next December 3 in theaters in Japan and that it will serve as the conclusion of the multimedia project “Ao no Curtain Call (Blue Curtain Call)“, what includes AIR the HAPPENING and AIR the TWILIGHT.

Akari Mizunashi, at the age of 15, has left everything behind to travel to a bright, water-covered planet, Aqua, formerly known as Mars. In the XXIV century, humans have found a way to colonize the previously uninhabitable planet. What Akari wants most is to be an “undine”, a gondolier who navigates the canals of the water city of Neo-Venezia. The city itself is a faithful replica of the Manhome (Earth) city of Venice. To ensure that both residents and tourists enjoy the many wonders of Neo-Venezia to the fullest, companies offering guided gondola tours have been created, one of which is called the Aria Company. As you begin your training at the prestigious Aria Company, will you rise to the challenges that await you on the road to achieving your dream?