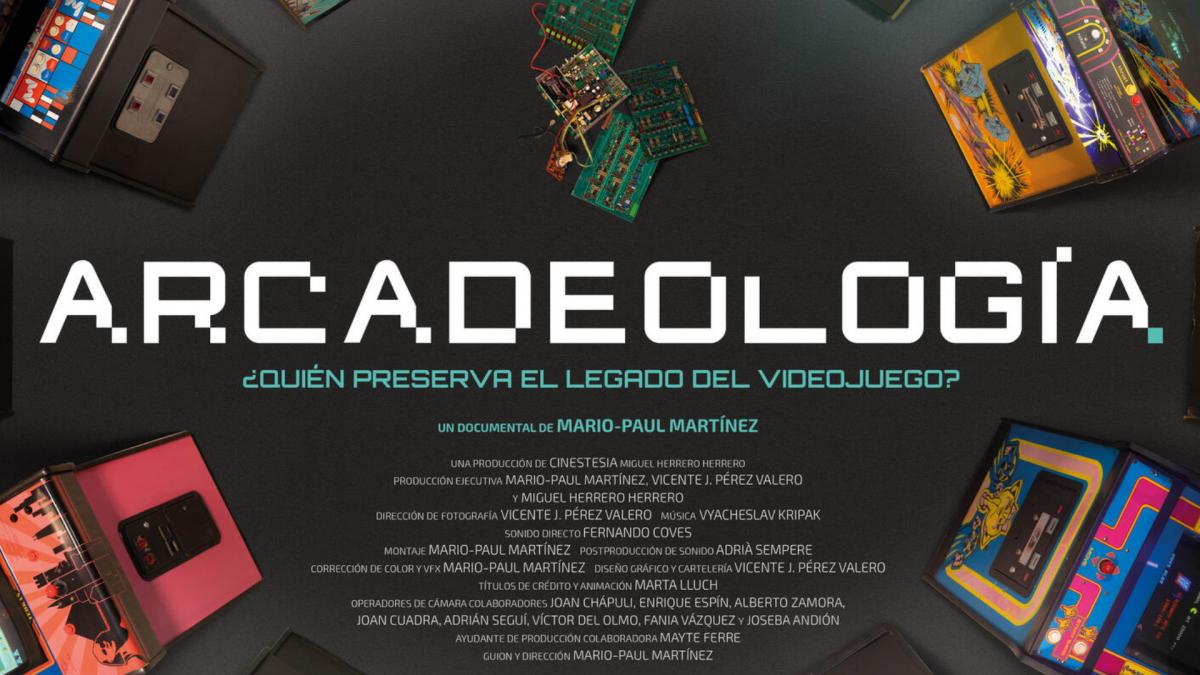 Mario-Paul Martínez’s debut feature will participate in the Official Competition Section at the Kingdom of León Film and Television Festival and will subsequently be premiered in cinemas.

The history of the video game it is short compared to other artistic and cultural media, but very intense. The constant changes and improvements in technology have made the video game grow and transform at a great speed. Therefore, it is necessary that the past of this is conserved to know thoroughly its roots and its future.

The golden age of the arcade in SpainBack in the 80s and 90s, it must be forever shaped beyond nostalgia. The preservation of the video game as a cultural medium is necessary and … who is in charge of this titanic task in Spain. This is where it comes in Arcadeology, the documentary film that follows in the footsteps of the Valencian association Arcade Vintage, a pioneer in the field of arcade restoration, and responsible for the creation of the first Video Game Museum in Spain (Ibi, Alicante).

This documentary film directed by Mario-Paul Martínez It will be released on July 30 in theaters and will offer an in-depth look at video game preservation taking arcade machines as a point of reference, while seeking support from well-known professionals within the Spanish video game industry.

With this portable retro console you can go back to the 80s and 90s to relive the best years of your life with those titles that marked a generation.

We are able to understand the relevance of preserving our cultural legacy, and the importance, in this sense, of preserving and restoring a film, a painting, or any other work of art that defines our culture. However, many still have a hard time understanding that, part of this cultural heritage is also defined by video games that we must protect, explained the director of the work.

If we lose the machines that hosted the first Pac-Man, Mario Bros, the Space Invaders, or other pioneering arcade characters, we will be misplacing – as happened with the first sketches of celluloid, or many of the old paintings, a part capital of our history. The main objective of Arcadeology is to highlight this need, making known the interesting, and much needed, work of recovery of recreational machines carried out by the members of the Arcade Vintage association, as well as emphasizing the importance of the creation of the first Video Game Museum in Spain, which they themselves will carry out in the town of IBI (Alicante).

Arcadeology will participate in the Film and Television Festival of the Kingdom of León, which will be held from July 16 to 24, 2021 and a few days later it will be released on the big screen.