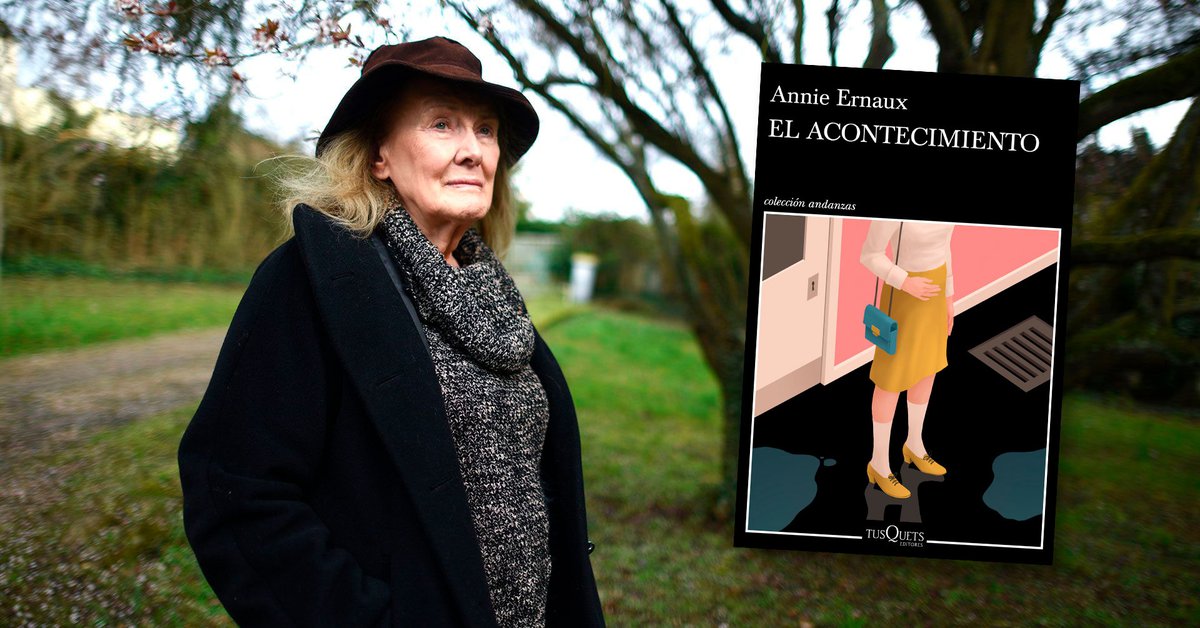 “Quick and unanimous”, with those words the South Korean Bong Joon-ho, president of the Venice Film Festival jury, declared how the debate was regarding the choice for the best film. And the winner was The Event, by the French filmmaker Audrey Diwan, who became the sixth woman to win the Golden Lion.

The realistic and visceral film traces the experiences of a woman who must undergo a clandestine abortion in the 1960s and is inspired by the novel The event, from the also French Annie Ernaux, an autobiographical story that the author ventured in France in 1963.

In October of that year, Ernaux was studying philology in Rouen, and discovers that she is pregnant. Right from the start, you have no doubt that you don’t want to have that unwanted creature. In a society in which abortion is criminalized with prison and a fine, she is alone, even her partner ignores the issue. In addition to the helplessness and discrimination on the part of a society that turns its back on it, there remains the struggle against the deep horror and pain of a clandestine abortion.

“The Event” (Tusquets), by Annie Ernaux

Ernaux is one of the great storytellers of today, winner of the Formentor Prize in 2019 and the author of an extraordinary work that stands out for its originality, its power and its delicate jewelery. In 1974 he published his first book, The empty closets, the story of a university student who undergoes an abortion, although the biographical self that would make her known on the international literary scene did not yet appear, but her experiences were hidden behind the name of another character.

Born in Lillebonne, in 1940, the writer already has more than twenty titles, among which stand out -and they were translated into Spanish- The place, The shame, I haven’t gotten out of my night, Girl memory, The years and The use of the photo.

In a dialogue with Infobae Culture, Ernaux commented on The event: “For me, writing the novel was part of the desire that the memory of what has been inflicted on women for centuries remains and we do not go backwards. I have no illusions: there are always groups and individuals who do not accept the freedom of women to dispose of their bodies; in reality, they do not accept their freedom.

And he recalled: “In the 70s, France was still very Catholic, the Church carried a lot of weight and doctors were not in their majority in favor of the interruption of pregnancy, Parliament was 90% male. It resembled the Argentina of today, in some ways. It was thanks to a great women’s movement that the law authorizing abortion was obtained in 1975. I could never emphasize enough the kind of great thunder that was the publication, in 1971, in The new observer, a magazine of a non-extremist left, in which women recognized as Simone de Beauvoir O Delphine Seyrig they declared that they had clandestinely aborted ”.

“There have been films that show how women“ manage ”to have an abortion, books of testimonies, a manifesto in 1973 by doctors calling for the freedom of abortion, and it was through this strong mobilization, without truce, that in 1974 the Assembly voted Veil law (N. de la R. Refers to the name of Simone Veil, the policy that prompted the legislation). If it had not been approved we would have continued, and I say “we” because I participated in this fight, “he added.

-You usually say that you tell the events how they were experienced and not how they actually happened. Could you expand on this concept?

-When it comes to personal events, I think we can see very well the difference that is between telling someone a love story, the loss of a person, etc., even with all possible details, and remembering what was experienced from indescribable, confusing way, something that cannot be entered into a narrative. In addition, many times it happens that after having confided in someone a fact, one experiences a feeling of disappointment, of incompleteness. When I write I try to recover the feeling of that moment, awaken it in the memory and not get carried away by the story. In my books, I do not know if it is perceived, but I try to decompose the moments, the images, as much as possible, to relive that present, or in other words, the experience with which it merges. To evoke the historical, collective events, I rely on the way I experienced them, or, if they occurred before I was born, on what my parents told me or people said about it.

-Why do you think it is still so expensive to write about female sexuality today or, rather, why is it so difficult or so uncomfortable to talk about these books?