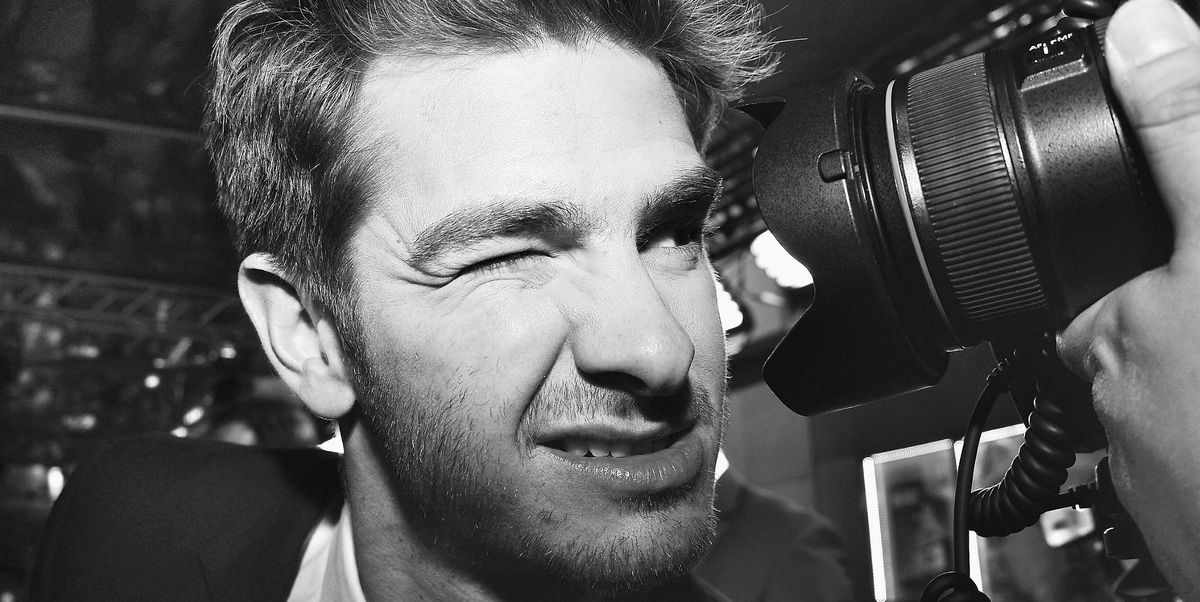 Tom Holland is the best Spider-Man of all the representations of the character in the cinema, that is clear, but, nevertheless, the best Spider-Man, or, rather, the best Peter Parker of the movie Spider-Man: No way home It’s Andrew Garfield’s version. Andrew Garfield in No way home Not only has he had the opportunity to defend his characterization of the character, criticized for a decade, but he has seized the opportunity better than Tobey Maguire. Andrew Garfield represents us in the movie. Garfield is like Matt LeBlanc at the Friends Reunion on HBO, and, yes, Tobey Maguire is quite close to Jennifer Anniston, who wants and does not want to be there and does not finish committing, although thank you very much for inviting me. Andrew Garfield is infinitely more comfortable in his return as Spider-Man than Tobey Maguire: since he’s there, Garfield seems to be thinking, “We’re going to have a good time.” Andrew Garfield’s Peter Parker in Spider-Man: No way home It’s the closest any human being will ever get to being Spider-Man or Peter Parker. Tom Holland’s Peter Parker / Spider-Man is perfect. And neither you nor I are perfect nor will we ever be. If you or I were bitten by a radioactive spider and gave us superpowers, we would directly become Andrew Garfield’s Peter Parker / Spider-Man in Spider-Man: No way home. So clear. We would have that air of nobody wanted me at the party, but since I’m here I’m going to make myself love. Spider-Man has always worked because he was a underdog. Peter Parker’s story is that of the classic underdog, is a word in English that condenses those who are not favorites and who, nevertheless, become stars against all odds. Garfield was by no means the favorite and takes the title of MVP of the Peter Parker Reunion. So not bad a underdog to give life to a underdog in a movie in which, in addition, you are the underdog. It is normal that from this point rumors circulate about Marvel and Sony’s plans for Garfield as well as Maguire.

Andrew Garfield had a lot to prove in Spider-Man: No way home. It is clear that he has not decided how his character was integrated into the film, nor how his character was recovered for his cameo in the Marvel Cinematic Universe, nor has he written a single word of the script, but, nevertheless, with his acting is capable of his character transcending the Peter Parkers Reunion. His looks, body expression, goose tone, good vibes, but also the pain that the character is capable of transmitting for the loss of Gwen, that is not done by just anyone. It is Andrew Garfield’s Peter Parker who has suffered the most of all. Tom Holland’s Peter Parker wound is new and we have yet to see how he lives with it. In addition, Andrew Garfield’s Peter Parker is an adult who has lost the love of his life to Tom Holland’s Peter Parker who is a teenager who has lost his mother (again) and whose death is going to become an element of his maturity (although hey, the truth is that the film dispatches the pain of loss in a rather naive way: tears plus a scene in the cemetery wasted). For the loss of Holland, minutes have passed for the viewer, but it is that Gwen’s death has been eight years (although we do not exactly know in what year they have recovered this Peter Parker from his Universe).

Also influencing the fact that Garfield has the best scene in the whole movie: he couldn’t save Gwen, but he is able to save Zendaya, who was clearly not going to die, but who, hey, needed someone to save her . That he saves Zendaya to the viewer does not care, what comes to him is that Garfield’s Spider-Man is given the opportunity to save her.

The age of the actor also plays in his favor. He was 27 years old when he first played Peter Parker, who in Amazing Spider-Man I was 17 years old and in Amazing Spider-Man 2 He was 18 years old … while Garfield was already 30. Now Garfield is 38 and is the perfect age for his Spider-Man, distanced enough from the adolescent age to make him versatile as an adult who carries a great load on his back, but still Young enough not to have the slab of the 46 years of Tobey Maguire, a Spider-Man who is already thinking about retirement (and thank goodness that there are no Avengers in his world, because if not, he would also be thinking about an ERE) .

Perhaps his character would not impact us so much if we did not carry the last two years in our backpacks. Call it projection, call it head hit, call it what you want, but this version of Peter Parker resonates with us: we want to do our best, we strive to give it, we are not at our best, we carry a heavy load on our shoulders. But, at the end of the day, we meet our responsibilities. For Garfield’s Peter Parker it is not so much that great power entails great responsibilities, it is that it gives us the impression that living is already a great responsibility. I would have liked to see the movie pre-pandemic or in a non-pandemic world to see if I would have thought the same.

Seen in perspective, now having all the Spider-Man together, Garfield not only represents us now, he has always represented us. The role of Spider-Man came to Garfield by surprise, as if he too had been bitten by a radioactive spider. Garfield was in Cancun promoting his role as Eduardo Saverin, co-creator of Facebook, in The social network David Fincher, when he was called from Sony to inform him that he had landed the role of Peter Parker in the Spider-Man reboot. The decision had been kept in the strictest secrecy and approximately thirty minutes after sharing the news with Garfield, the producers surprised him with a spontaneous press conference to make the official announcement. The images are a poem. Garfield is in shock, almost tripped on stage … The ambush could have been a public relations stunt to take advantage of the pull of the Fincher movie promo or maybe it was a move to defend Garfield from the media blitz. That would certainly have been unleashed if the information had been leaked.

It was the same Garfield who would later go to San Diego Comic-Con, dressed as Spider-Man and read a little speech in which he claimed that “I needed Spidey in my life as a child, and he gave me hope … Peter Parker has inspired me to feel stronger, he made me, Andrew, braver. He assured me that doing the right thing is worth it, it is worth fighting, it is worth the pain, it is worth even the tears, the bruises. and the blood … It saved my life. “

Andrew Garfield represents us at the Spider-Man Reunion