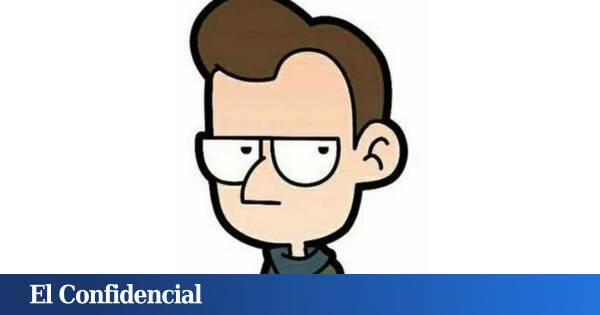 His thread on the cinema of Stan Lee Kubrick became viral and, since then, the tweeter Andres Trasado It has emerged as a champion of cinephilia at a time when the seventh art loses acolytes —who have switched to platform series— and needs someone to defend it from the debauchery of formats, aspect ratios and illicit deviations from purism. It’s only been five years since joined Twitter and he’s already got a legion of 22,400 followers -among which are Bayonne Y Of the church– and many, many detractors for the bluntness of their claims, such as fans of ‘Star Trek’ they are “because they cannot be of ‘Star Wars“, that” the cinema of Zack Snyder is much superior to that of Stan Lee Kubrick “and that those who play board games is because” they do not have money to buy a video game console. “Trasado began his media career in a ‘podcast’ about movies and series called ‘Geek Apocalypse’, but now he is surfing the networks alone and hiding behind his avatar.

How do you tell a real movie buff from a bad one? Ask Trasado: “A real movie buff watches movies, they don’t consume audiovisual products. Normally, people tell you what their favorite movies are and, right away, you realize that they are wrong, when they tell you movies that were made to make money or that they are in color. There is a lot of wrong opinion. People are often very wrong about their tastes. A film that has been made to make money and that has raised more than 1,000 million euros at the box office, how is it going to be a good film? “, He explains. In reality, Andrés Trasado is an exacerbated and hyperbolic ‘alter ego’ of the smart-ass critic of a film library cafeteria, and behind him hides a human – or divine? – and real person who has not yet revealed his identity.

THREAD OF THREADS
Compilation of my best threads, videos, songs and poems.
Only the best. That is, everything.

1. EVERYTHING YOU WILL EVER KNOW ABOUT THE GREMLINS https://t.co/HPexgMKnMk

But let’s continue with the interview with Trasado, who tells El Confidencial how his popularity has grown in recent years. “I started on the ‘Geek Apocalypse’ podcast as the voice of the real fans, because the real fans need to give their opinion and have a voice, you know,” he says. “And it was too small for me because there were many people in the world who did not know my opinion, which is also the true opinion. Twitter was the way. It was with the premiere of the first film of ‘Suicide Squad’ (2016) when he started to get to know me a little. There was an important moment when Stan Lee Kubrick became a ‘trending topic’ and several media echoed it – at the beginning of June 2020 – but I really don’t know how it works, because you are releasing your knowledge and people or they get pissed off or embraces him. “His dissertation on the alleged director — a cross between Stanley Kubrick and Stan Lee– It reached Mexican media such as online magazine ‘Smash’, specialized in comics culture.

Despite having many directors among his followers —also Kike Maíllo, Miguel Angel Vivas, Dani of the Order– Trasado does not have a particularly good regard for the work of filmmakers. Quite the contrary. His theory suggests that it is thanks to the fans that the movies come out ahead. For the critic, the actor acts, the screenwriter writes, but what does the director do apart from putting the name and infecting the film with something of his prestige? “A director, in reality, is simply a salaried employee. The studio arrives, hires him, tells him the type of film he wants to make and then the project is announced, “he sums up.” You may have noticed that a film is never released directly, but rather it is announced: ‘It’s going to be shot such a movie. ‘ What is this done for? Normally, so that those of us who are real moviegoers and use the Twitter tool, which is where we give our opinion, give our opinion. First they reveal the title or the first frame and we give our opinion and tear down all the previous work that the studio has done. A director, well, can have an opinion. But a director who makes his film with his back to the fans will be doomed“This is what happened to David Ayer in ‘Suicide Squad’ (2016), who just four years later witnesses a ‘reboot’ directed by James Gunn and with a group of different protagonists – except for Harley Quinn from Margot Robbie— after an anthology hit for DC.

Alex de la Iglesia, who recently posed with a Stan Lee Kubrick shirt, defines him as one of his acolytes. “Álex de la Iglesia is a fan of mine because I have taught him everything he knows. The main thing to be a fan is to have a mother who has two or three jobs and who supports you so that you can dedicate yourself to the cause. A minimum moviegoer has to watch six movies a day. Last week I was missing two and with those two I have already caught up: they were ‘Karate Kimura’, the classic from the eighties, and a Marvel Iranian film “.

“People say that Stan Lee Kubrick’s cinema is fine,” he continues, “but I think he’s a terribly overrated director. I think ‘The Shining’ doesn’t look much like the book and for a movie to be good it has to be Super faithful to the book. Think, for example, of ‘300’, by Zack Snyder, and you take the comic, or ‘Watchmen’ and you take each cartoon, and you take it ‘frame by frame’ and adapt it to you. ‘300’ will always be better than ‘The Shining’, which is why Zack Snyder will always be better than Stan Lee Kubrick. ” He is not very fond of horror movies either. “I like movies with a plot and a script. Horror movies are made to satisfy people who have very strong emotional deficiencies. If a person enjoys a murder movie, obviously 83% of those people are potential psychopaths. ”

Trasado acts as a kind of aberrant mirror of all those categorical and indulgent comments so common in the field of film criticism. In it all those catastrophic, hyperbolic, derogatory or dithyrambic opinions so common in a network in which a ‘lynching’ can come because this or that journalist has called a Marvel movie ‘childish’ converge. Like many in the middle, Trasado is also pessimistic, in his own way, about the future of cinema. “It is a pity, but it is true: the cinema is dead. He did it the day Citizen Kane made his last movie. The moment they started making movies to earn money or they started showing movies on television, that’s where cinema died. I see all films in the theater, because a film on television or on a platform is not cinema. You are consuming a product. ”

Going back to the person behind the character, he is not sure if he wants to reveal his true identity. “I think about it a lot, but no idea. It wouldn’t have much of an impact either. ‘It was always me,’ I’d yell. And people would say, ‘And who are you?’ That would work if I were Brad Pitt, which I’m not.” laughs. Despite the fact that his profile is satirical and playful, the Trasado creator admits that he has many detractors who do not support him or who take his tweets seriously. “Anyone who does not like my work shows that they are not intelligent. The big problem – and my mother has told me – is envy. If everyone liked it, it would be ‘mainstream’ and I wouldn’t like myself “, ditch.

In recent years, Twitter has proven to be a medium for accommodating new narratives: from the thread with which Manuel Bartual went viral in 2017 to the story of the stolen templates from the Chinese bazaar who tweeted Andrea Menéndez Faya. Trasado is another creature that has come out of this new field opened by 280-character ‘posts’, a new character who, unlike the protagonist of a book or a movie, can respond to an interview on the phone or insult you (for your good) personally in a direct message.