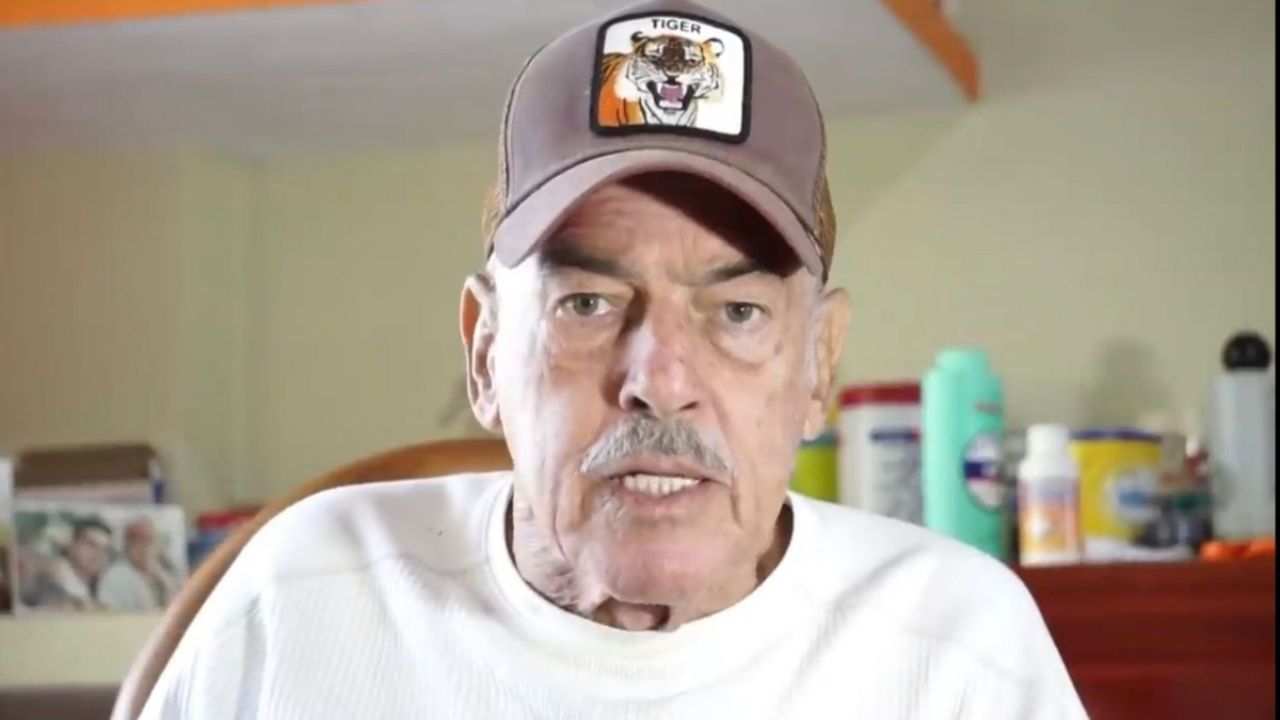 Andres Garcia He is one of the most sought-after gallants in the history of Mexican cinema and throughout his career he participated in more than a hundred productions so, in theory, he should be enjoying the economic fruits of his career, however, this not so recently, the 80-year-old actor denounced that the National Association of Interpreters (ANDI), has not paid royalties for four years for which he demanded that the Ministry of Finance intervene in the matter and carry out an audit to find out what is happening within this collective society.

It was through a video shared on the actor’s official YouTube channel that he gave life to “Pedro navaja” where he was upset and decided to make public the situation he is going through with the National Association of Interpreters (ANDI).

“I want to send a message to the Treasury authorities and to the people, actors who are in charge of ANDI; What the hell is happening with ANDI? Señor Elías Moreno and his directive of people, tI have spent more than four years that I will not collect (royalties) personally because I am forbidden to go to Mexico City due to high blood pressure, but every time I speak to ask about the money they come up with something different, Gentlemen of the Treasury, what do you think of an audit to ANDI?, I think they already deserve it ”were the words with which Andres Garcia began his speech and petition.

Subsequently, Andres Garcia noted that throughout his career participated in more than a hundred films and in various novels that, to date, continue to be successful in their repetitions, so it should generate good royaltiesHowever, he points out that every time he has approached ANDI they have told him that they are in zeros and pointed out that on one occasion they told him that he had 22 thousand pesos and that later, they told him that he only had 4 thousand for what was shown annoying and I assure that I would proceed legally to find out what is happening within ANDI with the handling of money.

The actor pointed out that before it was operated and that he was prohibited from going to Mexico City, quarterly or quarterly payments were between 20 and 30 thousand pesos Therefore, it is not explained that after four years all these irregularities appear, in addition, he pointed out that ANDI has asked him to renew his data, a fact that he did not like and did not hesitate to show his annoyance, he even launched a couple of insults against ANDI.

You want to avoid further abuse

“I am officially requesting an audit for ANDI and I express my disagreement with you (…), this is shameful, I am not starving and I’m not an asshole like you are, I say it to your face, now face you, Elías Moreno gives his face and talk to my lawyers ”, the well-known actor expressed visibly annoyed.

Finally, the actor assured that this situation affects him, however, mentioned that it is important to raise your voice Well, if ANDI is trying to affect Andres Garcia what it will not be doing with other lower-ranking actors.

Until now, the National Association of Interpreters (ANDI), has not issued any type of information regarding these signs of Andres GarciaHowever, it is expected that in the next few days they will issue their position on these events and the measures they will take in this regard.