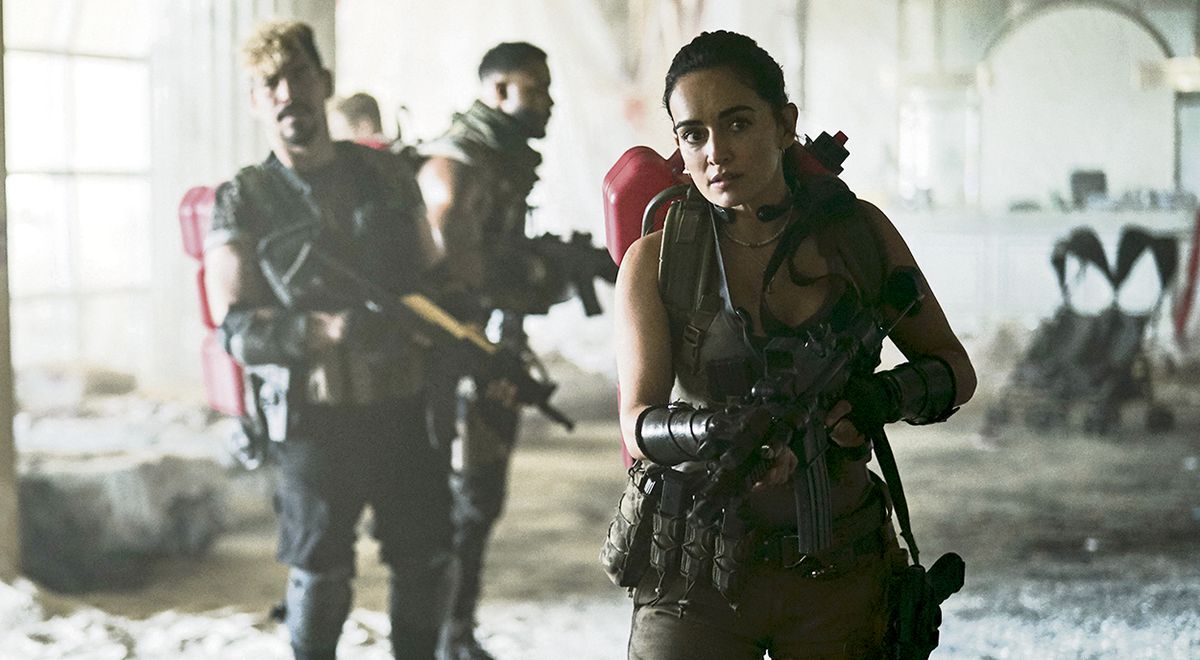 One of the things you remember Ana de la Reguera about her participation in the movie The Army of the Dead is the impression that invaded her when she arrived on the set and found the magnificent replica of the city of La Vegas destroyed by zombies and surrounded by more than 2,500 skeletons. “I was saying Wow! This is a very big movie, I had not measured the magnitude. It was very shocking and every day he told me the same thing ”, reveals the Mexican actress, who has built a solid career in Hollywood and now at 44 years old is starring Zack Snyder’s latest creation for Netflix next to Dave Bautista. We chatted with her for a few minutes through Zoom.

What does it mean to you to have become Zack Snyder’s Latin muse in this movie?

(Laughs) I don’t consider myself a Zack muse at all, but I feel very lucky to have worked with him, to have invited me to make this movie, to have met him. It is a divine being. I think it has such a close communication with the fans because of how accessible it is, I learned a lot by his side.

What was your preparation for the action scenes?

What was it like sharing the co-lead role with Dave Bautista?

It was incredible, we did immediate chemistry, we became very friends since the movie began. It was so easy, He’s a great actor. People see him as a fighter before and then he started late in acting, but the truth is he is very talented and he does it better and better. And in this movie he shines. It was nice to see all that process, to meet him and to be given that opportunity, because my character is the most sentimental part of the film, because she is not there so much for the money, but for personal reasons.

We have followed your career since you were making soap operas and now you are building a career in Hollywood. In this film there is an important presence of Latino actors, without being underlined or labeled as such. Have things changed for foreigners in Hollywood? How has this path been for you?

Well, I’ve made several movies for Hollywood since I was 28, but this is a leading man. It’s about constant work, one thing is to make a movie or two and another thing is to have a trajectory and definitely at this age of 44 I am doing better than before, and that is more difficult for me to achieve. Now I am doing more important things, starring and this is also due to this change, to digital platforms. It is interesting to see that the doors are opened, that there are no stereotypes. These are things that are changing.

In addition, the female roles have also given a kite, they are very empowered in the movies …

Definitely. Before, you had different roles. For example in Free nacho my character was important, but in the rest it was like the girlfriend, the one who was there, the nurse, now it’s like you’re in front and that’s what has changed.

What do you think that, now due to the pandemic, films are more visible through the platforms. Are you a movie romantic? Do you think the big screen will green again or will things continue to change?

It is very difficult to know. But I am a movie romantic. I went to see this movie on the big screen And it’s another feeling (it was released in some theaters in the US) and that’s why I would invite everyone to keep going to the movies. I hope people come back because you will never see a movie like it on a big screen, in the dark, with people sharing reactions and being away from your cell phone and any distractions. But The army of the dead It is a movie for Netflix, so take advantage, turn off the light and the cell phone and enjoy it.

Subscribe here to the Espectáculos La República newsletter and receive from Monday to Saturday in your email the most outstanding news of national and international entertainment, as well as the topics that are trending on social networks.