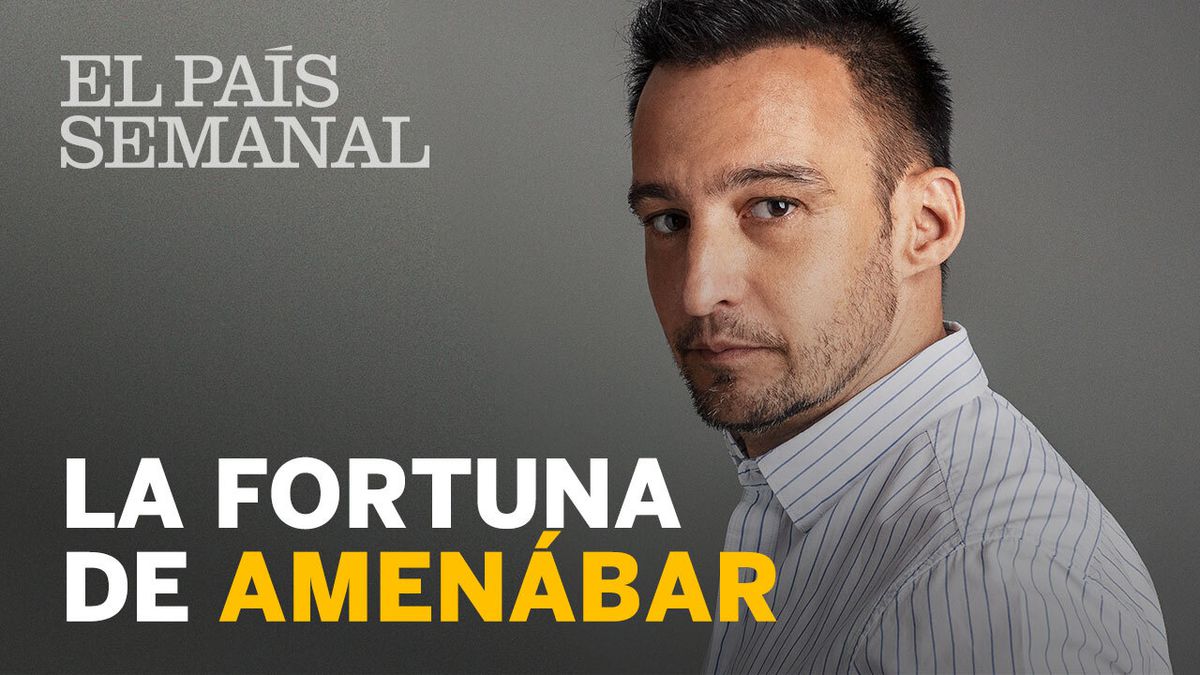 On September 1, 2019, at a interview published in The weekly country, Alejandro Amenábar (Santiago de Chile, 49 years old) announced his decision to shoot a miniseries based on the graphic novel by Paco Roca and Guillermo Corral The Black Swan’s Treasure. The comic was inspired by the political-legal-adventurer mess that had faced the Spanish government for five years (2007-2012) with the American treasure hunter Odyssey Marine Exploration for the looting of the frigate Nuestra Señora de las Mercedes, sunk off the coast of the Algarve in 1804. The treasure of 17 tons of gold and silver coins, valued at 500 million dollars (380 million euros), was finally recovered in 2012 by the Ministry of Culture after successive judicial assaults and today a part of it is exhibited in the National Museum of Underwater Archeology (Arqua) in Cartagena.

Two years after that announcement, Alejandro Amenábar, led by the Spanish producer Fernando Bovaira, the American platform AMC (The Wire, The Walking Dead, Mad Men…) And Movistar +, it already has a list The Fortune, his first series and in all probability not the last if one takes into account his high degree of satisfaction with the result. It will premiere in world premiere next Friday in the official out-of-competition section of the San Sebastian Film Festival – in a single session with its six episodes – and will hit the small screen on September 30, before its launch in the US and Latin America. Domingo Corral, director of Original Fiction at Movistar, considers the presence at the Donostia contest highly symbolic: “It is very important for us that the premiere takes place in San Sebastián. For that you need a magnificent director like José Luis Rebordinos, without prejudice and with great courage, because in the face of the decision to put a series at a film festival there are always sectors against it, and I also know that they have presented many series to premiere , but you cannot put them all because obviously you would be distorting the spirit of the festival. But I think choosing one or two a year to include in an official section of a film festival is good ”.

Life takes many turns, also in the audiovisual industry. In that interview, the director of Thesis, who admitted not being particularly fond of the phenomenon of series, regretted a certain attitude of the platforms that broadcast them regarding the treatment of authorship: “When a platform announces a series or a movie and says ‘an original series of …’ and you it puts the name of the brand and deletes the name of the creators, that means that they are putting the company before the creator. There cannot be a ‘Netflix original series’ or ‘Movistar’ or ‘HBO’ because Netflix, Movistar and HBO are not people who have created that ”. Obviously, the name of Alejandro Amenábar comes out prominent and well prominent in the credits of the series and both Fernando Bovaira and Domingo Corral, its executive producers, openly acknowledge that without him “none of this would have gone ahead.”

But how was the filmmaker’s immersion in the stormy ocean — sorry for the pun — of the series? “Well, the truth is that the leap has really been quantitative, not qualitative,” explains the director sitting in a photographic studio in the Pueblo Nuevo neighborhood of Madrid. “Up until now, the longest shoot I’ve ever been on has been on Agora, which lasted 15 weeks. On Thesis, for example, it was five weeks. And in this I knew that we would go beyond 20 weeks, that is, that I was entering unknown territory. But when it comes to the dynamics of the preparation, the work with the actors or the staging, it has been – surprisingly for me – exactly the same as in a movie. The feeling has been, if you like, very cinematic … To many people who work on TV, what I am about to say does not suit them very well, but I felt like I was shooting a very long movie, because yes, you know that each episode has to function as an independent entity, but at the moment when all that piles up and becomes a huge puzzle that you have to put in order in the montage, it is like shooting a movie ”.

And The Fortune has two stars like Stanley Tucci (The devil wears Prada, Spotlight…) and Clarke Peters (The Wire) in the American part of the cast, the Spanish cast is quite a gamble. Alvaro Mel, a 25-year-old semi-unknown actor and successful social media influencer, and Ana PolvorosaAn actress with a short film career but a long career in the world of series, they form the leading couple. Accompanying them, among others, Karra Elejalde in the role of the hypervitaminic Minister of Culture Enrique Moliner (transcript of the royal minister of that time, the writer Cesar Antonio Molina, who had to deal with intensity with the Odyssey bull before ending up being dismissed in 2009 by President Rodríguez Zapatero, through a telephone call and when Molina was in Egypt about to open an exhibition, being replaced by Ángeles González-Sinde).

The Fortune raises as a context, beyond the story from the free adaptation of the caso Odyssey with its lawyers, its politicians and its pirates, the alternation and opposition of two worlds and two cultures: from the traditional bars of Madrid with a chicken painted on the glass to the American roadside motels, of a certain mixture of well-intentioned and picaresque quixoticism to the aggressiveness of some businessmen, from Karra Elejalde to Stanley Tucci. It was not easy to structure these two planets and, in fact, sometimes the series suffers from a certain feeling of being two series. “I wanted to play precisely those two worlds, to use some of the topics that define us and some of those that define them, and the challenge or question we asked ourselves was whether that would end up working,” says Alejandro Amenábar, who admits that, in some scenes with Karra Elejalde, for example, it was raised whether he was not directly entering the genre of the farce.

As he did when he had to defend his last film, While the war lasts, He has no complex in assuming his personal immersion in the main character – then it was Unamuno and in this case it is the honest and well-intentioned civil servant Alex Ventura – and a passionate defense of what he calls “the good that is in all of us” . “In these bad times for so many things,” he explains, “specifically in this country it seems that the worst of us often comes out. Well, I must be a good man … but I claim the good. I always try to put myself in the shoes of my characters, which in the end is what I think the viewer does ”.

Amenábar likes to refer to The Fortune like “good fortune” … and the truth is that he and his team had it, and a lot. The covid, first, and the weather, later, respected the deadlines and conditions of a filming that seemed diabolical. “We have been very lucky, in all those months we did not have to delay filming for a single day. But of course, we were very isolated, in months I had no social life, of course, if any of us caught COVID, the filming would stop for 10 days ”. As for the naval battle scenes, which in the series function as historical flashbacks, the producers even considered the possibility of not shooting them. “They were kind of a wild card; We knew that if we reached the end of filming and we had aired the entire budget on the covid issue and in delays, we would have to find a way to tell the naval battle without counting it, and it would have been a small shit, but that was my commitment. And we reached the end and there was money to be able to do all that part ”, recalls the director. As if that were not enough, in those days, San Sebastián and Pasaia They were one of the few corners of the Peninsula where it did not rain, in fact it was sunny every day of the shoot.

Producer Fernando Bovaira results in the vicissitudes of what he considers to be the most delicate of the entire project: “The pandemic broke out, with all the uncertainty that this threw not only on the filming of the naval scenes, but on the filming as a whole. In June 2020 it was very difficult to make the decision to go ahead with the series. But in the end we started shooting on July 28, 2020 and we left the filming part with the frigates for the following year. And the sensible place to have done it was Cádiz, but we decided not to because it was not good that the frigates had to go down all over the Atlantic around Galicia. One of them, the French [Étoile du Roy], came from Saint-Malo, in Brittany, and the other, the Russian [Shtandart], from the Baltic. And because the port of Pasaia has such a narrow mouth that it is not so subject to time, but hey, it was foolish to shoot there, because in April in Pasaia you can get one that… ”.

The pandemic has been decisively and dramatically affecting the field of filming. On the one hand, the shadow of contagion and the fear of stoppage of activity. On the other hand, the financial problem, as Bovaira explains: “On a shoot, the covid is a daily shock… and it is very expensive. You have to ask all team members for a commitment not to have social interaction, or as little as possible; limit within what is admissible the contacts within the filming, with which you have to establish concentric circles and that only certain people can attend that day, and of course, spend a lot of money on prevention, protocols, delays and obligation to have an additional team dedicated exclusively to prevention ”.