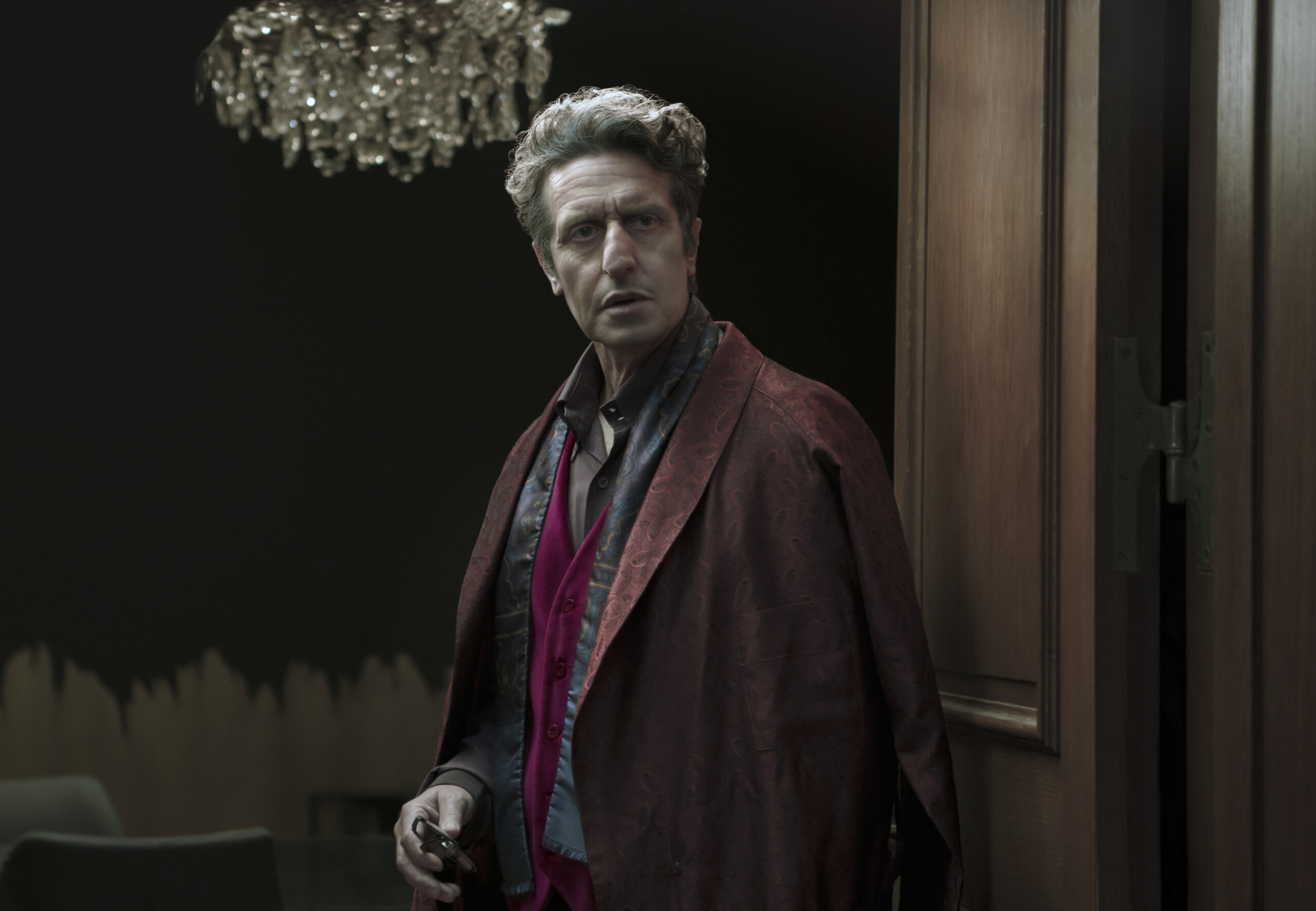 The three protagonists of The God’s anger They are leading figures of Netflix. All three are also renowned actors. Diego Peretti Y Juan Minujin premiered highly sought-after series in the last year on the platform, The kingdom Y the fringe, respectively. Instead, Macarena Achaga She is not as well known to the Argentine public, but she is an actress and model that is highly sought after in Mexico and who had a greater impact after playing Luis Miguel’s daughter in the original series on the same platform. With the arrival of the film in the catalogue, Infobae He was able to talk with two of his protagonists and both emphasize that the script and the base material were the best excuse to accept the job.

The new film “Made in Argentina” arrived this week at Netflix. It is based on the novel The slow death of Luciana B. by the writer Guillermo Martínez, and follows the story of Luciana (Macarena Achaga), a young woman who worked with two writers, one renowned, Kloster (Peretti), and another who decided to continue in journalism, Esteban Rey (Minujín), and ends in a circle of mysterious deaths in his family blaming one of these two just mentioned. Luciana, obsessed with the dramatic fate of her parents and siblings, will look for a way to keep her sister safe, the only survivor of her last 12 years covered by the film.

Diego Peretti is Kloster in “The Wrath of God.” (Martin Kraut/Netflix)

“I didn’t know the novel, but when I read the script I realized that it was very good. Very well written and narrated. The different planes of time, the emotional differences that the three main characters go through above all. And in my personal case, I preferred not to read the novel because I didn’t need more information than there was”, was the first response from Diego Peretti in the meeting with Infobae in the bookstore on Av. Santa Fe, in Buenos Aires, where a key scene of the film was filmed.

Peretti comes from playing dark characters, far from his background more in drama or comedy, his latest projects have more to do with mystery and revenge, something that the actor knows well how to put into words: “About Kloster -his character in the film- I can’t tell you that I would take that same path, because furthermore, with the distance that a work of art offers you, you can think and argue about the subject and discuss it. Now, stuck in the middle of the eye of the storm, nobody can know exactly how he would react”. 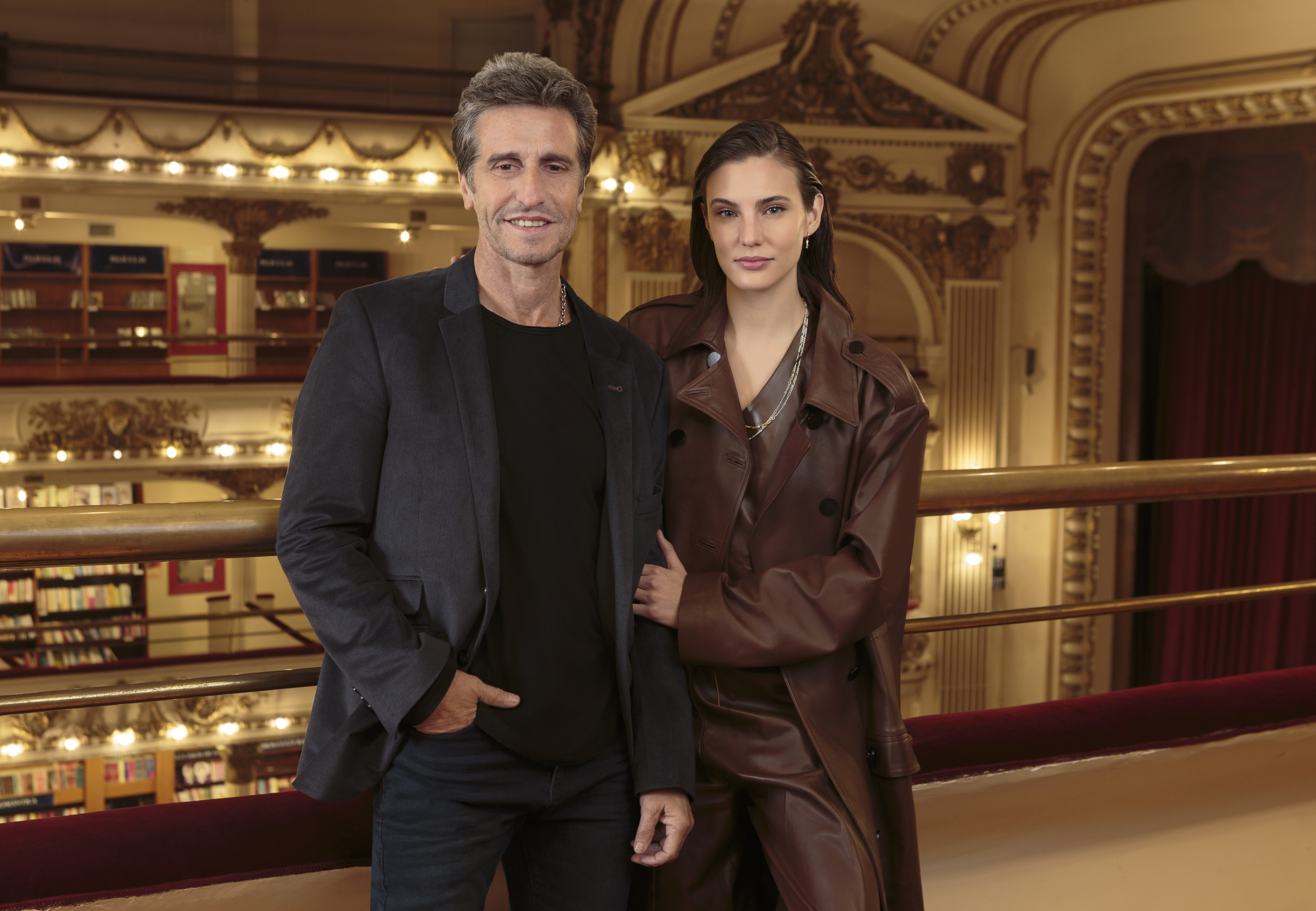 “Look, I have a theory that may sound a bit young, Luciana, a bit innocent, but I always say and think that things have to be done with love, in general, because it is what you sow and then you reap it in some way, whether in this project or in something else,” he said. Macarena Achaga, the Argentine actress born in Mar del Plata who began her career in Mexico. After presenting her to the Latin public through Luis Miguel: the series, Netflix called her to star in the new movie Sebastian Schindel (The boss, the son) for the platform.

About her experience, the actress is grateful for her present and for this opportunity: “I already give up. Working with Diego, with Juan, that is, for me I already won, I don’t need it to have any other repercussion. What more can I ask for? It’s my ultimate dream come true and then people will put it… wherever they have to put it.” She also defended her Argentine blood: “The truth is that I want to believe that my origins are being respected: I eat croissants, I drink mate, I speak like Argentina, that is, I eat asado, what else? 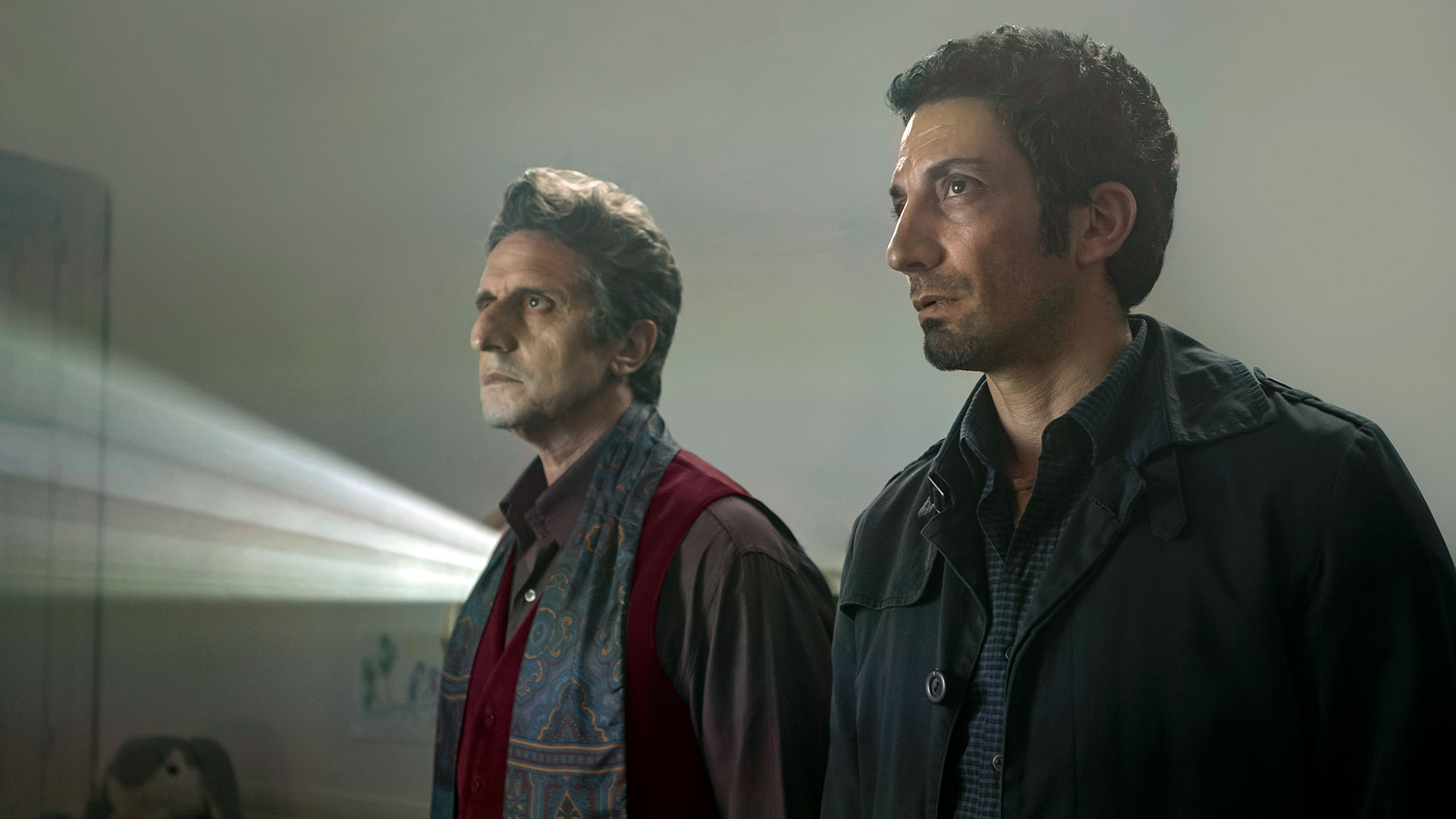 “The Wrath of God” can now be seen on Netflix. (Netflix)

The actress is on the rise. In parallel, while she is debuting with this title, she can also be seen in the father of the bridein which he returns to share with Diego Bonet. However, far from running after more series or feature films to seize the moment, Achaga enjoy every moment, from the interviews to the debut of each of their products. She also expresses herself as an actress who takes advantage of each shoot to learn from her colleagues and filmmakers: “I think it is worth emphasizing certain indications. The director, for example, emphasizes that the conversations must be very fast in general. Our dialogues in all the scenes, it is not that they are edited quickly, they are said quickly and at the end of the day, later, someone edits us, someone puts us to music, someone corrects the color. We act as a piece of the whole, we are a team. Not just us.”

The God’s anger It is also a “duel” between two of the most sought-after actors in fiction in Spanish. So much Peretti What Minujín are important names in the Spanish-speaking market and bringing them together and facing them was a challenge that Sebastian Schindel, director of an enviable filmography, carried out with great skill. the actor of simulators This is how he remembered it: “He is someone who attaches great importance to pre-production. In that sense, he is very faithful on set. So, for a script as precise and good as, in my opinion, this was, the actor rests comfortably between quotes, because it is not a comfortable film from the interpretation, rests comfortably in the fact that he has to act this and nothing else. 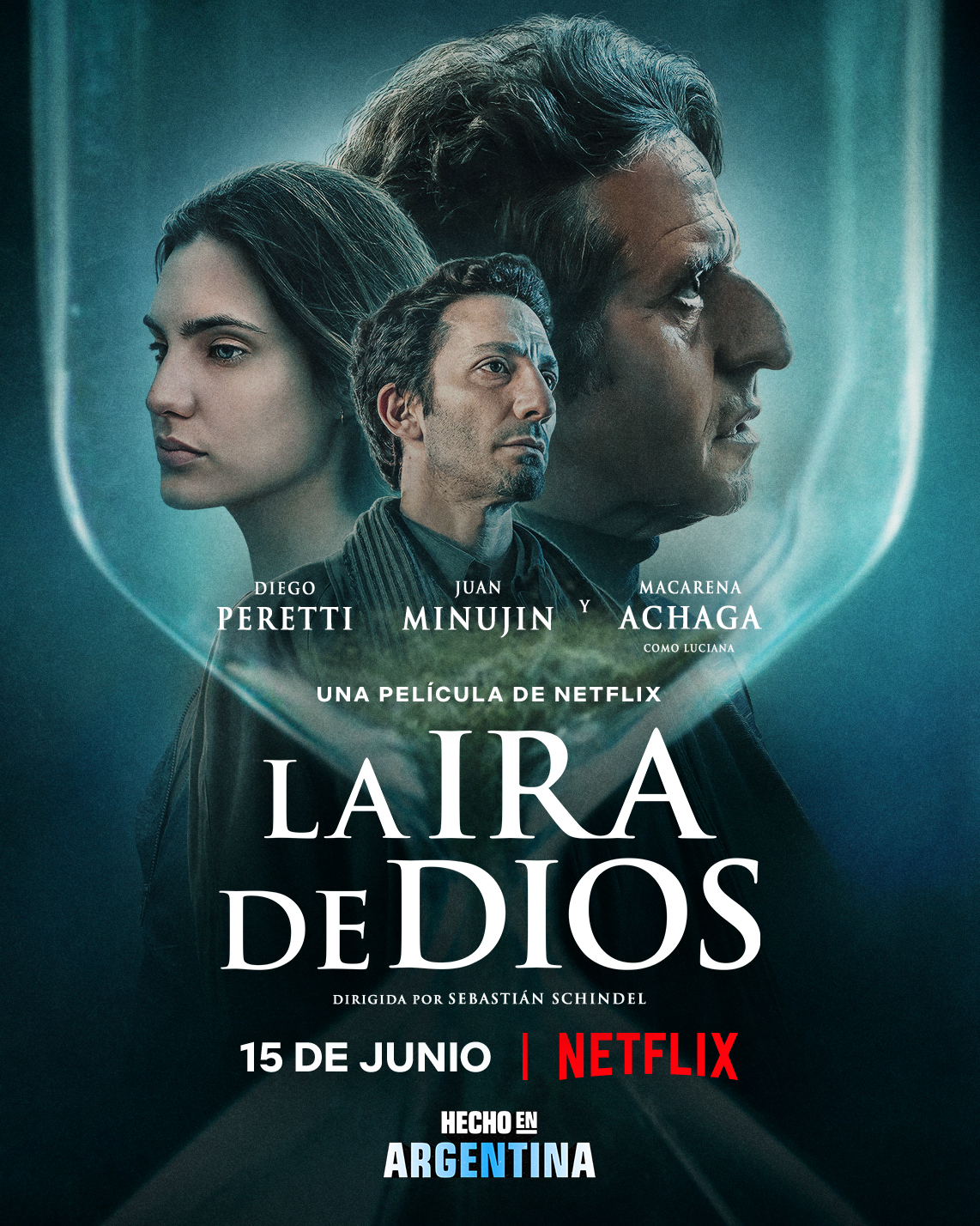 Poster for “The Wrath of God”, the new Netflix movie. (Netflix)

Again with the acting duel, both play writers. One of great success, but with a tragic present and the other, in a certain sense, frustrated by the career that he could not build. On the color question, both Peretti What Achaga, recognize that they would have liked to write a specific book. “I would have liked a good book of poetry by Bukowski,” he chose Peretti. Achaga, however, she clarified that she is more pop and chose a work by elizabeth gilbert: “I would have liked to write Eat Pray Lovea novel that I read very young and that accompanied me for many years”.

The God’s anger is already available in Netflix.

That’s how it is The God’s angerthe film with Diego Peretti and Juan Minujín that arrives on Netflix this Wednesday
Stranger Things 4: Netflix released the first images of volume 2
The Netflix documentary miniseries that serves to understand the real case that takes place in Stairs from HBO Max

Alone with Diego Peretti and Macarena Achaga for “The Wrath of God”, the new Netflix movie