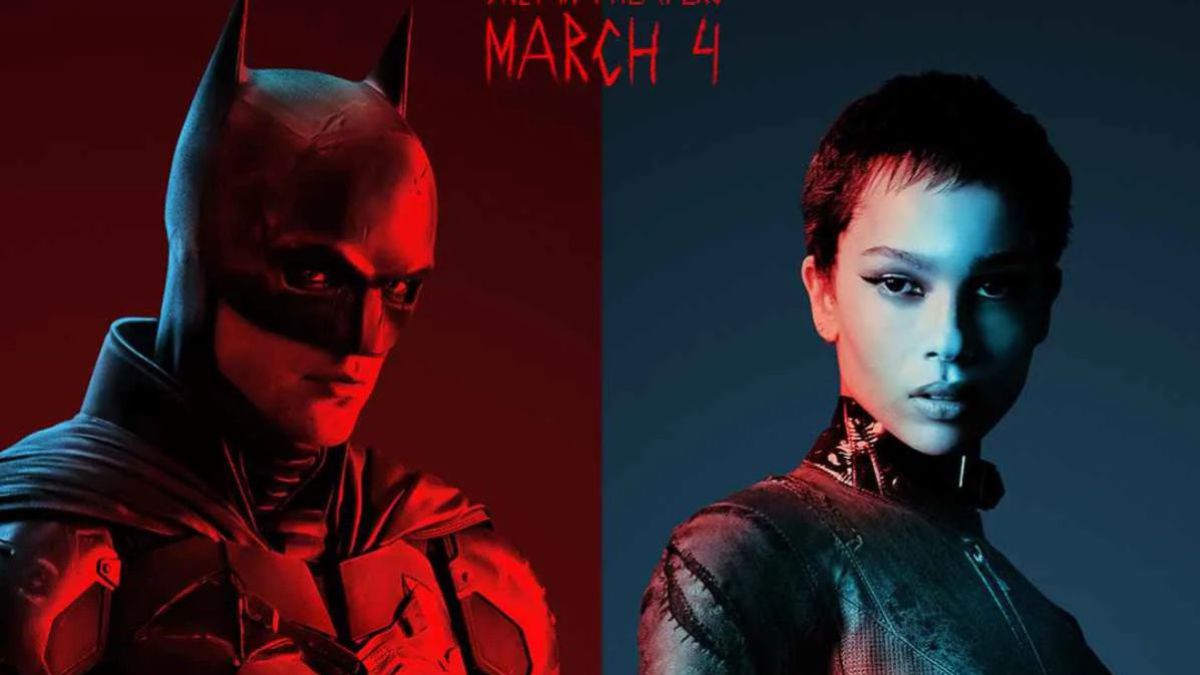 Hungover from the Easter holidays (or bridge), we face the penultimate week of April returning to normal. And to get through this Monday, we have the biggest premiere of the year in terms of VOD platforms in Spain -and practically in the world. because if you have HBO Max you can now see The Batman, the latest version in theaters of the dark knight.

HBO Max fulfills the promise of the 45-day window from the theatrical release of a Warner film to the release on its VOD service and premieres batman, which you can already see at home, on your mobile, etc, in this version of Matt Reeves with Robert Pattinson in the skin of Bruce Wayne that has brought a lot of controversy, although the same as in 1989 with Michael Keaton and in 2013 with Ben Affleck . And an art direction that seems more Noir than Nolan’s, with a special emphasis on a 1940s visual style – like the Gotham series, by the way – set apart from other cinematic incarnations of the dark knight.

But the premieres of the week are not only made up of bats, but there are more. HBO Max also brings season 2 of The Flight Attendant: Cassie Bowden (Kaley Cuoco) is living her best sober life in Los Angeles while working as a CIA agent in her spare time. But when an assignment abroad leads her to unwittingly witness a murder, she becomes entangled in yet another international intrigue.

And the cryptic -and dividing- TENET (April 23), the latest work by Christopher Nolan that premiered in the middle of the pandemic and arrives on HBO with its fragmented narration, a house brand -and with a Robert Pattinson who doubles with his The Batman in the same week, putting under the orders of precisely Nolan, signer of the praised Batman trilogy with Christian Bale.

on netflix the russian doll returns in a second season starring Natasha Lyonne that takes place four years after the first and will see Nadia and Alan discover a time portal in New York that will force them to confront their past all over again. Y let yourself go: The summer before college, the formal Auden meets the mysterious Eli. Night after night, he helps her enjoy her youth in a way unknown to her.

In Movistar+ we have the sacrilegious-erotic-religious delusions of the always iconoclastic and willing to shake consciences (and controversies) Paul Verhoeven in Benedetta, with a delirious fresco about apocryphal divine visions and lesbian nuns that has divided the whole world.

On Amazon Prime Video we have Better days, which follows the process of overcoming five characters who meet in a peculiar grief therapy for parents who have lost their partner. The series recounts the hard times that result from the loss of a loved one, optimistically showing how, despite the wounds, sooner or later it is possible to laugh again, love and, above all, live again.

On Target – The Rise and Fall of Abercrombie & Fitch

Conversations with a Killer – The John Wayne Gacy Tapes

Premieres by M+ (dial 30). Zombies, mad scientists, evil soldiers and heroes in search of a cure for humanity are the protagonists of this sequel to the Australian cult film ‘Wyrmwood: Highway of the Dead’.

Premieres by M+ (dial 30). The French Xavier Beauvois directs this dramatic thriller, studded with social criticism, about a Normandy gendarme overwhelmed by the reality that surrounds him. Premiering at the 2021 Berlinale, ‘Albatross’ co-stars Marie-Julie Maille, also co-author of a script -together with the director and Frédérique Moreau- that talks about family, friendship and an apparently idyllic society but marked by social injustices and economic.

Premieres by M+ (dial 30). Adrien Brody stars, produces, co-writes the script (with director Paul Solet) and even writes the music for this action thriller with social overtones. Set in deep America, this murky fable of revenge tells the story of Clean (Brody), a peaceful garbage man with a dark past who, although he seeks peace and redemption, ends up headed back down the path of fury.

Series 2 by M+ (dial 12). The final season concludes Jimmy McGill’s (Bob Odenkirk) complicated journey of transformation into hustler and criminal lawyer Saul Goodman. From the cartel to the courts, from Albuquerque to Omaha, season six follows Jimmy/Saul/Gene as they try to drop off Lalo’s (Tony Dalton) radar. The new episodes will also explore where her relationship with Kim (Rhea Seehorn) stands, as she faces her own existential crisis after leaving the firm and following Jimmy on her particular odyssey.

In the court of the little prince

The Dropout: The Rise and Fall of Elizabeth Holmes

the last man on earth

A madman on the loose in Hollywood

Explorer: Alex Honnold in the Amazon

My Big Little Farm: The Return

Polar Bear: how it was made

All a success of critics, audience and awards in the United Kingdom. Two brothers accidentally run over and kill an old man. Despite covering their tracks, their lives begin to unravel when the dead man’s neighbors and relatives begin to have doubts about how he died.

Ricardo Gómez, Bruna Cusí and Eneko Sagardoy are the protagonists of this camera drama and effervescent tension about grief and family secrets.

A banker from Geneva travels to Argentina in the midst of a dictatorship to replace his partner, the subject of the most disturbing rumors, and who disappeared overnight.

Almost 8 years after his death, Kurt Vonnegut remains one of the most popular literary figures of the 20th and 21st centuries. This documentary traces his extraordinary life and his friendship of more than 25 years with the film’s director, Robert B. Weide (“Larry David”).

All the premieres what to see this week on Netflix, HBO Max, Disney + April 18-24: The Batman