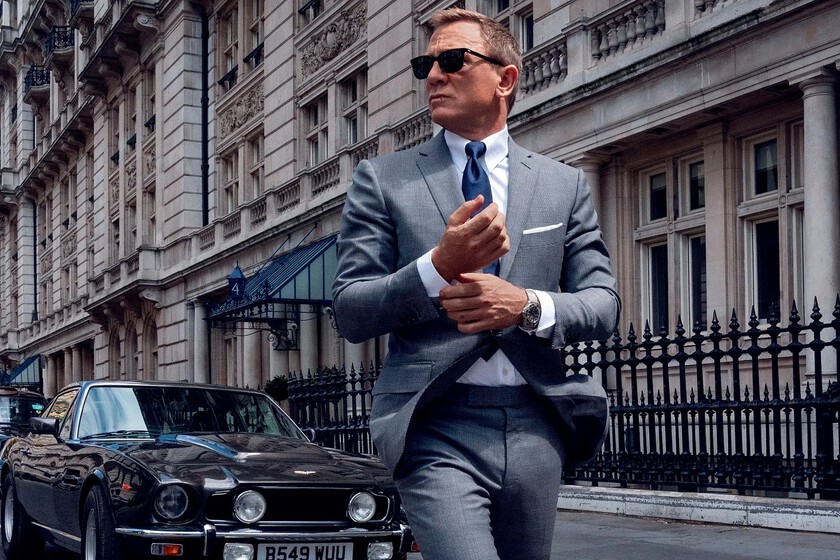 Barely a month has taken Prime Video to show off its mammoth purchase of the veteran film producer MGM. Both companies confirmed the purchase on March 17, and since then it has become known that Amazon owned the vast catalog of films and series of Metro Goldwyn Mayer for 8,450 million dollars. And among all the purchases made, one shone with its own light: the entire James Bond franchise.

Today we have learned that as of May 1, the 25 MGM James Bond films (they are out, as usual – and unless Amazon gets them by other means, the 1967 version of ‘Casino Royale’ and ‘Never Say Never ever’) will be available on Prime Video. That includes the last one, released just a year ago in theaters, ‘no time to die‘. Undoubtedly, a blow to the table by the Amazon platform, but… are the Bond films really so decisive in the war of streaming?

What else is coming to Prime Video. We already detailed it in its day, but it is worth remembering: with this agreement, Prime Video is not only made with Bond, but with a powerful classic film library (which in Spain can be seen on Filmin for an exclusive agreement that will possibly last a few months), in addition to other successful franchises such as ‘The Pink Panther’, ‘Rocky’, ‘The Silence of the Lambs’, ‘Robocop’, ‘Stargate’ or ‘Tomb Raider ‘.

It’s shopping time. This movement is part of a series of purchases that the big entertainment platforms are making, and that goes beyond traditional audiovisual and streaming. The first step was taken by Disney with buying fox, and that was added to Marvel, Lucasfilm, Pixar and National Geographic, already acquired by the company. With such a catalog Disney + was able to mount a streaming service to compete with Netflix and HBO.

Another recent case is that of SkyShowtime, an imminently opening platform owned by two other large conglomerates (Comcast and ViacomCBS), which will include content from Peacock, Paramount Pictures, Showtime, Nickelodeon and Universal Pictures, among others. And they are not just movements within streaming: Microsoft and Playstation acquire companies like Bethesda, Activision either Bungie, taking with them powerful portfolios and equipment to nurture their exclusive game catalogues. An acquisition race that has clear parallels with what is happening in the world of streaming.

But… how important is Bond really? Many of the younger viewers may see Bond as a relic of the past, a clear reflection of what happens in the 007 movies themselves. In a time when none other than Michael Bay is sinking at the box office because his majestic action do not have nothing to do with the Marvel antihero on dutyBond – even more classic in its ways – seems like an unappealing franchise to modern audiences.

However, Bond has some characteristics that work in his favor. To begin with, the most obvious of all: the name. james-bond aka 007 is one of the most famous characters in pop culture. He has been imitated, parodied, plagiarized and honored hundreds of times, and when we see a secret agent with little gadgets lethal, irresistible to women and with a certain old-fashioned elegance in bearing, dress or laconic manners, we all think of James Bond. When a saga like ‘Fast&Furious‘ includes espionage plots we say it gets bondianaAnd there’s no need for movies to be made: we all know who Bond is.

On the other hand, there are the numbers. the last installment, has had a spectacular collection and, at the same time, bittersweet. It has worked very well, it has shone high on the charts (fourth highest grossing film of 2021), but with a budget of 350 million dollars and a very high cost of promotion and marketing, it needed eight hundred million dollars to turn a profit. And it stayed at the gates, with some 774.2 million collections. Domestic exploitation is no longer what it used to be, so although we can’t call it a failure, the results are more ambiguous than those of previous Bonds.

Still, that doesn’t detract from the franchise’s box office total: nearly $8 billion, not counting home market profits. It is the oldest active franchise in history and has always successfully adapted to the new times: its own imitators in the sixties, kung fu and blaxploitation in the seventies, to science fiction in the eighties and, now, to Marvel. Bond is a born survivor. And to these dizzying figures we can add what is not counted: what brands of watches, suits and cars pay to appear in movies (a vehicle multiplies by 1000% its value after appearing in a Bond film), and the economy submerged of auctions, repurchases and publicity that is generated around it.


And what is Prime Video going to do with Bond? Arguably the least of what interests the Bond platform is the 25 films. Of course, they will promote it a lot and take advantage of the theme. But the business model of Prime Video is not exactly the same as that of Netflix or Disney +, as it is an extra that is included in the Amazon Prime rate. What Prime Video is interested in are the Bond rights. Own Bond.

That is, the possibility (always in collaboration and with the permission of Barbara Broccoli, co-owner with MGM of the rights to the character) to license the trademark to others. The possibility of generating new content, such as exclusive series for Prime Video based on secondary characters from the franchise, in modernizing classic Bond films, in adapting the adventures of the spy to series format. See what the platform has done, not to leave the espionage genre, with two famous spies whose first steps in audiovisuals were made in the cinema: Jack Reacher and Jack Ryan.

To be sure, Prime Video has the ability to think laterally and in a much more modern way than MGM, which only had the movies (and the occasional video game) to exploit Bond. Now, think about the reach and ambition of Amazon extending its tentacles simultaneously to theaters, cinemas and exclusive series on Prime Video and video games, choosing two, three, four new incarnations of Amazon with all the advertising paraphernalia that those ads entail – unparalleled to any other movie franchise – or plotting prequels and sequels to proven 007 hits. The least important, from a financial point of view, are those 25 movies.

All James Bond will be on Prime Video: it is Amazon’s big bet to win the streaming war